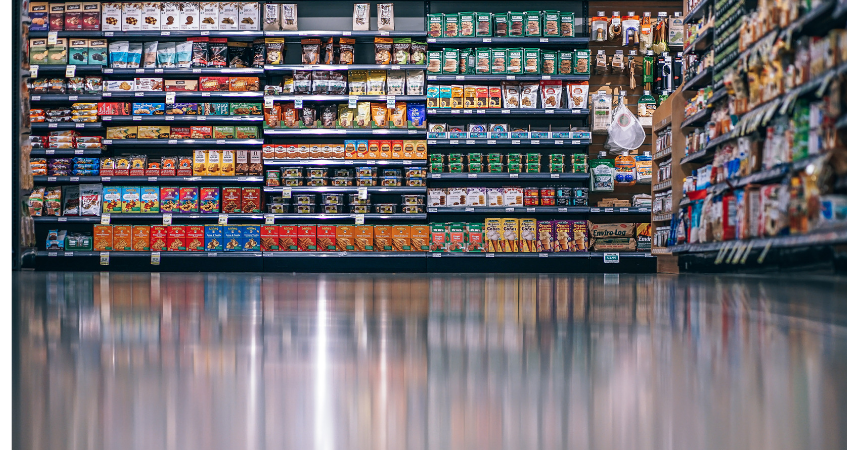 The history of advertising is full of translation fails. Some of them are not completely true, however, “Nothing sucks like an Electrolux” is often touted as a failed slogan translation. Legend has it that the Swedish vacuum manufacturer used it for a campaign in the US when in fact, the target was the UK market only. The agency that created it was from the UK and the pun was intended.

However, real translation horror stories do exist. Like the one involving a Ford model named Pinto. After launching it in Brazil, Ford realised that Pinto in Portuguese is a slang term for penis.

When talking about food products in particular, getting your translations right will be the first step towards a successful launch into a new market, but it won’t stop there. To attract local consumers, there is a good chance you will have to adapt other elements of your brand, such as the logo, packaging design, product formulation and (if you have a bricks-and-mortar business) even store layout. This holistic approach is called localisation.

Localising for the Asian market

Depending on how you do it, localising your food product may require a fair amount of time and money. And that leads to the obvious question: do I really have to do it?

The short answer is: yes. Avoiding localisation entirely can be a bad idea. If universally known brands like Coca Cola and KFC decide there can’t be a one-size-fits-all approach to foreign markets, you probably need to do the same.

This has become more and more necessary for the Asian market in particular. If you’re in the food industry, ignoring Asia is now impossible. Not only for the potential prospective growth but for how large it already is. China for example, imports more food from the EU than it exports to the EU.

The main foods that China buys from Western countries are staples like meat and infant formula. But the trend holds true even for non-essential foods like supplements. For example, by 2021, China alone is expected to consume 47.2% of the worldwide production of energy drinks.

At the base of this present and future market growth of the whole region, there is the impressive growth of a middle class with more money to spend. As the OECD Observer reported, “by 2030 Asia will represent 66% of the global middle-class population and 59% of middle-class consumption, compared to the 28% and 23% of 2009.” 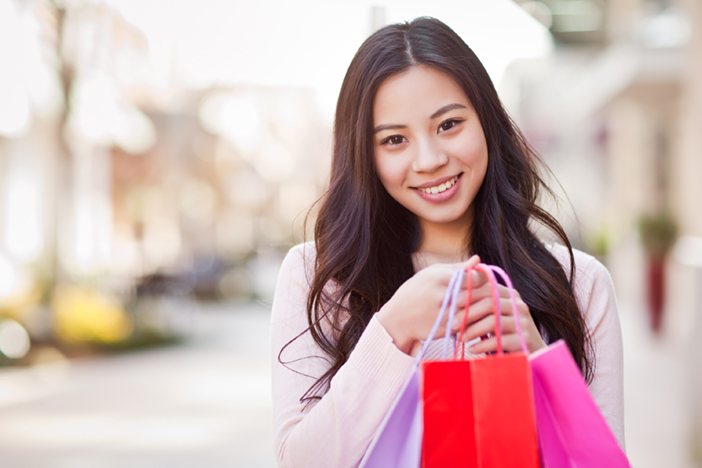 While more spending power is great news for Western brands, it comes with more sophistication. Not only do Asian consumers expect brands to speak their language, but also to appeal to their own tastes. Being a foreign brand is no longer enough, and that’s how localising becomes unavoidable.

Of course, there are exceptions to that, like in the infant formula example. China imports a lot of it from Western countries because, after a myriad of food safety scandals with tragic consequences, consumers just don’t trust national products anymore. In that case, being perceived as a non-Chinese brand will be a strong selling point in its own right and localising too much may even be counterproductive.

If anything, the real question is: “how much localisation do I need?”, which makes sense because it’s not something you either do or don’t, there are different degrees to it.

The first part of the process will be to figure out which elements of your product and brand to adapt and how. Where to start then? Here are two important aspects.

The first one is the budget. Localising is a business decision, an investment that is expected to give returns.

The other one is your commitment to the new market. How does the expansion fit in with your overall strategy? Do you have a long-term plan? And also, are you expanding to one new market at a time, or to several markets simultaneously (and thus focusing or spreading your budget accordingly)?

Once you’ve figured out the amount of time and resources you’re willing to invest in localisation, the next step is to look at exactly which elements of your product and brand you should adopt. Because time and budget are limited, it’s a matter of setting priorities, starting with the most important aspects. The only way to do that is through thorough research of the local market.

By “market,” we don’t mean an abstract concept, but real people, with their own language, social rules and specific ideas about religion, politics and sex. When your target customers decide whether or not to buy your product, all those factors will be at work and have a decisive influence over that decision.

In general, how much localisation is necessary will depend on how much difference there is between your domestic market and the target one. The more laser-focused you can afford to be, the better. You’re not simply looking at the market as a whole. You need to research your specific target customers in that particular region, or even city if necessary.

With the preliminary work done, it’s time to do the actual localisation.

Regardless of your budget and strategy, minimal due diligence starts from brand and product names: how do they sound in the local language? It’s not only a matter of staying away from sexual references (like in the case of the Ford Pinto), but also to avoid negative connotations that could ridicule your brand.

If you’re exporting your food products to China, the road is paved with cautionary tales of translations gone awry, so you should be twice as careful when picking a name. There are three strategies you can use.

If your brand name is a translatable word, you could use a Chinese ideogram that reproduces the original meaning. In that case, however, be aware of other ideograms that may have the same or very similar sound, but with negative connotations.

That’s what happened to household brand Mr Muscle, which was translated literally for the Chinese market. While that worked well for other languages, the Chinese ideogram for “Muscle” has a homophone that also means “Chicken.” The solution was to rename it “Mr Powerful.”

The second choice would be to find Chinese ideograms that sound like your brand name, but with a different meaning. For example, Carrefour was very good with that (and perhaps a bit lucky as well): their Chinese name is [jiā lè fú], which means “happy and prosperous home.”

However, if you try too hard to reproduce the sound of your brand in Chinese, it could backfire. Such was the case of American consumer electronics brand Best Buy. When they opened their stores in China, they opted for a mixed approach. They used a literal translation for “Best” and a similar-sounding ideogram for “Buy.” The resulting meaning, however, was something along the lines of “Think a hundred times before you buy”.

Finally, you could use ideograms that sound and mean something completely different. Sound and meaning are two very important aspects of your brand, but by giving them up, you’ll have complete control over the result. That’s what Heineken did: their Chinese name is “Xi li” or “happy strength.”

After you’ve made your brand and product blunder-proof, it’s time to make them more appealing to consumers. Here, the sky is the limit (together with a budget) and there are plenty of successful examples around.

For food products, the two most important aspects are visual identity and product formulation.

Visual appearance is a language in itself, so the main questions to ask will be similar to those we mentioned above. How will the new market perceive your brand’s colours, logo, symbols, etc? Is a “word-by-word” translation appropriate, or could there be a negative association with any of its elements?

More in general, you may want to ask yourself how important the visual appeal is to the target market. As it turns out, for Chinese consumers visuals may matter a lot. For example, Swedish brand Absolut vodka hired a Chinese artist for the design graphics of a limited-edition bottle. The result is not only visually stunning but also completely in tune with Chinese culture.

In those markets where the local language is not based on the Latin alphabet (China is, again, a notable example), another aspect to consider is the balance between the localised brand name and the original one. Should you include them both on the package? And which one should be more prominent? Again, the answer may depend on your brand’s popularity and how good it is to be perceived as a foreign product in that particular market segment.

Visual identity and language are strictly connected, and while that can complicate things, it also offers a great chance to create a successful localisation. A good example is how Coca-Cola adapted its “Share a Coke” campaign for the Singaporean market. Instead of using common first names like in other places, they used colloquial local terms and Singlish phrases.

When it comes to packaging however, it’s not all about the visuals. Size and shape matter as well. Good preliminary research on the social habits and economic condition of target customers will help you get that aspect right. For example, while bulk packaging makes sense for the US market, in developing countries people tend to prefer smaller sizes.

The formulation is another good candidate for localisation. Kit Kat became a textbook example of how adapting to local tastes can be wildly successful. For the Japanese market, Nestlé hired Japanese chefs to create unique flavours of their chocolate bar. Over time more than 300 seasonal and limited editions were created (and yes, sushi is one of them).

Having said all that, bear in mind that if your target market pays more attention to price than looks and tastes, your strategy will be the opposite. To make your product as cheap as possible, it will be convenient to strip packaging of all artistic frills and, if possible, remove expensive ingredients from the formulation.

What about bricks-and-mortar stores? The case of Starbucks

Starbucks is a good example of how localisation can extend way beyond language and be heavily influenced by the social habits of consumers.

Because of the brand’s worldwide popularity, there was no need to adapt its logo or name for the Chinese market. However, they soon realised that the layout of their coffee shops wasn’t working in the new context. In a typical Starbucks, customers drink coffee alone or in small groups, and that’s reflected in the way tables and furniture are arranged. By contrast, people in China go to cafeterias in large groups. As a consequence, Starbucks decided to adopt the layout including larger tables.

Localising doesn’t have to be complicated. When it does get complicated, it probably means you need to do more research. Here are a few important things to remember while going through the process.

Think globally, but customise locally. Within the same country, buying behaviours can vary greatly from north to south, region to region, or even from city to city. To find out more about localising your food products for international customers, talk to our specialist global product preparation team. We have a network of skilled experts all over the world that can deliver the local knowledge you need to ensure of a successful market entry.