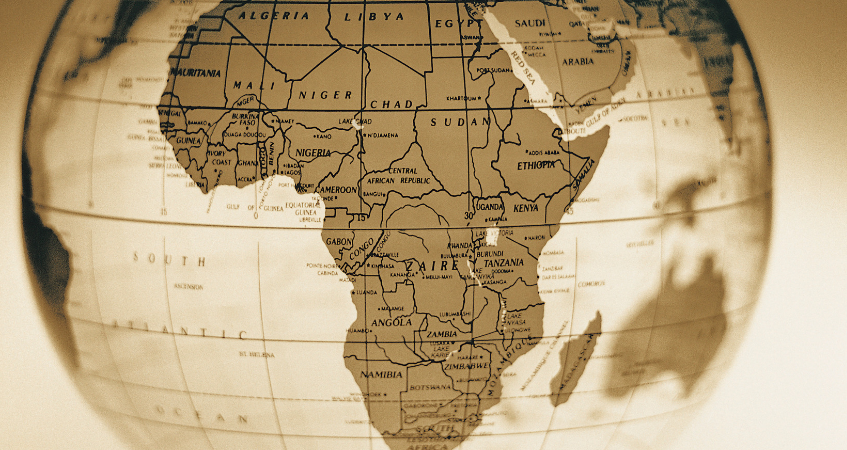 Estimates of the number of languages people speak on the African content vary from 1,500 to over 3,000. Around 100 of these are used widely, for communication between people from different tribes and groups. Meanwhile, there are at least 75 languages in Africa with over 1 million speakers.

Why does Africa have so many languages, anyway? First of all, let’s state the obvious: it’s an enormous continent, not a country. There’s long been a tendency for Europeans and Americans to treat Africa as a monolith, but it’s not.

Second, Africa is the cradle of humanity. Humankind evolved there first and then spread across the globe. That means there’s simply been more time for languages to change and for new languages to form.

[I]n the case of Europe, you have to factor in the emergence of various empires, and these various empires were assimilationist and they may have driven a number of languages already to extinction . . . Traditional African kingdoms were not as assimilationist as the European empires…say the kings relied on interpreters to translate to them what was coming from territories that they ruled but where people spoke different languages, there is no particular reason why we should be surprised that there are so many languages spoken in Africa.”

Whatever the reason, this means that Africa presents a challenging linguistic landscape for businesses that wish to be understood by the local population.

The most widely spoken languages in Africa are:

The African Union didn’t have a single native African language as an official language until 2004.

Until then, the AU operated in English, Portuguese, Arabic, and French. In 2004, former Mozambique president  Joaquim Chissano gave his last speech as chairman of the African Union in Swahili. African leaders were taken aback and had difficulty finding last-minute interpreters.

But he made his point. Swahili, one of the top African languages with over 100 million speakers, became an official African Union language later that year.

The most translated short story ever was originally written in the African language Gikuyu.

The story, called “The Upright Revolution: Or Why Humans Walk Upright,” by Kenyan author  Ngũgĩ wa Thiong’o, has been translated into 54 languages.

Zimbabwe is the current Guinness Book of World Records Holder for being the country with the most official languages.

Zimbabwe has 16 official languages, the most of any country in the world. They are:

Meanwhile, South Africa is close behind with 11 official languages:

One of the written languages in “Black Panther” is based on Nsibidi, a Nigerian script.

Some Nsibidi symbols date back as early as 400 CE. There are thousands of them, dealing with topics as diverse as religion, warfare, and love. In Indiewire, production designer Hannah Beachler explains that the filmmakers, inspired by these symbols, the work of LA graffiti artist Retna and African tribal graffiti, “mixed them, bringing our own aesthetic to it and made an entire alphabet.”

In “Black Panther,” Wakandans speak Xhosa. Not everyone is happy about that.

Wakanda may be a fictional country, but there’s no imaginary language here. Xhosa is a real African language with 8.2 million speakers, mostly in Zimbabwe and South Africa. It’s a Bantu language, but it borrows some click consonants from Khoisan languages.

That said, not everyone agrees with this choice. Wakanda is located in East Africa. Therefore, some bloggers have argued, it would have been more accurate for the filmmakers to choose a language from that region. Swahili, perhaps. Remember, Africa is a vast continent with a kaleidoscope of languages and cultures, not a generic monolith.  And Xhosa is from southern Africa.

So, why did the filmmakers choose Xhosa? Actor John Kani, who plays T’Chaka, the old king of Wakanda, in the film, is from South Africa. During filming for Captain America: Civil War,  Kani insisted on changing some lines from English to Xhosa, saying “‘Why am I speaking English to my son?’ We are supposed to be from Africa.”

Trying to communicate with people from Africa? If you want to do that effectively, you’ll probably need help with translating or localizing your content. So, check out our language services, and feel free to get in touch!