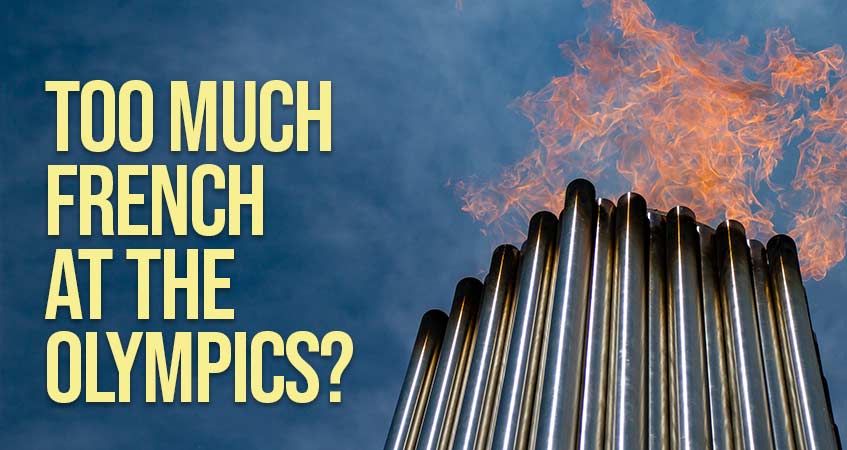 The Olympics are supposed to be about mutual respect and harmony. However, the games that bring the world together are reigniting a long-simmering cultural feud in Canada. Canada is officially bilingual; French and English are both official languages. But, the Opening Ceremony left some French-speaking Canadians feeling slighted, according to this article on CTV.ca.

Although the opening of the Games was announced in French and then in English, the speech given by Games CEO John Furlong was almost entirely in his native tongue, English. Also, there was only one French-speaking performer in the line-up, which also included English and First Nations performers.

Adele Mercier, a professor of philosophy specializing in language at Queen’s University, told CTV.ca that:

“I think the problem is that the French were treated . . . as just another subculture that Canada has, that we are all happily tolerating. This is irksome for official and historical reasons…It strikes a chord among French Canada because French Canadians have a historical memory…the first colonists’ approach to French Canadians was to try to assimilate us and this was almost as good a representation of the fact that it has succeeded.”

Hopefully, the closing ceremony will be enough to make up for the opening ceremony for those who felt slighted. The Globe and Mail quotes executive producer David Atkins:

“The closing ceremony actually [has] a little more French in it, to be honest, and it was a creative choice we made right from the outset. I think that the critics of the amount of French content, hopefully, will find the closing a little more palatable.”

Tags: canada Olympics
Previous Post Is Romance the Best Way to Learn a New Language?
Next Post How Do Babies Learn Language?