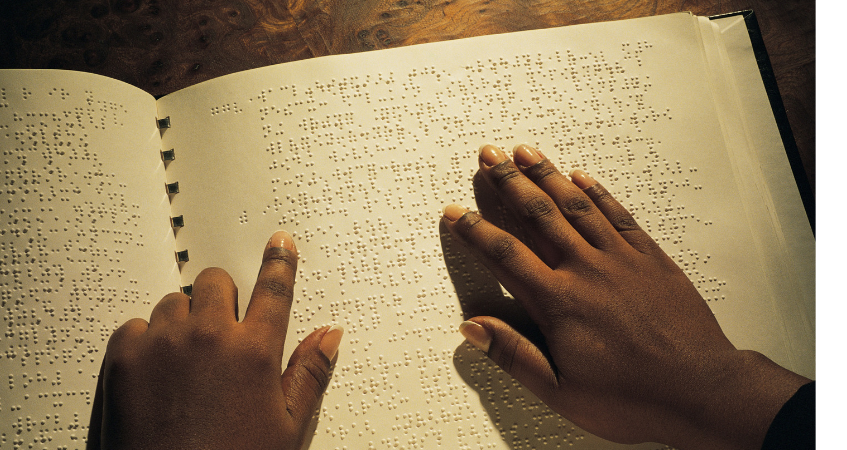 I have been beavering away here at K International since May of this year and this is the first blog that I would like to share with you all. I’ll be blogging again soon, mainly about my two great passions in life – Motorsport & Photography – but I will save those for another day.

I wanted to share with you a project that I’ve undertaken recently, as it’s always nice when some work comes along that really makes you feel alive and happy to be involved.

Picture this; the telephone rings one afternoon and a voice asks if I can organise a quotation for the transcription of a letter into Braille, which of course I was happy to. The voice then introduces himself from a company called Fascination Management… he tells me that he is the Manager of a band, and then very casually tells me that I may have heard of his band – they are called The Saturdays!!

The conversation that followed was both surreal and heartwarming.

The Client explained that he needed a letter transcribing into Braille. He explained that this letter was to a young lad, who The Saturdays had sat with during The Pride of Britain Awards. Unfortunately, this child had lost his sight in both eyes; if you saw him collect his award on TV as I did, you will remember his courage, his amazing attitude and his lovely smile. The letter was from The Saturdays themselves (Vanessa, Rochelle, Una, Frankie & Molly) to this little lad telling him how great it was to meet him and how they are looking forward to seeing him again when they tour. It really was incredibly touching.

I thought it was an admirable gesture by the client and his band to not only go to the trouble of writing to this young boy the day after the awards ceremony (he had clearly made a lasting impression on them!) but also to go to the trouble of writing to him in Braille. After all, they could have sent a normal letter for his parents to read aloud to him.

I was more than happy to arrange this transcription free of charge and I had the completed work on my desk 24 hours later (48 hours after the programme was aired).

It was such a heartfelt letter and a selfless act by The Saturdays and their Manager… it’s comforting to know there are still some good people in this world who, despite their busy lives and endless commitments, can still find the time to consider others who are less fortunate than themselves.

For me personally it was incredibly warming to have played a small part in arranging this and I am sure that unbeknown to the Hertfordshire postman that day, as he pushed yet another envelope through yet another door, he was just about to make a little boy very happy indeed.

0 thoughts on “Braille at The Pride of Britain Awards”