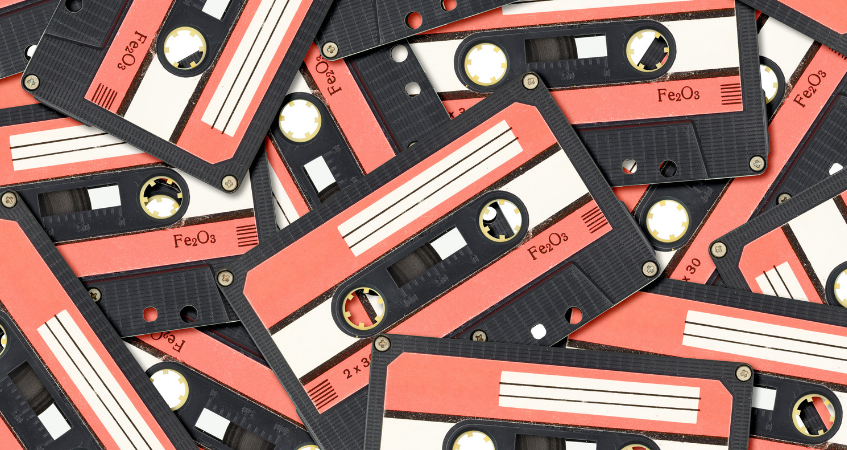 Did you know that 27 October was the World Day for Audiovisual Heritage?  The goal of this observance is to “raise general awareness of the need to preserve and safeguard important audiovisual material for future generations.” “Audiovisual heritage” can include anything from movies to TV to radio broadcasts. UNESCO calls these “the primary records of the history of the 20th and 21st centuries.” However, these records are more fragile in some ways than the journals, letters and newspaper articles of years past. For example, UNESCO notes that “sound recordings and moving images can be deliberately destroyed or irretrievably lost as a result of neglect, decay and technological obsolescence.”

Around the world, digital archivists look for strategies to preserve these pieces of our shared history. Much of the work involved is technical- trying to find ways to keep original media intact and accessible or copying it into a digital format. However, translators and transcriptionists also have a crucial role to play in preserving these materials.

Transcription is one way to preserve the content of an audiovisual resource.  Digital transcriptions also have the advantage of being easily searchable. However, transcriptions are no substitute for the original content. Nor is transcription a replacement for proper storage and digitisation. The magic of actually hearing voices and seeing images from the past is irreplaceable.

That said, transcription is still an essential part of the preservation process. For example, the US nonprofit organisation LYRASIS recommends that all recordings be transcribed and indexed, with multiple copies of the transcription saved in different formats.

Translation has always played a vital role in the preservation of knowledge. For example, Arabic translators helped preserve the work of ancient Greek philosophers when Europe was stuck in the Dark Ages. Likewise, translating audiovisual content can help ensure its survival. Even more important, translation makes the content understandable to a wider audience. As UNESCO notes in its publication on Audiovisual Archiving: Philosophy and Principles, “preservation is never an end in itself: without the objective of access it has no point.”

UNESCO also notes that there’s an opportunity for translators to help make both audiovisual resources and media scholarship available worldwide:

[T]his wealth of knowledge is not equally available to all. To the extent that much of it is written in English, non-English-speaking professionals are at a disadvantage.

Clearly, translation has an important role to play in making this knowledge more accessible to everyone.

As noted above, many audiovisual resources are currently only available in formats that are difficult to protect from decay. Or, they require obsolete equipment to play. That’s why digitisation is so important. A digital copy may not be able to completely replicate the unique experience of watching the original content in its original format. That said, it can protect the originals by reducing the need to handle them.  And it ensures that some version of the content is likely to survive even if the original is destroyed.

Translators and transcriptionists can play an important role in this process by making the content more accessible to both scholars and the general public. For example, the British Library and the Qatar National Library formed a partnership to digitise the British Library’s collection of documents and sound recordings from the Gulf region.  They also decided to make the records available worldwide in both Arabic and English using a bilingual web portal. The project is ongoing, with K International coordinating the translation aspect. We couldn’t be prouder of the result – a digital library that brings thousands of forgotten stories to life and makes it easier than ever for academics, historians and the general public to access them.

Researchers estimate that every 14 days, another language goes extinct. Audiovisual preservation plays a crucial role in protecting these languages for posterity. Even recordings of languages that have been extinct for decades can shed new light on historical questions.

For example, the Northeast Document Conservation Center (NEDCC) digitised a fragile recording of the Attu language, extinct since 1994.  This allowed a speaker of a related language to create a rough translation of the tape. For the first time, the story of the last days of the Attu people became part of the historical record:

During World War II, Japanese forces had captured the residents of Attu and sent them to a prison camp in Japan. Of the 45 recorded prisoners from Attu, the 25 who survived could never return to their island, which had been a battle site and remained dangerous due to unexploded munitions.

Transcribing and translating audiovisual material is exciting. However, translating audiovisual preservation guidelines and best practices is even more important. Around the world, these recordings are in danger of destruction, whether from improper handling or the effects of time itself. Audiovisual archivists need up-to-date information on how to preserve them, preferably in their own language.

To appreciate the importance of these resources, check out the UN’s audiovisual library for a great selection of historical audiovisual materials.

Of course, if your organisation needs assistance transcribing or translating any of your audiovisual materials, feel free to contact us. We’d love to help!

Tags: transcription
Previous Post Project Managers and Translators Working Together
Next Post What To Do If Your Products Are Stuck At the Border