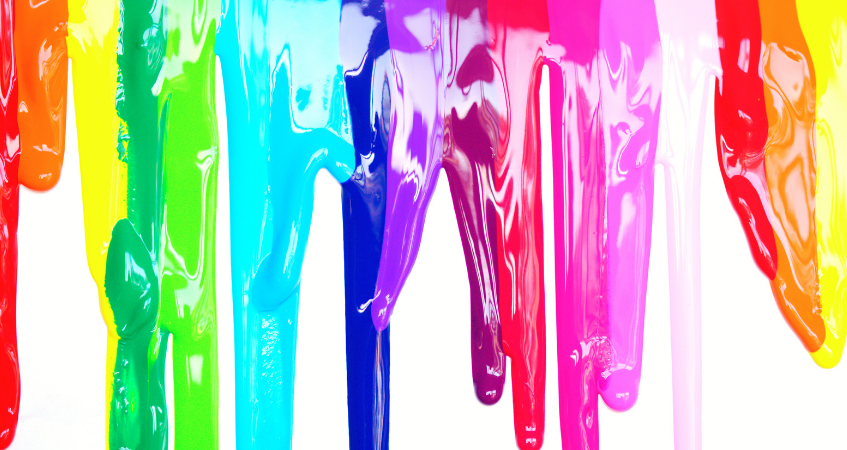 A rose is a rose by any other name . . . but would it still be red in any other language?  We all have the same eyes, of course.  But different languages classify colours differently, and that influences the way people from different cultures perceive the same colour.

Want to learn more? Here are 7 facts about colours in other languages, and how language affects the way we see colour.

Do you remember making colour wheels in art class when you were a child? Those wheels demonstrate how we divide and classify colours. English has 11 basic words for colours: black, white, red, green, yellow, blue, pink, grey, brown, orange and purple.

But a colour wheel in another language might look a little bit different. Some languages have more words for colours, while others have fewer.

Some languages have 12 basic colour words.

For example, Russian and Greek both see light blue and dark blue as separate colours, in the same way English speakers divide “red” and “pink.” Other languages, like Irish and Turkish, differentiate between different types of reds.

The Pirahã language only categorizes colours as “light” and “dark.” To describe an object’s colour in more detail, the Pirahã describe would describe it as being “like” something else.

Other languages notable for having few colour terms include the Himba language. According to researchers from the University of Essex (cited in Wikipedia), Himba has only four colour terms:

Other sources say they have five terms and include the word serandu for some shades of red, orange and pink.

As you can see, a Himba colour wheel might look quite a bit different!

For example, Japanese has words for green (midori  and guriin) and a word for blue (aoi). But they didn’t start making that distinction until fairly recently (more on that below). So, “green” is often treated as a shade of blue, and not its own separate color.

Your language affects how you see colour. . . to an extent.

Unless you’re colourblind, everyone around the world sees the same colours. But, because different languages break down colours into different categories, the language you speak affects how your brain interprets them.

As Professor Anna Franklin of the University of Sussex explained to Horizon Magazine:

“Russian has two words for blue – it distinguishes the darker and lighter blues into separate categories. Russian speakers, because of this fundamental distinction, are more sensitive to colours in that region of the spectrum. We can test this by measuring the electrical activity of the brain from the scalp in Russian speakers compared to others when they are asked to differentiate between two shades of blue . . .  Language hasn’t fundamentally altered how colours are seen, but it has changed what we do with the information.’

Meanwhile, the New York Times described an experiment that compared the way the Himba see colours with the way Westerners see colours:

[W]hen tested, members of the tribe, who are likely to have trouble with blue-green distinctions that most Westerners make easily, readily distinguish among greens that tend to look the same to Western eyes.

*A post from Language Log clarifies the result of this experiment, which has been overdramatized by the media and the Internet: The Himba can definitely differentiate between blue and green . . . it just takes them longer than Westerners to do so.

Colour words can change over time.

Nobody is 100% sure why different cultures categorize the spectrum into different colour categories the way they do. But these categories aren’t fixed . . . like other words, color words can evolve over time.

For example,  this study of Australian Aboriginal languages shows that languages can definitely add new terms over time . . .  and they can most likely lose them, too.

In fact, not only does the Japanese language classify green as a “shade” of blue, but the Japanese words used for “green” are both fairly recent, as words go. “Midori” dates back to around 1000 AD. Guriin was adopted from Dutch.

According to Empirical Zeal, the Japanese began differentiating between midori and ao as a result of exposure to Western culture. First, there were boxes of crayons, imported beginning in 1917. Then, during the Allied occupation of Japan, Japanese schools began teaching children to differentiate blue from green to meet Allied educational standards.

There was no pink in Shakespeare’s time.

In English, pink is the most recent basic colour term. The first recorded use of “pink” describe a colour is from 1733, over a century after Shakespeare’s death.  Originally, “pink” was the word for dianthus, a type of flower.

When you need more than just colours in different languages, our comprehensive translation services can handle all the words under the sun for you.

Do you know of any other interesting facts about colours in other languages? Let us know in the comments!