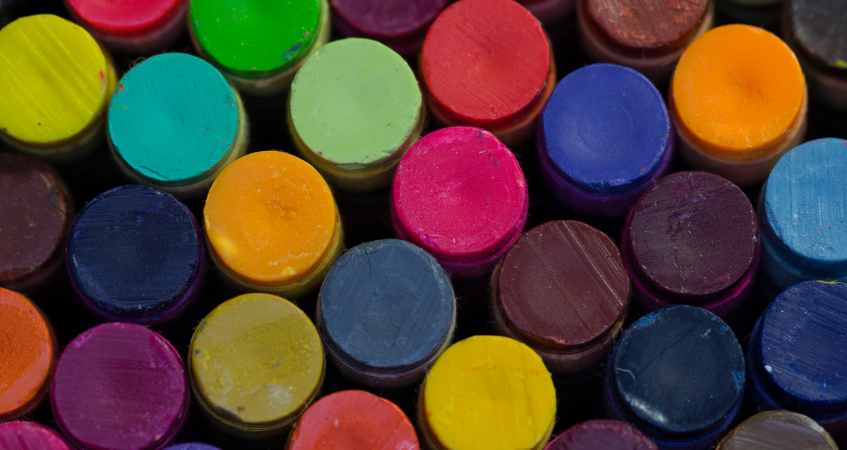 A rose by another name might still smell as sweet…but would it be as red? That might depend on the language you speak. The amount of influence that language has on how we see the world has been debated for centuries, but studies do seem to support a relationship between the words we use and our perceptions.

This is especially true when it comes to how we see colors, as this infographic at muyueh.com illustrates. Using data from the English and Chinese versions of the Wikipedia entry on color, the visualization shows the differences in how English speakers and Chinese speakers describe color.  According to creator Muyueh Lee:

Language represents our view of the world, and knowing its limits helps us understand how our perception works. I used the data from Wikipedia’s “Color” entry for different languages. My assumption was:  “Different languages have different ways to describe color.”

So how does English compare with Chinese? Looking at the infographic, it’s clear that English (or at least the English Wikipedia article)  has more words for color than Chinese does. Additionally, the most popular “base color words” in Chinese are red, blue and green. In English, it’s blue, green and pink. English also differs from Chinese in using place names to distinguish between colors, like in “Persian Blue.”

The visualization is interesting, though Wikipedia is obviously not the most reliable source of data. But what does it mean? Do differences in the way different languages describe colors affect what people see? Does having more ways to describe colors help you to perceive differences in different shades? A couple of studies, summed up in the Daily Mail, suggest that they might:

A 1954 study found that Zuñi speakers, a tribe of Pueblo Native Americans, found they do not differentiate between orange and yellow. As a result, they have trouble telling them apart. A separate study focused on how Russian speakers have separate words for light blue (goluboy) and dark blue (siniy).  MIT recruited 50 people from the Boston area in Massachusetts, half of whom were native Russian speakers. They found they were 10 per cent faster at distinguishing between light (goluboy) blues and dark (siniy) blues than at discriminating between blues within the same shade category.

Possibly more important from a business standpoint is the way the same colors can have different meanings and associations across cultures.  For example, purple is associated with royalty in the West, but in Thailand it is associated with widows and mourning. It’s important to make sure all aspects of your brand translate well into your target markets. We can help!

0 thoughts on “Colors in Translation”