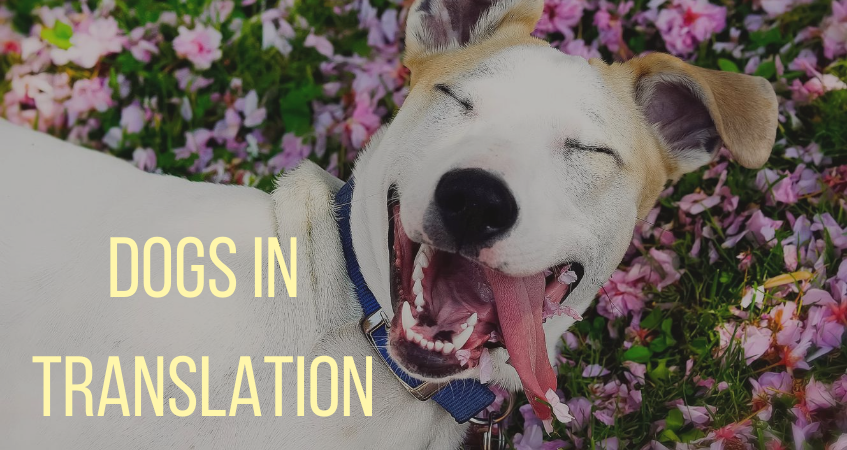 In the Northern Hemisphere, the hot, lazy “dog days” of summer are at an end.  In recent years, the United States, the United Kingdom, Italy and New Zealand have marked the occasion by celebrating “National Dog Day.” National Dog Day is a holiday to celebrate all things canine, as well as to bring attention to the many dogs waiting for homes in shelters and rescues.

In honor of  National Dog Day, we’ve put together this collection of interesting translations and  facts about mankind’s oldest and most loyal companion.

How to Say “Dog” in 15 Different Languages

With a Woof-Woof Here and a Bow-Wow There

Do dogs bark in different languages? Not really…but each language represents the sound of a dog barking differently (this is true for other onomatopoeia words as well.) Here’s what Fido sounds like across the globe:

For more, see this article from Psychology Today

Fun Facts About Dogs From Around the World

In Ancient Egypt, dogs were mummified and (if they were lucky) buried at the temple of Anubis at Saqqara.  Some actual ancient Egyptian dog names include  Blacky, Brave One, Reliable, Good Herdsman, North-Wind, Antelope and Useless. I’ll admit I’ve used “useless” as a term of endearment for my pups before- I guess some things never change!

As far as I can tell, the oldest living dog in the world was rescued in 1985, and is still living in Poland. His name is Minius.

Currently, the world’s smallest living dog is an American chihuahua named Boo Boo, who measures just 4 inches high. However, this tiny, 3.25 ounce Polish puppy named Meysi may dethrone her if she makes it to one year old!

The tallest dog is an American Great Dane named Zeus. He is almost 4 feet high (111.8 cm) at the shoulders!