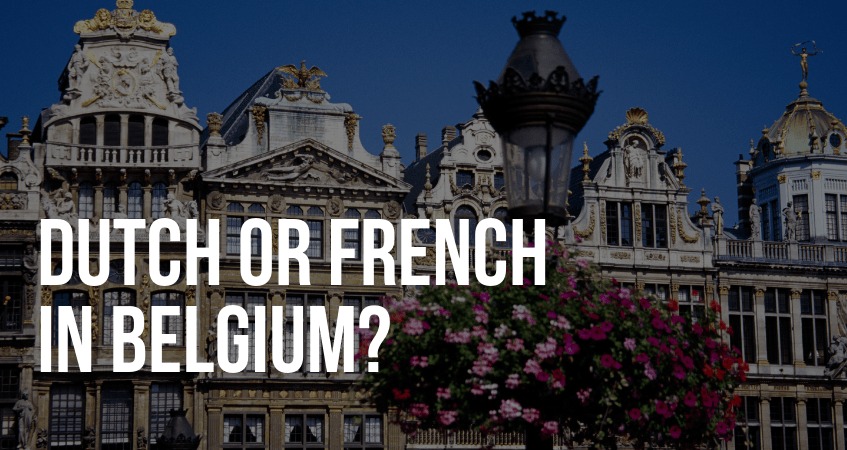 Belgium is like two countries rolled up into one-French-speaking Wallonia and Dutch-speaking Flanders. Soon, the tension between the two may split the country apart.

The conflict between the two language groups goes back to when the country was founded in the 19th century. At that time, the country’s ruling class spoke French. In fact, if you wanted to be anyone in Belgium, you had to learn to speak French even if you grew up speaking Dutch. However, the majority of the people in Flanders, a slim majority of the population Belgian population as a whole, speaks Dutch (or Flemish). Over time, the Flemings were able to make Dutch the official language of Flanders, while French remained the official language of Wallonia.

A recent article in The Guardian describes just how fragile this linguistic compromise has become: Walloons and Flemings live apart, work apart and generally don’t marry. In the few bilingual communities, French-speaking students learn in separate classrooms from their Dutch-speaking counterparts. The tension between the two groups has left the government crippled.

The article quotes Jeroen Vermeiren, a Flemish bookseller just outside Brussels, who reassured the newspaper that:

“We won’t fall into madness, like Serbia and Croatia. But it creates great emotions on both sides.”

The Guardian wryly notes that while the two halves of Belgium are divided by language and culture, there is something that unites them: the national debt. The article compares the two sides to:

“a couple trapped in a loveless marriage, eyeing divorce but unable to agree on the mortgage liabilities,” and says that “the Flemings and the Walloons may be stuck together because of the cost of splitting up.”

Shared debt is not a good foundation for a country any more than it is for a marriage. Hopefully, the two sides are able to work something out and move ahead amicably, either as fellow citizens or just as neighbours.

Tags: French
Previous Post Real-Time Mobile Translation To Be Available Soon
Next Post Shanghai Tries to Clean Up Its Chinglish

2 thoughts on “Dutch or French in Belgium?”