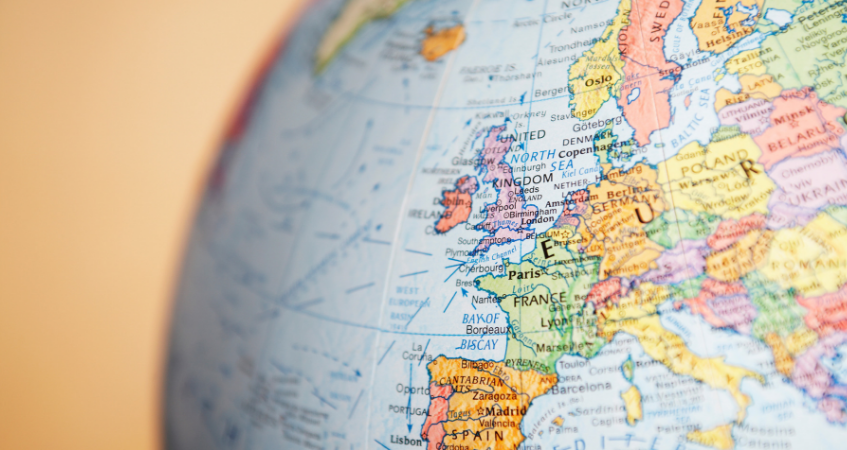 What does English have in common with Hindi? To the confused English-speaking traveller in India, not much.  But the similarities are there, obvious enough if you look, in words that sound strikingly similar.  That’s because both languages are part of the Indo-European language family. In fact, most of Europe and many parts of Asia speak an Indo-European language.

Spoken in:  Finland and parts of Sweden
Number of Native Speakers: 5.4 million

While Finland is considered a Nordic country, the Finnish language bears little resemblance to nearby languages like Swedish.

That’s because it’s not even in the same family. Finnish is part of the Finnic language branch of the Uralic language family. Long ago, before Indo-European speaking tribes arrived in Europe, near the Ural Mountains and the bend in the middle of the Volga River, people spoke a language called proto-Uralic. The Finnish language is descended from this ancient tongue.

Like Finnish, Hungarian is a member of the Uralic language family.

Like Finnish, Estonian is a Finnic language and is part of the Uralic language family.

Spoken in: Basque Country in Spain and France
Number of native speakers: 750,000

The Basque language is a language isolate- it is not related to any other known languages. Nobody quite knows where it comes from, though scholars believe that Basque predates the arrival of Indo-European speakers to the European continent.

Spoken in: Parts of Finland, Norway, Russia and Sweden
Number of native speakers: 30,000

Sámi is a group of closely-related languages spoken by the Sámi people. Traditionally, the Sámi were semi-nomadic and lived off the land, often by herding reindeer. The Sámi languages are in the same family as Finnish.

Fun facts about the Sámi languages:

Unlike other European languages, the Maltese language evolved from Arabic and is classified as a Semitic language.  Although it comes from Arabic, it has also been heavily influenced by Italian.

Fun facts about the Maltese language:

Whether you need to translate content into an Indo-European language or a non-Indo-European language, K International has you covered. Our expert native-speaking translators and other experts are here to be your voice in another language. Take a look at our language services and contact us for your next project.

11 thoughts on “Six European Languages That Are Not Indo-European”