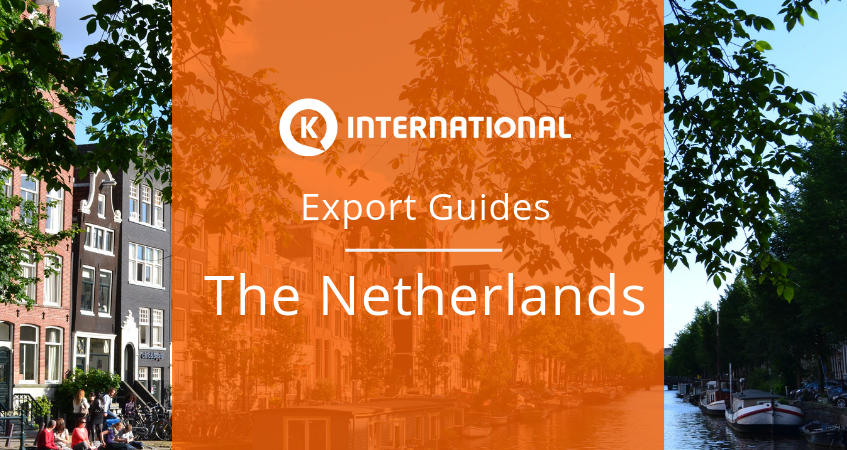 The Netherlands offers an inviting business environment for foreign companies, with a superb infrastructure and forward-thinking international business strategy. The value of foreign business in terms of job creation and economic input is highly prized by the Netherlands and the company’s business climate is a political priority. Forbes ranked The Netherlands seventh in the world in its ‘Best Countries for Business’ 2016 ranking.

Many UK companies take advantage of The Netherlands’ welcoming business environment. As such, this business culture guide is provided to support UK exporters in their dealings with The Netherlands.

Dutch is the official language of The Netherlands and is spoken by more than 90% of the country’s 17 million inhabitants. Recognised provincial languages include West Frisian, Papiamento, Limburgish and several dialects of Dutch Low Saxon.

The most commonly used language for national business interactions is Dutch. However, the capital city of Amsterdam also recognises English as an official language. Overall, more than 90% of the population of The Netherlands claims knowledge of conversational English. Many companies looking to export to The Netherlands (from the UK and elsewhere) therefore conduct their business discussions in English, before resorting to localisation support and specialist services such as contract and legal translation once the business relationship evolves.

The Netherlands has the highest broadband penetration per capita in the world. Some 99% of all households are connected. The country also enjoys one of the fastest average broadband speeds on the planet, making it an excellent environment for a wide range of businesses. Many companies benefit from this, with nearly one third of all European data centres choosing Amsterdam as their location. AMS-IX provides the world’s largest internet exchange.

The Netherlands has a diverse economy. 95% of the most lucrative consumer markets in Europe are within a day’s reach of Amsterdam or Rotterdam, putting The Netherlands in an incredibly strong trading position. Banking, technology, trade, shipping, fishing and agriculture all play important roles in the Dutch economy. The largest industrial sector is foodstuffs, while chemicals, metallurgy, machinery, electrical goods, services and tourism are also major industries.

The Netherlands uses the euro as its currency. The euro replaced the Dutch guilder in 2002.

The Netherlands ranks Germany, Belgium, the United Kingdom, the United States, France, Italy, China and Russia among its key trading partners. The country ranked second in the 2016 Global Enabling Trade Report, third in the 2017 Global Innovation Index and fifth in the Swiss International Institute for Management Development’s 2017 ranking of the world’s most competitive economies.

The Netherlands’ geographic location has made it a key trading post for centuries and it continues in that role today. Rotterdam is home to Europe’s largest port, with around 450 million tonnes of cargo passing through it every year. The country provides a high level of economic freedom and a highly skilled, multilingual workforce.

The Netherlands is the UK’s fourth largest bilateral trading partner, with top imports from the UK including:

Food and drink exports to The Netherlands also provide excellent opportunities for British companies, particularly in relation to energy drinks, alcohol-free beer, ethnic food, organic food and frozen products. As such, retail translation services have an important role to play in the business interaction between the two countries. Brand localisation, packaging translation and regulatory/compliance translation are all essential services for UK companies looking to export to consumers in The Netherlands.

Dutch business people have a reputation for their highly professional, skilled approach. The Dutch higher education system ranks third in the world and the benefits of this can be seen in The Netherlands’ business culture. Dutch businesses are known for their high levels of productivity and efficiency, thanks to a combination of pragmatic labour laws, skilled workers and superb IT infrastructure.

The ‘Highly Skilled Migrant Visa’ makes it easy for companies to bring qualified workers into The Netherlands from overseas and has resulted in the country being home to more than a million foreign workers. This is blended with an environment that allows for the easy use of flexible, part-time and temporary employment contracts. As a result, The Netherlands offers an incredibly dynamic and receptive business environment.

Those doing business in The Netherlands should adhere to certain local customs. Punctuality is important and meetings are efficiently kept to time. Time-keeping is also important in terms of commercial relationships and delivery times.

Dutch companies have a reputation for honesty (the country ranked 8th in the world in the 2016 Transparency International Corruptions Perception Index) and bribery and corruption have no place in the Dutch business environment. Even gift-giving is uncommon.

Corporate social responsibility and environmental considerations are important in The Netherlands and should be built into business strategies.

More than 400 British companies are based in The Netherlands. The two countries enjoy a strong trading relationship that dates back centuries. The Netherlands British Chamber of Commerce supports Anglo-Dutch trade and investment through a mixture of connections, insight, support and representation.

The Dutch market is very welcoming to UK brands, making Dutch translation of business documents a sought-after service. From business translation to legal translation, specialist linguistic services can help UK businesses to stand out from the competition when exporting to The Netherlands.

If your company is looking to begin doing business in The Netherlands, K International’s specialist translation and localisation support services can help. Contact us today to find out more.