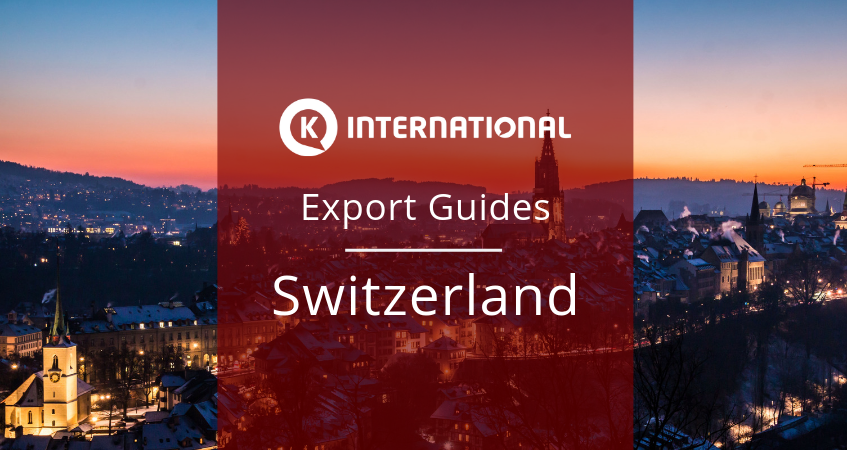 According to the World Economic Forum, Switzerland is the world’s most competitive economy – a position it has held for the past seven years. The maturity and diversity of the Swiss economy present a plethora of business opportunities for UK companies looking to do business in Switzerland. As such, this business culture guide looks at the dos and don’ts of doing business in Switzerland, along with some key details for companies looking to export their products for Swiss consumers.

English is most commonly spoken in cities in Switzerland and is more widely understood than Romansh. Interestingly, English is also often used to conduct business in Switzerland, as many of those who speak German or French as their first language also speak English as a second language. Thus it provides a bridge between the country’s other languages. This can be useful for English companies doing business in Switzerland, but its use is far from universal and thus professional business translation services still play an important role for many companies looking to engage in trade with Switzerland.

Switzerland is the 20th most connected country in the world, based on the percentage of its population that is online. Some 87.97% of Swiss residents have access to the internet and the country is known for its state-of-the-art internet and telecommunications infrastructure. Universities in Switzerland have, for some time, embraced the internet as a means of innovation and have played a key role in contributing to how well connected the country is.

As a result of Switzerland’s outstanding connectivity, it has attracted numerous global tech firms to its cities, including Google in Zurich and the International Telecommunication Union in Geneva. In fact, Geneva is home to more than two dozen such international organisations.

Switzerland is also home to multiple international organisations, including the UN, the World Health Organisation and the International Committee of the Red Cross.

Ranked as a world leader in the Global Innovation Index, as well as the Global Competitiveness Report, Switzerland enjoys one of the most stable economies on the planet. The services sector plays a key role in the economy (with banking, in particular, deserving a mention), as do a range of manufacturing industries, from watch producers to confectionary giants. Tourism is also an important part of the Swiss economy, with the country’s natural mountain scenery and cities both attracting swathes of visitors from across Europe and beyond.

Switzerland ranks first in the world in terms of its wealth per adult, with an average of US$561,854. In terms of overall GDP, Switzerland ranks 19th globally, according to the International Monetary Fund. The country’s unemployment rate stood at 3.0% as at October 2017.

The Swiss franc is the official currency of Switzerland. Many retailers choose to display prices in euros as well, so that customers can compare. Some also accept payment in euros, although there is no legal obligation for them to do so.

Switzerland also imports vast quantities of food. It is estimated that Swiss agricultural production accounts for 60-65% of the food consumed within the country, with extensive policies and subsidies in place in order to promote domestic agricultural production. Companies exporting food products into Switzerland tend to rely on the use of professional food packaging translation services in order to ensure that their goods meet the country’s linguistic and regulatory requirements.

As the most competitive economy in the world, Switzerland is well geared for international trade. The country is open to innovation (particularly technological) and is thus used by many nations as a test market for their products before they are launched elsewhere.

As an interesting counter-balance to this embracing of product innovation, Swiss business people tend to be quite conservative and those wishing to do business in Switzerland will do well to learn the nuances of how to get the best out of business relationships there. Punctuality is essential – in fact, those arriving 15-20 minutes before a meeting starts will be respected more as a result. Arriving late does not go down well.

Business attire is formal and understated. Those looking to get ahead in Switzerland will avoid flashy labels and displays of wealth in favour of neat, elegant presentation.

In much the same way, business conversations are also relatively formal and earnest. Switzerland is not the place for witty banter that might be construed as mockery or veiled criticism. Conversation should remain polite, respectful and related to the matters at hand – privacy is highly valued, so enquiries of a personal nature are best avoided. Each speaker should be allowed to continue without interruption until they have said their piece.

Business translation can be a great help when dealing with business people in Switzerland, as can localisation services. The formal approach to business means that, while English is used in some situations, the respect implied by using one of the official Swiss languages is usually appreciated. For the same reason, legal translation services can also be a huge help for businesses looking to build up their trading relationship with Switzerland.

The UK and Switzerland have a long history as trading partners. Bilateral trade between the two nations is worth more than £31.9 billion per year. The multicultural nature of the Swiss market means that it is particularly popular with UK businesses looking to test their products. Switzerland also offers a similar legal and regulatory landscape to the UK, meaning that UK exporters tend to understand the new environment in which they are operating fairly easily – although regulatory and compliance translation services are still essential for those looking to make watertight business arrangements.

Switzerland’s geographical location in the centre of Europe also means that the country is well positioned as a trading hub between the UK and the rest of Europe. Its excellent infrastructure and highly educated workforce further the attractions for UK businesses looking to export to Switzerland. Of course, the country’s stable economy and high purchasing power also play a key part in its attractiveness.

Swiss firms are happy to work with companies operating solely out of the UK, as well as those looking to establish offices in Switzerland. Importers, wholesalers, distributors and agents are all welcomed in a professional and receptive manner to the Swiss marketplace. All types of entities exporting to Switzerland will have to comply with the legal and regulatory framework in that country, which is an area with which localisation services and compliance translation services can assist.

If your company would like to begin exporting to Switzerland, speak to K International about the help that business translation and legal translation services can provide. Contact us for further details.