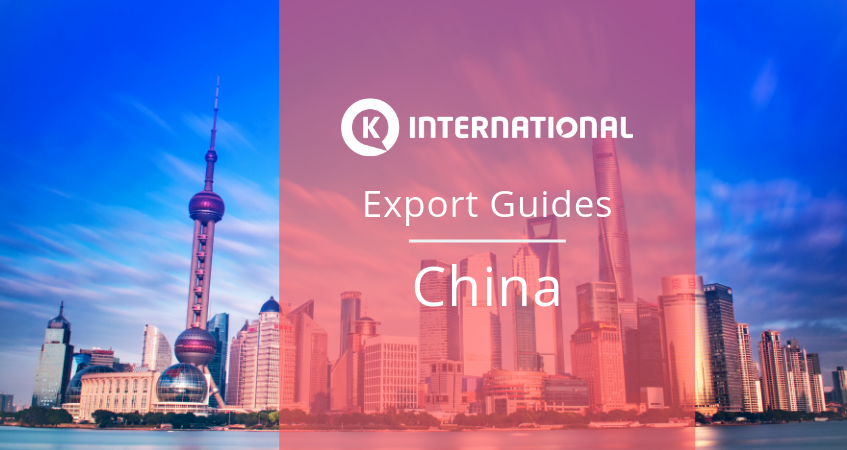 With a population of 1.4 billion, China is the world’s most populous country. It has more than 160 cities with a million or more inhabitants. China is also one of the world’s largest economies, ranking second only to the US in terms of its nominal GDP. In terms of its global competitiveness, China ranks 28th in the world.

Companies seeking true global success need to crack the Chinese market. For UK companies looking to export to China, this means learning to take account of a range of cultural differences in the way that they conduct business. Chinese translation services are also key to succeeding in China, as this business cultural guide explains.

China is home to vast linguistic diversity, thanks to its 56 recognised ethnic groups. The country’s national language is Standard Mandarin, while its official languages for non-mainland areas also include Cantonese (in Hong Kong and Macau), English (in Hong Kong) and Portuguese (in Macau).

The list of indigenous languages spoken in China is huge. Examples include Manchu, Gelao, Khams Tibetan and Zhuang.

For companies looking to do business with mainland China, the usual requirement is for Mandarin business translation services.

China has more internet users by volume than any other country, due to its vast population. Nearly 700 million people are online in China – more than in any other country. However, that still represents just 50.3% of the overall population, making China the 90th most connected nation in the world.

China is known for its restrictive (to the western mindset) approach to internet delivery. The Great Firewall of China blocks access to a wide selection of foreign websites. It also slows down cross-border internet traffic, which businesspeople looking to visit China will need to bear in mind as part of their plans.

In terms of its infrastructure, China has double the national bandwidth potential of the US and many of its 700 million internet users enjoy high-speed connections. China’s cities are leading the way in terms of their high-speed internet infrastructure, but many rural towns are catching up fast.

Mainland China has a nominal GDP of US$11.2 trillion, making it the second largest national economy in the world, according to the International Monetary Foundation. China’s economic growth soared over the three decades to 2015. Since then, the country’s growth rate has slowed somewhat, though it is still increasing at a pace that many countries would envy, with GDP growth of 6.7% projected for 2017. China has the world’s largest economy by purchasing power parity.

The Chinese economy is supported by a huge manufacturing sector (it is the largest manufacturing economy in the world) and extensive natural resources. The latter has an estimated value of $23 trillion, made up mainly of coal and rare earth metals. China is also the largest producer of agricultural goods in the world (as well as the largest consumer), with rice, wheat, corn, tobacco, soybeans and potatoes all key crops.

China’s currency is the renminbi (the unit of measure is called yuan – think Pound Sterling vs pounds). Business contracts with China tend to be agreed either in this or in US dollars. Contracts in euros or sterling are harder to negotiate, though not impossible.

China is the world’s largest exporter, thanks to its vast manufacturing industry. Its exports total $2,097,637,171.90 thousand, according to the World Integrated Trade Solution service from the World Bank. Meanwhile, its imports total $1,587,920,688.16 thousand.

Business culture in China is very different from that in the UK and other western nations. Relationship building can be a long and tricky process, but any company looking to get ahead in China needs to play close attention to this aspect of doing business there. UK companies looking to export to China need to identify the relevant contacts in both partner and client organisations, as well as (often) in government organisations. Meeting the right people and building up a trusting relationship doesn’t happen overnight.

Cultural considerations in China don’t just apply nationally, but also regionally. As such, companies looking to trade with China would do well to engage a professional localisation support service to help them ensure that their approach fits with local cultural norms.

Modesty, patience and politeness are the keys to building up business relationships in China. It is essential to ensure that Chinese businesspeople do not ‘lose face’ at any point during business interactions. This means being respectful, challenging decisions in the right way and not rushing things – even if that means delays to the venture at hand.

Delivering information in flawless Chinese is one way that many companies choose to show respect to their Chinese counterparts, meaning that professional business, technical and legal translation services all have a role to play in helping to cultivate business relationships with China.

Business relationships with China can be complex. Despite that, the size of China’s population and economy means that businesses that persevere with making connections there can enjoy significant financial benefits as a result.

Directly distributing goods to China can be tricky, so many companies prefer to work through agents and distributors. Selling goods and services to China over the internet is also a popular approach.

The China-Britain Business Council provides a range of services for companies wishing to tap into the Chinese market. Its services include business incubator schemes and ways for UK companies to test out building a business presence in China, before fully committing to doing so.

Companies exporting to China may fall under the requirement to include the China Compulsory Certification quality/safety mark on their products. In this case, specialist compliance/regulatory translation services come strongly recommended.

If your business is looking to export to China, it’s time to think about Chinese translation services. Contact K International for further details.