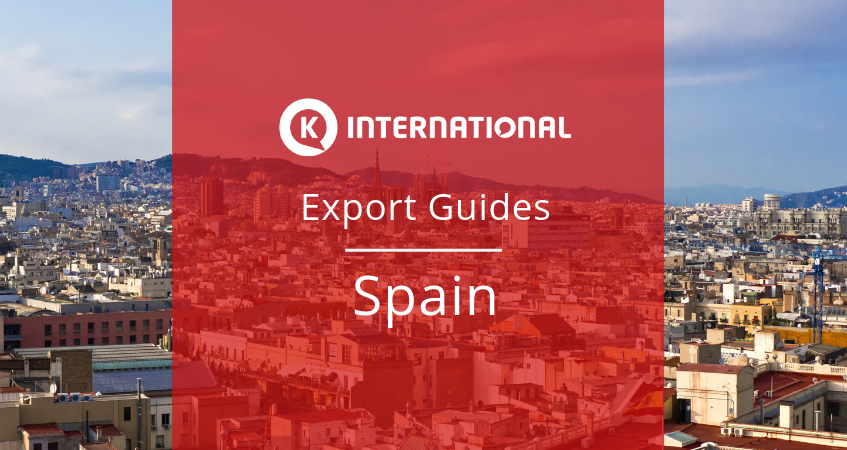 The fourth largest economy in the Eurozone and one of the largest in the world in terms of purchasing power parity, Spain is home to some 46.4 million people. Spain is classed as a high income economy and The Economist has rated the country as having the 10th highest quality of life in the world.

Spain’s economy is now recovering well from the global financial crisis triggered in 2007/08, making it a prime location for many UK businesses looking for overseas markets for their goods and services. This business culture guide explores this exciting country and its economic situation in more depth, to provide an export guide for UK companies with Spain in their crosshairs.

Spanish is the official language of Spain and is spoken by 99% of residents as their first or second language. As well as being spoken across Spain, it is spoken extensively throughout Latin America and in other regions, making Spanish the second most spoken language in the world, after Chinese.

Business discussions in Spain are conducted in Spanish, with Spanish translation services forming an essential part of most UK companies’ efforts to do business with the Iberian nation. Approximately 22% of Spaniards speak English and it is sometimes used to conduct business, but companies should not rely on this being the case.

Spain is the world’s 34th most connected country in terms of its percentage of internet users, with 87.1% of residents having access to the net. The country is aiming for 100% coverage by 2020, in line with targets laid out in the Digital Agenda for Europe. Private sector companies provide broadband services, with public partnerships supporting the provision of internet in areas that lack the profitability to attract private providers alone.

Spain is home to a range of broadband providers and UK companies looking to open offices in Spain can benefit from the fact that at least five of the largest providers offer customer support services in English.

Spain was hit hard by the 2007/08 global economic crisis, with a deep recession plunging over 25% of the population into unemployment by 2012. However, since 2013/14 the country’s economy has rallied considerably. In 2013, Spain achieved a trade surplus after more than 30 years of running at a deficit. By 2015, Spain’s GDP growth had hit 3.2% – the highest rate of any of the large EU economies.

Spain now ranks as the 14th largest economy in the world in terms of its nominal GDP, according to the International Monetary Fund. In terms of wealth per adult, it ranks 15th globally, with an average of US$129,578 per adult, based on figures from Credit Suisse.

The euro is the official currency of Spain. It replaced the Spanish peseta in 2002.

Start business proceedings with a handshake, unless your Spanish counterpart initiates a kiss on both cheeks (in which case, air kiss while your cheeks touch). As a foreigner in Spain, you will be forgiven for muddling up your forms of the word ‘you’ – Spanish uses both ‘tú’ and ‘usted,’ with the latter being more formal. A decent business translation service can help you to navigate this appropriately in your written communications, but don’t fret too much about it in terms of your efforts to speak Spanish, as the fact that you are trying will count for a great deal.

Meetings in Spain usually require smart business attire, with high fashion business-wear noted and appreciated. Colours are conservative. Within meetings, agendas tend to act more as a guide than a rigid structure. Discussions can be wide-ranging and you will need to be careful about ensuring that commitments made during meetings are carried out afterwards. Business discussions should be avoided at meal times, unless initiated by your Spanish peers.

Remember to arrive punctually for meetings in Spain – the cliché about Spaniards being late is just that. Localisation support services can provide further details about how best to navigate Spain’s unique business culture.

Spain and the UK have been key trading partners for many years. There are strong ties between the two countries, with more than a million British people living in Spain either permanently or part-time.

On the business front, more than 900 UK companies run Spanish operations. These range from Primark and Dealz-Poundland to Jo Malone and Stella McCartney. The size of the Spanish market and the country’s geographical proximity to the UK present excellent opportunities for UK exporters. Spain can also act as a gateway to Latin America for companies who have visions of operating in an even larger international marketplace.

UK businesses operating in Spain should bear in mind that payment terms there can be long. 90-120 day terms are not unusual. In addition, regional governance arrangements can mean that different areas approach business in different ways. Again, a decent Spanish localisation support service can be a key way to get to grips with the local environment.

Is your business considering exporting to Spain? If so, K International can help. From business translation to legal translation, we support businesses looking to get ahead in the Iberian market. Contact us for further details.