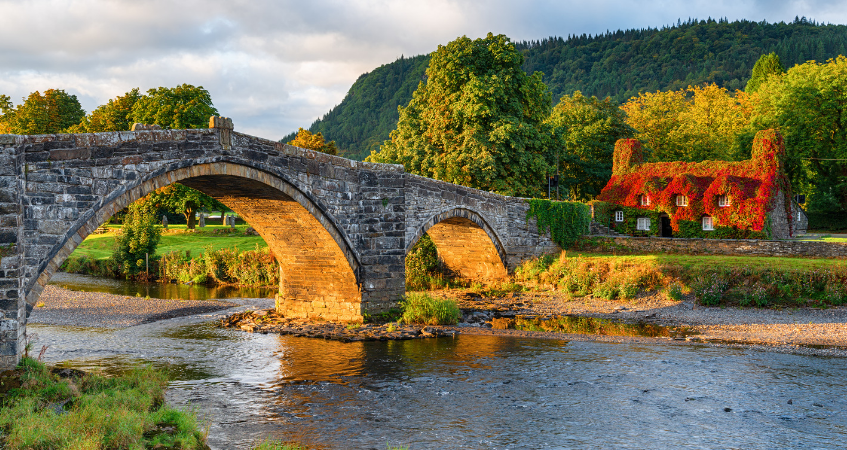 1 March was St. David’s Day in Wales. This day is the feast of St. David, the patron saint of Wales. However, it’s also traditionally a celebration of Welsh language and Welsh culture.  With that in mind, here are six facts about Welsh translation organisations need to know.

Over 700,000 Welsh speakers live in the United Kingdom.

Approximately 562,016 of them live in Wales – that’s about 19% of the Welsh population, according to the 2011 Census.  The Welsh-speaking community is concentrated in the north and the west of Wales, but fluent Welsh speakers live throughout the country.

Most Welsh speakers in Wales can also speak English.

That said, many of them are more comfortable communicating in Welsh. As a result of current language regulations, your organisation may be responsible for providing them with that opportunity.

The Welsh Language (Wales) Measure 2011 and the National Assembly for Wales (Official Languages) Act 2012 give the Welsh language official status within Wales.

Earlier measures, including the Welsh Language Act of 1993 and the Government of Wales Act 1998, required the public sector to treat Welsh and English equally whenever practical. The Welsh Language (Wales) Measure 2011 and the National Assembly for Wales (Official Languages) Act 2012:

All of these measures were passed as a response to centuries of Welsh language suppression. Welsh speakers couldn’t access official services in Welsh.  They couldn’t hold public office without becoming fluent in English. Students were beaten for speaking the language in school.

All of this resulted in four centuries worth of Welsh language decline. Fortunately, however, official recognition and compulsory Welsh education in schools have stabilised the language.

For more information, see The History of the Welsh Language.

Are you looking for Welsh translation services? Google Translate is not the answer.

Unless you’re having an informal conversation or you just want to get the “gist” of a document, Google Translate is always a poor choice.

Of course, it’s also free. And some organisations find the prospect of “free” Welsh translations too tempting to pass up.

Unfortunately, Google Translate is never 100% accurate and Welsh is not one of its strongest languages. As Welsh comedian Gary Slaymaker puts it, “Rather than pay for a living breathing Welsh translator they’ll put their translations through Google Translate and end up with word porridge.”

Slaymaker coined the word “Scymraeg”, for “scummy Welsh”, to describe these translation mishaps.  Speaking “Scymraeg” is not a good look for any organisation, and it could lead to extra expenses in the long run if your organisation is required to comply with Welsh language standards. So, it’s best to get it right the first time.

The Welsh language has some unusual features, especially when compared to English

For example, as with other Celtic languages, in Welsh, the first consonant of a word can change depending on the context.

As a result, it’s imperative that your organisation uses qualified Welsh translators even for seemingly simple tasks like signage. The Porthcawl Town Council just found that out the hard way. They recently added a sign that was supposed to read “Welcome to Porthcawl” in both English and Welsh. Sounds simple enough, right?

Wrong. The Welsh on the sign said “Croeso’r Porthcawl.” However, the correct translation would be “Croeso i Borthcawl,” with the “P” in “Porthcawl” turning into a B.  Predictably enough, a social media furore ensued. Everyone loves a good translation fail!

In this case, the Town Council would have had better luck even with Google Translate, which does return the correct translation for this particular phrase.

Again, that  doesn’t mean that Google Translate is an acceptable option! It merely shows the importance of choosing a qualified translation service.

K International has over 25 years of experience offering Welsh translation services in both the public and the private sector. All of our translators have at least three years worth of Welsh translation experience and must pass a rigorous quality exam before they begin translating for our clients.

Tags: Welsh
Previous Post Six European Languages That Are Not Indo-European
Next Post Time Management and Punctuality Around the World

2 thoughts on “6 Facts About Welsh Translation”