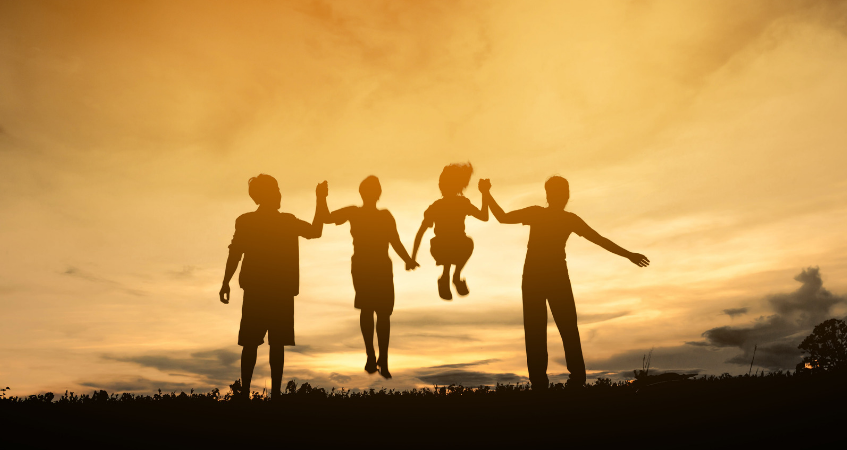 We probably don’t have to tell you that families around the world come in many different shapes and sizes. No matter where you go or what language you speak, families are important. That’s why so many marketing campaigns and advertisements are centred around family, whether the goal is to sell a product, a service, or an idea.

However, different cultures have different family structures and values. So, if you’re trying to sell to an international audience,  your marketing may have to adapt.

With that in mind, let’s take a look at the similarities and differences in families around the world.

Families Around the World: Two-Generation Families

In the US, the UK and similar Western cultures, when we think of “family”, we think of one or two parents and their children.

This is a “two-generation” or “nuclear” family. Children usually move out of their parents’ homes either when they reach adulthood or after they marry.

Relationships with other family members, like grandparents, are still valued, of course. But the nuclear family usually lives by itself. So, those extended family members may not be present on a day-to-day basis. And parents make the purchases and decisions for the household.

Of course, even amongst two cultures that favour the nuclear family model, acceptance of different types of nuclear families can vary. For example, single parents are much more common in some countries than others. That includes some places that might surprise you, like Africa.

It’s also important to keep in mind that growing numbers of families are now headed by same-sex parents in many parts of the world.

Families Around the World: Three-Generation Families

In other countries, however, it’s the norm to see households made up of extended families, with parents, children, grandparents, and sometimes aunts, uncles, and cousins sharing a home.

Extended family households are most common in Asia, the Middle East, Central and South America and parts of Africa. For example, the 2015 World Family Map study found that at least 40% of children in these regions live in households that include adults other than their parents.

Marriage Around the World

“The nature, function, and everyday experience of marriage vary tremendously around the world. Marriage looks and feels different in Sweden than it does in Saudi Arabia; in China, compared with Canada; and in Argentina, compared with Australia.

For example, marriage in the US, the UK and much of Europe is seen as something that two adults choose to do when they fall in love. Usually, marriage isn’t expected until after they’ve completed school and established a career.  In other cultures, marriage often happens earlier, and family often has more involvement in the decision to marry, sometimes even to the point of arranging a match.  (Forced arranged marriages have been condemned by the UN but unfortunately still happen in some places. Consensual arranged marriage, where the families arrange the match but the couple has to agree to it, is more widespread.)

Once two people are married, gender roles are different around the world, as well. At least in theory, cultures including the US, the UK, and the Nordic countries are have begun to reject restrictive “traditional” gender roles in recent years. That means more men are sharing the burden of household chores (yes!), and more men have opinions about the products used to perform those chores.

Consider how different family relationships can look around the world. Is it any surprise that the words used to define them are different, too?

What does all of this mean? It means that if you’re using families in your marketing or advertising, simply translating the words in the copy may not be enough. For example, consider an ad showing a family gathered around the dinner table. In the UK, it might only have two parents and a child in it. In cultures where the nuclear family is the norm, that wouldn’t raise eyebrows.  But that same dinner table would look empty to someone who’s used to extended family households.

Meanwhile, an ad featuring an involved dad doing laundry or dishes wouldn’t seem out of place in a country where men are expected to participate in parenting and household chores. But in countries where men don’t spend a lot of time doing chores, the potential impact is different.

Sometimes, it’s necessary to deconstruct the source campaign, take it back to the original brief, and then rewrite it to resonate with users in the target country. This process is called transcreation. At K International, transcreation is one of our specialities. Our team of marketers and translators are ready to make your next international marketing campaign a success. For more information, check out our full range of language services and feel free to contact us!