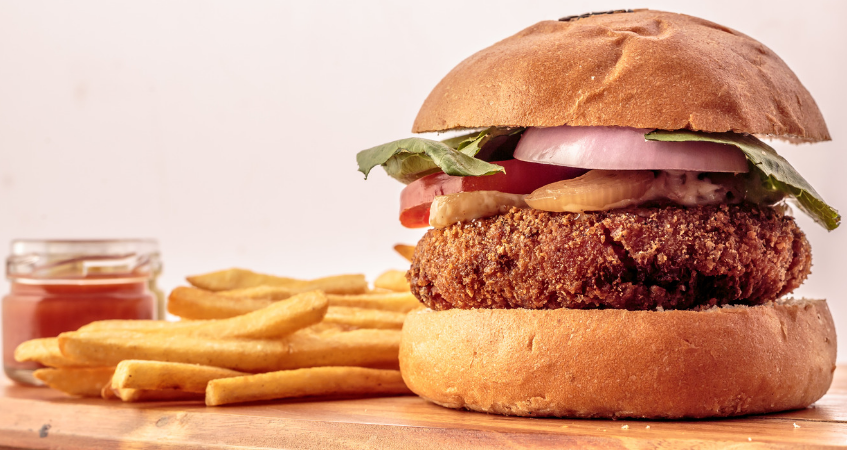 Food, even fast food, is a unique cultural experience. To be successful in a new country, all businesses need a localisation strategy to appeal to the people who live there, and that’s especially true in the food industry. Let’s take a trip around the world with four popular fast food chains and see how it’s done!

McDonald’s serves 68 million customers each day, with restaurants in 118 countries.  While some may see the Golden Arches as a symbol of US cultural imperialism, it’s simply impossible to operate successfully in so many countries without paying careful attention to local tastes and customs. Far from a simple burger joint, McDonald’s has done an amazing job of localising its menu. Here are some examples of its localisation strategy:

Why settle for a Big Mac in the Middle East, when you could have a McArabia instead? This grilled chicken sandwich is served on fresh pita bread from local bakers. In Israel, try the McShawarma and the McKebab.

In Japan, you can sink your teeth into the Fillet-O-Ebi, a fried shrimp patty, and the McTeriyaki burger among other localised menu items.  In Thailand, the Samurai Pork burger is a big hit. In the Philippines, try the  Hamdesal, which Wikipedia describes as “a Pandesal bun with pineapple glaze syrup, mayonnaise, and Canadian bacon served with scrambled eggs, cheese, or both.” Rice patties and corn soup are options in Taiwan. McDonald’s also serves fried chicken in most Asian markets. China, Taiwan and Hong Kong feature the slightly scary-looking yin-yang burgers. Depending on which flavor you order, the yin or the yang, you’ll get either a jet black bun or a bone-white bun with black sesame seeds. So goth! In India, beef and pork are not on the menu. Carnivores can dine on chicken and fish, and vegetarian burger substitutes are made from paneer, eggs and potatoes.

In Cyprus, you can order a “Greek Mac,” served on pita bread with tzatziki sauce. Ironically, the “Greek Mac” was discontinued in Greece in 2012. In Italy, you can order pasta salad and the coffee has “been adapted to Italian taste” which means it might actually be drinkable. Czech McDonald’s serve the McSmažák, a type of cheese sandwich.  The Mexican-themed “El Maco,” with taco sauce and sour cream, is quite popular in the Nordic countries. In France, try the Croque McDo. And yes Jules, you can also order “Le Big Mac” or a “Royal Cheese.”

The McDonald’s French fry is the epitome of the fast food fry. No other fast food restaurant even comes close (as long as the oil in the fryer has been changed recently, at least).  How could you possibly improve on perfection? Go north to Canada and get them as poutine, with gravy and cheese curds! Mexican McDonald’s serve the McMollete for breakfast, an English muffin topped with beans, cheese and pico. Moving south to South America, you’ll find empanadas and arepas on the menu.

Love it or hate it, Starbucks is the largest coffeehouse chain in the world, with 21,536 stores in 65 countries. In fact, almost one third of Starbucks stores are now located outside of the brand’s home country of America. Like McDonald’s, Starbucks’ recipe for international success comes includes plenty of localised ingredients and flavours. Here are some examples:

“Linger over the gently astringent and refreshing taste of high quality green tea, blended with delicious and rich milk and crushed ice. On the top we carefully pour over a layer of delicious and fluffy red bean compote creating a smooth and fluffy pillow.”

Red bean paste also shows up in the Red Bean Cream Frappucino, available in South Korea and featuring sweetened condensed milk and granola. Frappuccino flavours with coffee and tea jelly are also unique to Asia. For example, the Hojicha Frappucino combines a mellow Japanese green tea Frappuccino with Earl Grey jelly. There’s also a plain “coffee jelly” version, with coffee-flavoured Frappuccino atop coffee jelly. Japanese consumers have access to other drinks to make the rest of us green with envy, like the Coffee and White Tiramisu Frappuccino and the Lavender Earl Grey Tea Latte. Get in my belly!

Yoghurt Frappuccinos were first launched in Greece, naturally, though you can now get them in the UK as well.

In Peru, you can order an Algarrobina Frappuccino, spiked with a local favourite called algarrobina syrup, made from the black carob tree. In Brazil, the Brigadiero Frappuccino mimics the flavor of a popular chocolate dessert. As for the UK, it’s worth noting that people around the world envy us for the ability to order a Creme Brulee macchiato. The cheese and marmite sarnie? Not so much.

As in the US, Burger King plays a distant second fiddle to McDonald’s when it comes to international operations. But that doesn’t mean they’re not trying. In fact, they’ve been focusing intensely on foreign expansion since 2008, especially in India, China and Japan. In Japan, one of their main localisation strategies seems to be appealing to the Japanese love of excess. For example, observe the “Meat Monster,” a Whopper with bacon and a fried chicken patty. See also the “Pizza Size Burger,” which as the name suggests, is a burger the size of a pizza.  There’s also the “Garlic Meat Beast,” a quarter-pounder topped with a pork patty, chicken breast, various sauces, vegetables and fried garlic slices.  You’ll have to supply your own antacids, though. Japan is also the home of the “Whopper 5,” a Whopper with five patties. Eat like snake!

Finally, let’s take a look at Kentucky Fried Chicken, which was actually one of the first US fast food chains to branch out internationally. Its menu has now been tweaked and expanded to suit local tastes in 118 countries. In fact, KFC might as well change its name to “CFC,” because China is now the chain’s largest market.

Some notable localised menu items include an “Indian Zinger Menu” for European countries accustomed to Indian takeaway, with specialities like curry wraps.  In India, potato patties are offered to appeal to vegetarians. Chinese consumers can order shrimp burgers, chicken and rice plates and now, chicken burgers with garishly pink or black buns.

Oh, and despite its American-sounding name, the “Cajun Boxmaster” meal is only available in the UK. This is likely because, in the US, there are actual Cajuns to offend.

Do you eat fast food meals when you travel? What local fast foods have you tried? Let us know in the comments!

Tags: Food international Retail
Previous Post What To Do If Your Products Are Stuck At the Border
Next Post 5 Ways People Show Kindness Around the World