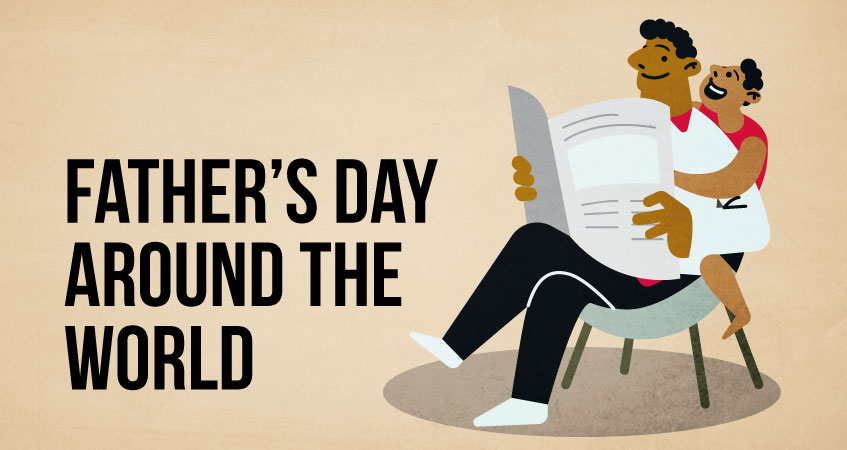 At least in the US and the UK, this Sunday is Father’s Day. It’s a day to celebrate all of the dads in your life. But have you ever wondered where the day came from? Or how it’s celebrated in other countries? Here are 10 facts about Father’s Day around the world.

Father’s Day is on Different Days 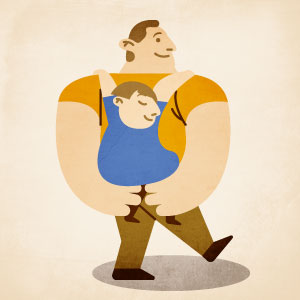 Father’s Day wasn’t always celebrated on the 3rd Sunday in June (and in some countries, it still isn’t).

In fact, in Catholic Europe, it was originally celebrated on 19 March, which is the feast day of St. Joseph. The first Father’s Day to be celebrated in June was held at a YMCA in Spokane, Washington on June 19, 1910. A young woman named Sonora Smart Dodd started the tradition to honour her father, a single dad who raised six children on his own.

Of course, the holiday didn’t gain nationwide traction until she convinced the manufacturers of products like neckties and men’s clothing and tobacco pipes to get on board. But it’s nice to know that for once, behind the commercialisation, there’s a sweet story.

The American date spread around the world, and today, at least 86 countries from Afghanistan to Zimbabwe celebrate Father’s Day on the third Sunday of June.  Portugal, Spain, Italy, Switzerland, Honduras and 7 other countries celebrate on St. Joseph’s Day, March 19. Other countries have their own days – for example, Thailand celebrates on 5 December, the birthday of King Bhumibol Adulyadej.

German “Father’s Day” (Vatertag) is celebrated on Ascension Day. German men traditionally celebrate by hiking out into the woods with copious amounts of beer and ham (along with other traditional German foods).

France owes its Father’s Day celebration to a company that manufactured cigarette lighters. The day was introduced in 1949 in France by Flaminaire to support an advertising campaign for their lighters. They’d seen how menswear retailers latched on to the holiday in America and wanted some of that sweet holiday sales action for themselves.  Their slogan was “Our fathers told us, for father’s day, they all want a Flaminaire” (Nos papas nous l’ont dit, pour la fête des pères, ils désirent tous un Flaminaire). The day became official in 1952.

Today, Father’s Day is celebrated in France much as it is elsewhere, with gifts and cards (and probably socks).

In Western cultures, it’s not common for men to receive gifts of flowers. But on Thailand’s version of Father’s Day, men are given canna lilies. Thai culture considers cannas a “masculine” flower.”

Italy goes all out 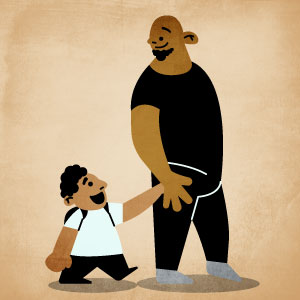 In Bulgaria, there are two Father’s Days. First, there’s the traditional celebration on St. Joseph’s Day, which is 26 December in the Orthodox calendar. Then, they also celebrate the American version, on the third Sunday in June.

However, there is a “Parent’s Day.” Parent’s Day happens on May 8th each year, and children celebrate by giving their parents’ carnations.

Need to wish someone “Happy Father’s Day” in another language? We’ve got you covered: Here it is in 14 different languages: 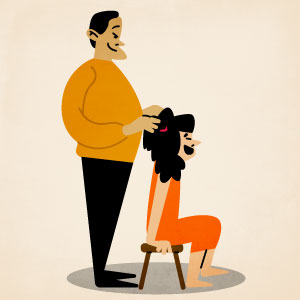 As you can see, Father’s Day is a commercial day in many countries around the world. But that doesn’t mean that Father’s Day themed marketing that works in one country will necessarily work in another. The timing of the celebration varies, and so can the customs and language attached to it. So, your marketing and advertisements may need to follow suit. Seeking advice and assistance from experts rooted in the cultures and countries in question is the best way to ensure your marketing message remains effective and intact.

At K International, our team of linguists, designers and bilingual copywriters are here to help. Check out our language translation services and feel free to contact us anytime about anything.

Happy Father’s Day to all the dads out there!

Tags: Celebration Fathers Day Holidays
Previous Post 10 Hilarious Translation Fails From 2018
Next Post Refugees Around the World, and How Translators Can Help