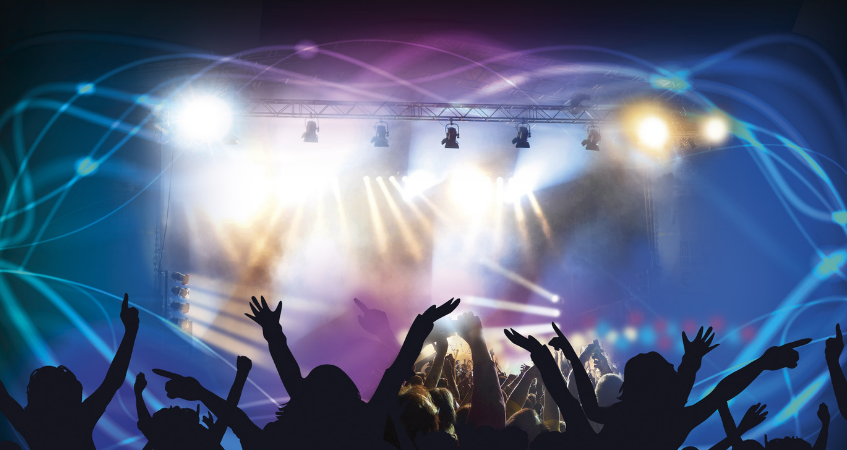 In the US and the UK, English has long dominated the pop music charts. Even artists who didn’t speak English as a first language knew they had to sing in the English to attain popularity in these English-speaking countries. There have been exceptions, of course. But they were mostly singular occurrences, often with a bit of a novelty factor.

Over the last year, that’s changed. As the BBC observes, worldwide politics may have become more separatist. However, in the world of music, it’s a different story. Since the success of 2017’s Despacito, songs in languages other than English keep finding their way to the top of the charts.

How Foreign Language Music Took Over the Charts

You could say it started in 2017, with Luis Fonsi and Daddy Yankee’s hit Despacito,  which stayed on top of the US Billboard 100 for 16 weeks, won multiple Grammy awards, and is the most-viewed YouTube video of all time.

But it’s not just Spanish songs.  And it’s not just in the United States (which has historically been somewhat more accepting of foreign language hits).  K-Pop, too, has seen a massive surge in popularity, with its impossibly well-groomed boy and girl bands. Today’s version of New Kids on the Block (or Fifth Harmony or One Direction for those you who aren’t, like, really old)  is probably Korean boy band BTS. They sing in Korean, not in English. However, that didn’t stop them from landing number one albums and selling out venues in both the US and the UK.

And of course, before the flood of multilingual pop hits, Psy’s “Gangnam Style” peaked at number two in the US and hit number one in the UK in 2012.

The Internet: Connecting the World Through Music?

It’s one more reason to thank the Internet, according to the experts consulted by the BBC. As music producer Sebastian Krys explained:

“I think Spotify and YouTube have a lot to do with what’s going on. Before, music was curated by the record industry gatekeepers, who were generally middle class, middle-aged white men. And now it’s curated by the masses.”

We’ll be the first to tell you that most media does better when it’s localised, but music is a bit different.  You don’t necessarily have to understand the lyrics to appreciate a great song. (Conversely, recording mediocre music in another language does not guarantee success in that market, as Van Halen alumni David Lee Roth discovered to his chagrin.)  And now, it’s easier than ever for consumers to express their appreciation without gatekeepers imposing their own personal language preferences.

Plus, the Internet makes it easier than ever for fans to form communities and to get translated versions of lyrics they are curious about. Discovering the meaning of your favorite song has always been a bit of a quest, after all. Remember the olden days of CDs and cassette tapes? One of my favorite parts of buying a new album was checking out the album art and the lyrics. I’d imagine there’s a similar thrill in finding a translation of a song you already love.

Established English-speaking artists are also going bilingual, whether as a way to differentiate themselves from the pack, enter new markets, or simply “reflect the multilingual world we live in” (as Sebastian Krys put it.)

Multilingual pop songs do more than just get people dancing. They help people appreciate the sounds of other languages. As William Wier explained in Slate:

“English-only listening habits deprive us of the natural rhythm and melody of other languages—the nasal vowels of French, the alveolar trills of Portuguese, the consonant clusters of Czech. That most of us don’t understand the words only allows us to better appreciate the phonology of a language and concentrate on the human voice as a musical instrument. Those throat-clearing sounds you hear in German? That’s the voiceless velar fricative, and it adds a wonderful percussiveness to “99 Luftbalons.” English speakers don’t have it; it’s one reason the Anglicized version of Nena’s 1984 hit falls flat.”

What do we make of the success of multilingual pop songs in an era of Brexit, Trump and “English only?” Perhaps it’s partially to do with age. Politics is traditionally the province of the older generation, but music trends are set by the young. In that case, maybe this new era of multilingual pop songs is a reason for optimism (even if you find yourself mumbling incoherently about kids and lawns when the songs themselves come on).

Pop music may not need localization to be successful, but most other content does. Fortunately, our team at K International can handle everything from translating a website to captioning videos to recording audio content in multiple languages.  Take a look at our language services and contact us to discuss your next project today!