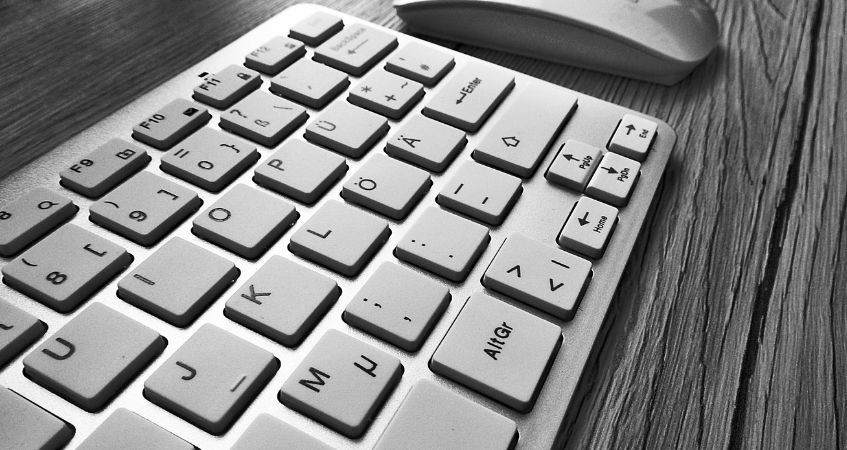 In the English-speaking world, most of us learned to type on the QWERTY keyboard. However, QWERTY was designed with English in mind. Travel to countries where English isn’t the predominant language, and suddenly your touch-typing skills are rendered useless by unfamiliar keyboard designs.

The QWERTY keyboard itself has come in for quite a bit of criticism. Its design is riddled with inefficiencies. For example, according to Wikipedia, “The QWERTY keyboard has only one vowel (the letter A) on the home row, even though most English words contain a vowel, forcing the fingers to travel off the home row for most words.” Additionally, the layout puts right-handed people at a disadvantage, since a majority of the most commonly used letters are typed with the left hand instead of the right.

However, dissatisfaction with current keyboard layout options is not limited to countries where QWERTY predominates.  In fact, France’s culture and communication ministry just issued a statement that basically blames the decline of French language on the country’s venerable old AZERTY keyboard layout.

Nobody knows exactly who invented the AZERTY keyboard, but it’s been in use since the 19th century. The layout is based on the QWERTY keyboard, so perhaps it’s no surprise that it’s not optimised for French typists. It’s just one more reason to blame America for ruining the French language, I suppose.

The problem with AZERTY, according to the French language ministry, is that the keyboard layout makes it difficult to type French properly without having to use keyboard shortcuts for several important French language characters and punctuation marks. For example, it’s difficult to accent capital letters. There’s no key for the ligature “œ.” Want to type a capital ‘Ç’? Good luck with that. French typists who want a keyboard that effectively accomodates their language can go buy one designed for use in Portugal, because at the moment Portuguese keyboards accommodate the French language better than French keyboards do.

According to Ars Technica, this leaves French typists relying heavily on autocorrect. And we all know how well that usually works out. Alternately, they give up, Anglicising their writing and leaving people to use context clues to differentiate between words like “interne” (intern) and interné (mental patient).

According to a ministry report quoted in Ars Technica,  the “hardware limitations” of the French AZERTY keyboard “have even led some of our fellow citizens to think that we should not accentuate capital letters.” The keyboard layout is so bad, it’s actually changing the way the French language is written!

Even worse,  there isn’t a national standard for keyboards in France. So, the AZERTY keyboard isn’t even predictable in its inefficiency. Where’s the @sign? Who knows? The € sign? Well, it has to be on there somewhere…

“The French language has rules, but we are not equipped with the tools to follow them. It can be very simple things, like people whose family name ends in ‘é’ often end up with an [unaccented] ‘E’ when the name is capitalized.”

The ministry has requested that AFNOR come up with a standard French keyboard that’s actually suited to writing French, as well as other regional languages used in France, such as Breton, Occitan and Catalan:

“It seems essential that this keyboard allows for the easy use of not only French, but also different languages present in our land, because these languages have specifics that should be taken into account,” the ministry said. “Indeed, in a highly multilingual context, it is now necessary to use several languages on the same document or project.”

While the French government won’t require manufacturers to produce keyboards that meet the new standards, they may require all keyboards bought by the government be compliant. That’s a huge incentive and it’s likely that the manufacturers will fall into line.

In an ideal world, the new keyboard would also be set up to help French speakers type more efficiently. All the most commonly used letters would be easy to reach, and typing would be evenly distributed between both the right and left hands.  While the ministry mentioned the BÉPO layout as a possibility, it seems more likely that they will stick with a modified form of AZERTY rather than doing anything that drastic.

After all, QWERTY has ruled English-language keyboards since around 1878, and it’s not because it’s a superior layout. It’s just what everyone got used to.  Inertia is a force to be reckoned with!

What’s the most interesting keyboard you’ve come across? If you’re French, do you think they should just tweak the design of the current keyboard, or redesign it completely? Let us know in the comments!

Previous Post How to Choose a Translation Company
Next Post Translation News: 5 Stories to Keep You In The Know