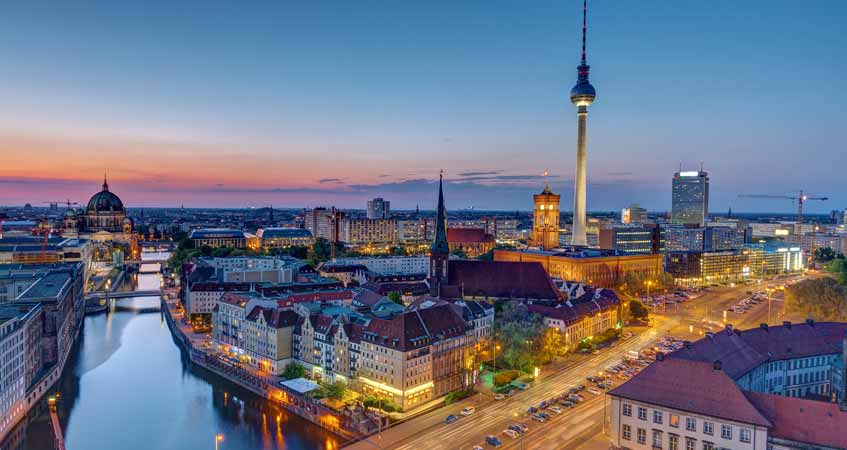 What could be more German than the German language?

At least, that’s the question being asked by members of the German Christian Democrat political party, which is seeking to change the German Constitution to include the following 6 words:

“The language of the Federal Republic of Germany is German.”

The Associated Press notes that ever since World War II, the German language has been in need of an image makeover.

Long after the last vestiges of the Nazi regime were banished, the German language’s sinister reputation lives in on the accents of Hollywood villains and other aspects of pop culture.

The song uses the popular association of German with fascism to make non-German speaking listeners think they are listening to a Nazi speech of some sort, but it’s actually just a recording of someone reading a brownie recipe in German.

It’s unfortunate that World War II has left a cloud hanging over the language of German Romanticism, and of poets and philosophers like Goethe and Hegel.

So, although Germany is seeing an increase in the population of immigrants, this proposal is presented as being more about rehabilitating German’s image than about making people feel unwelcome. The AP article states that “For many Germans, enshrining the language is more about strengthening the country’s image on the international stage rather than fears about foreign influence.” They also feel that the resolution would make it easier to have German listed as an “official” language of the EU.

Still, the proposal is opposed by Chancellor Angela Merkel and by other German political parties, including the Social Democrats and other opposition parties. For example, according to Speigel Online,

“Others worry that the CDU’s motion could be interpreted as offensive to minorities living in Germany, whether it be ethnic Danes in the northern state of Schleswig-Holstein, the Sorbs in Saxony or the roughly 3.3 million Germans of Turkish origin living in the country. Ayyub Axel Köhler, the chairman of the Central Council of Muslims in Germany (ZMD), told the Hanover daily Neue Presse that the measure was “laughable and small-minded.” “No one doubts that German is the official language,” Köhler added. “It’s obvious that knowing German is a key requirement for integration.”