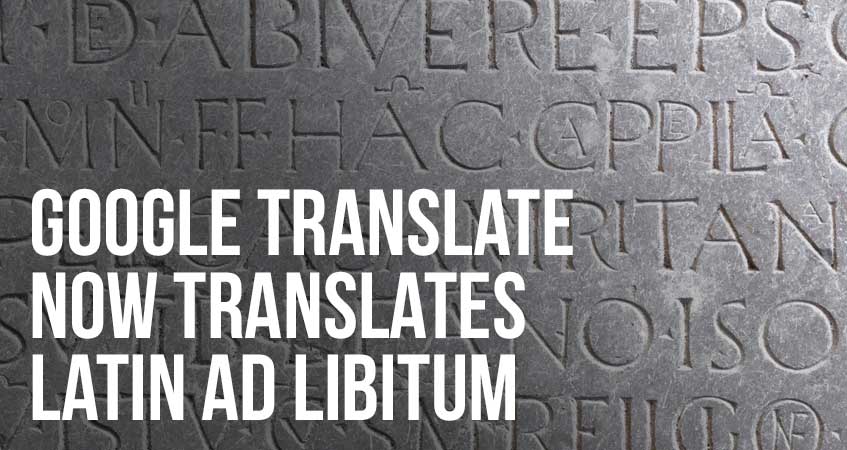 Google expects the Latin version of Google Translate to be quite popular with students who are studying the language, as well as for people studying philosophical and other texts originally written in Latin.

The fact that Latin is a dead language should make Google’s machine translation more accurate, as the company explained in its blog (Latin translation from the Telegraph):

“Unlike any of the other languages Google Translate supports, Latin offers a unique advantage: most of the text that will ever be written in Latin has already been written, and a comparatively large part of it has been translated in to other languages. We use these translations, found in books and on the web, to train our system.”

Why, you may ask, am I using the translation provided by the Telegraph and not just using Google Translate? Well, as the San Francisco Chronicle noted, Google Translate is not precise enough to deliver an accurate translation that sounds good. Here’s how the paragraph above comes out:

“The Latin is unmatched because most of them Latin books have already been written and only a few of the new shall be hereafter. Many have been translated into other languages and these translations we use to train our translation system.”

This is the difference between machine translation and human translation in a nutshell. If you just need to get the gist of a foreign passage, Google Translate will probably suffice. But if communicating your message clearly and fluently is at all important, you need a human!