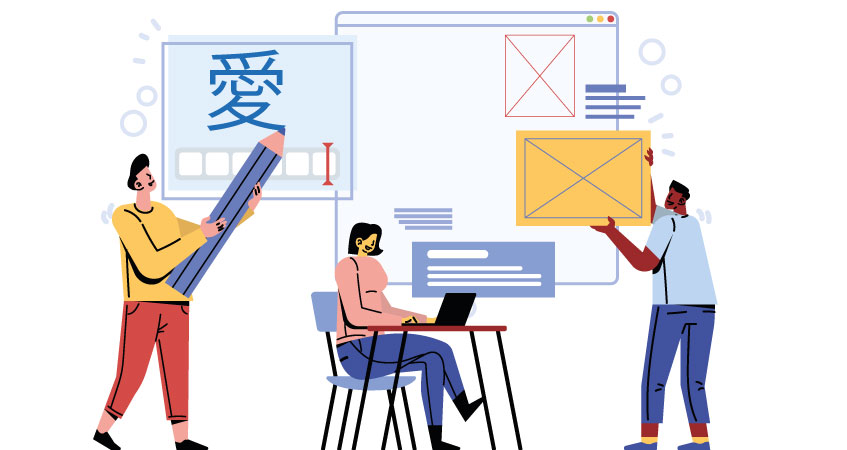 You might think that good design is universal, but what makes a “good” graphic design in the UK won’t necessarily resonate with your audience in Japan.

A faithful translation of the original text is one thing but very careful cultural consideration needs to be given to any international graphic design work. Especially true for ads, marketing materials, and other visually intensive content. Earlier this week, I looked at some reasons why multilingual graphic design is harder than it seems.

With that in mind, let’s a took at some of the ways graphic design differs around the world: 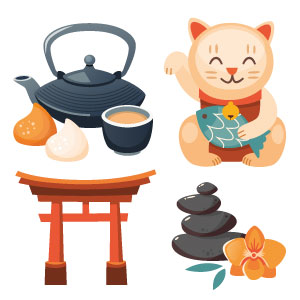 In the West we tend to think of the Japanese as the original minimalists. However, this isn’t always true. Graphic design in modern-day Japan is often anything but minimalist. Japanese consumers tend to favour designs with bright colours and bold brushstrokes.  Circles and flowers are common motifs, and cute mascots are a common way for businesses to make themselves more relatable to their customers.

Japanese design is also frequently “information dense.” This tendency is especially notable when it comes to websites. Japanese websites can seem cluttered and “dated” to Western eyes, quoting Rich Mirocco,

“(In Japan), details are a welcome aspect of communication and therefore web design too, as a website conveys information and sells the company and its products in place of a live salesperson… Details are needed because risk is absolutely not tolerated. More is better. Way more is best.”

Mixing in Other Languages

Its common for Japanese graphic designers to use mixed languages in their work. Examples of mixing Japanese and Roman characters can be seen everywhere and is a trend designers love. It can be expressed either way, i.e. Japanese text written with ideographic characters, or English text mixed with Japanese characters. Its worth getting advice form a native speaker before starting this design as what looks good to one culture might not for the other.

Respecting traditions in modern designs can call for the use of calligraphy (“shodou” in Japanese). Kids in Japan are taught calligraphy in school and its taken seriously by adults as its seen as a qualification. Its not used everywhere but can be seen on bottles of sake, restaurants posters or other traditional Japanese products. Lots of Japanese fonts are based on calligraphic writing styles. Here is a link to a Pinterest board I use as inspiration for this sort of thing.

I know this doesn’t cover everything that makes up the Japanese graphic design but if you look at how graphics are created in Japan you’ll notice there is a huge amount of artistry in the Japanese way of creating artwork. I’m hoping you get inspiration from Japanese design and use it to improve on your design work.

There are a lot of countries in Europe. Spanning from Russia in the east to the UK and Ireland in the west the countries and (more importantly) cultures are a diverse bunch. As you might expect, different countries and regions have different design preferences.

Its almost impossible for me to advise you on a one version catches all European graphic design. The Swiss are known for clean, simple and minimalist designs.  Minimalism rules in Scandinavia, too, with an additional focus on natural materials and textures. Meanwhile, Spanish designers (and consumers) favour eye-catching typography, textures, bright colours (especially red) and interesting patterns. French design often relies heavily on images and artistic typography.

Although it keeps changing, in the UK we’re seeing a lot of muted & monochrome colours, geometric shapes, simplified infographic and motion logos in our work at the minute.

What about India? While Western websites tend to focus more on individualism. Web design in India is more focused on collectivism. This includes images of groups, formal speech, mission statements and opinions on group behaviour. Indian websites also tend to be more washed out, have duotone effects, and tend to have lower colour saturation.

Indian websites also tend to be more ornamental than Western sites, often making use of the colour gold. And not just on websites. Gold is a common colour in Indian print ads, as well.

Energetic and playful, Latin American design often resembles street art or folk art. Depending on where you are, there is also influence from both the United States and Europe. The northern part of the hemisphere is strongly influenced by North American design while European design still mostly influences the southern part. 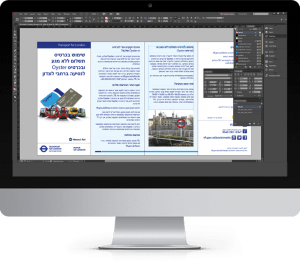 Whether you’re translating a website, a flyer, an advertisement or any other content with a visual component, it’s important to make sure that your design will resonate with audiences in all of your target languages. Otherwise, you’ll end up with a document that’s visually targeted to an English audience but written in another language. When it comes to communicating your message, you want your design to work with you, not against you!

At K International, we can help retarget your documents so that they connect with your intended audiences. Whether it needs a different colour palette, more appropriate imagery or a different set of visual cues altogether, our designers can adapt your document to communicate your message as effectively as possible.

2 thoughts on “Graphic Design Differs Around the World ”