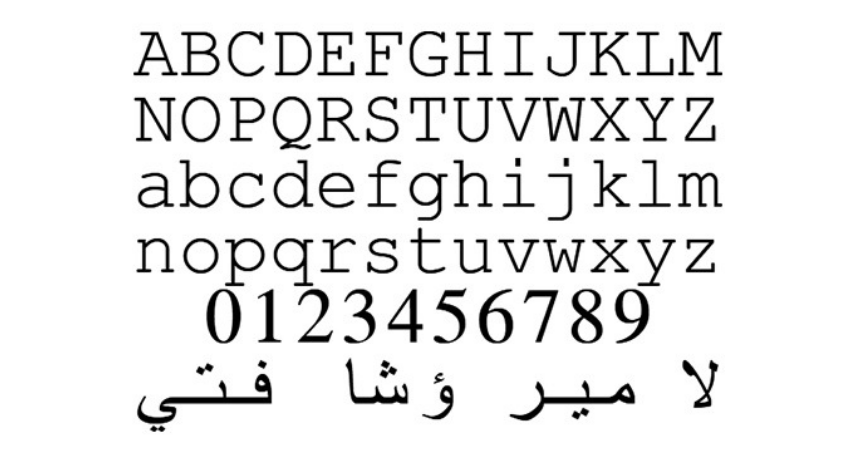 In our previous article we talked about the importance of Unicode encoding and how it provides a standard for use of foreign languages with computer systems. This article discusses foreign language fonts and how they are implemented within translated documents to properly represent the characters and text.

Whenever you are working with foreign text, it’s imperative that you have the assistance of a skilled linguist to check your work, even if you have a rudimentary understanding of the language you are using. This helps ensure against font corruptions or general formatting errors getting through to final designs. When non-latin scripts are required, like in the case of Chinese, Japanese, Greek, Russian, Arabic or various Indian languages etc. it may be beneficial to install the corresponding virtual keyboard for whichever language you are using to allow small scale editing/amendments.

Some languages share characters, so can appear correct to the uninitiated but in actuality can be badly misrepresented. This is especially true if the font you are using is not encoded using Unicode, this will usually be obvious, with random English characters or question marks appearing in the middle of foreign script. On occasion though all characters will be present but because of the encoding incorrect characters of the same style will be substituted.

Modern operating systems include support for the majority of international languages, but these may not all be installed by default. If this is the case you will need to check your language settings and consult the software guide for instructions on installing additional language packs. You should be aware that certain languages have much less widespread software support & require the use of specific fonts to display accurately.

As some software does not inherently support all the various languages, designers are required to make use of extra software. This can involve creating the text in supported software and converting it into a vector for use with the unsupported software, a process known as ‘outlining’. This has the effect of removing any prospect for editing so is really only advisable for small scale use or with documents that have been checked in detail prior to graphic conversion.

Translation will often have the effect of increasing or decreasing the amount of text depending on the target language. This will need to be considered as certain fonts will require extra room when foreign scripts are used in comparison to their latin counterparts.

Specialist DTP (desktop publishing) experts are often employed to handle projects that involve substantial foreign language text. This is due to having experience working with various languages that traditional designers may struggle with. Many of the practices for working with RTL and Indian languages cause software to behave very differently in comparison to when Latin text is used. This has the effect of significantly increasing the time required to complete projects when designers who do not have experience of working with multilingual software are called on to implement translations.