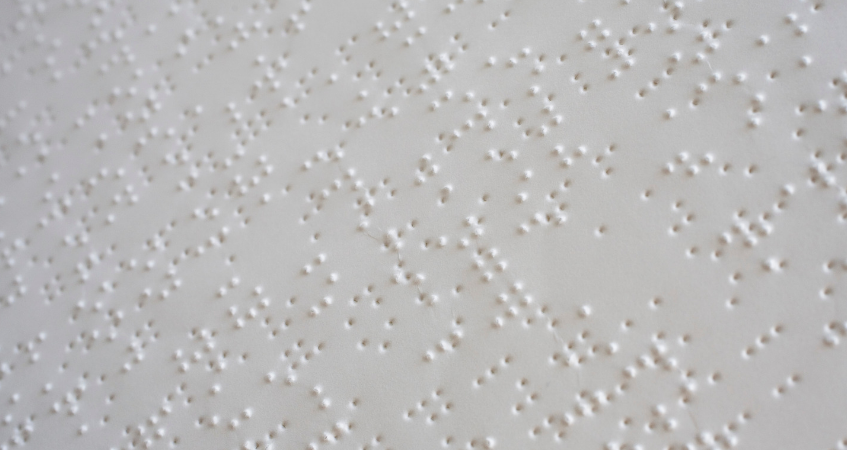 If you want or need to make your content accessible to everyone in your audience, language alone may not be enough. Braille documents allow the visually impaired and blind to access vital information independently.

But where did these raised dots come from? Today, let’s take a  look at the fascinating history of Braille and how it revolutionised communication for the blind.

Before Braille, there was night writing. French army captain Charles Barbier developed night writing at the request of Napoleon, who wanted a code that soldiers could use to communicate silently and under cover of night. The only problem? Nobody could read it!

Louis Braille began developing the Braille system in 1824 when he was only 15 years old.

Braille, a student at the Institution Nationale des Jeunes Aveugles (National Institute for Blind Children), realized that Barbier’s system was hard to decode because the symbols were too large. By reducing the maximum number of dots per symbol from twelve to six, readers could feel the entire symbol under their fingertips without moving, and then move on to the next symbol quickly.

Other students at Louis Braille’s school were quick to adopt the system. However, it took some time for it to be adopted more broadly. The Institution Nationale des Jeunes Aveugles didn’t begin officially using it until 1854.

However, it wasn’t officially adopted in Great Britain or the United States until 1932. By 1960, 50% of legally blind children in the United States were using Braille to read. That said, the percentage of Braille readers has dropped over time.

The first Braille writing machine was invented in 1892.

Today, Braille documents are usually produced on computers using a Braille embosser. Braille can also be written by hand using plates and a stylus, but this is somewhat cumbersome.

Business and Disability Discrimination Act (1995) and the Equality Act (2010)

The Disability Discrimination Act of 1995 made it “unlawful to discriminate against people in respect of their disabilities in relation to employment, the provision of goods and services, education and transport.” It has since been replaced by the Equality Act of 2010, which requires UK businesses to make certain accommodations and adjustments for blind and visually impaired employees and customers.  In some cases, this would include making signs and documents accessible in Braille.

Braille is most commonly used by those who were born blind or lost their sight at a young age. The majority of blind or partially sighted people in the UK have lost their sight later in life. Many of those people don’t use Braille because there is a bit of a learning curve. They might prefer to use large print (if they have enough vision), screen magnifiers, video magnifiers or screen readers that read words aloud.

However, around 18 -20,000 people in the UK do use Braille. And while new audio technologies have made it possible to browse the internet and listen to books without learning Braille, the system still has an important place in the lives of blind and partially sighted people.

For example,  there are definitely some practical applications that can’t yet be replaced by audio technology. Including Braille on packaging, especially medication, can help blind and partially-sighted people identify what’s inside. With Braille, they don’t have to rely on other people to tell them if they aren’t sure.

And while some blind people argue that audio and voice recognition technologies are making Braille irrelevant, others argue that blind people are losing out by not being able to read and write independently. Some educators argue that students educated using Braille are better able to write clearly than students who rely exclusively on oral and audio technology.   Plus, that technology is often expensive to access and not available in poorer countries. At least one study also shows that blind adults who learned Braille in school were better able to find jobs than those who did not.

So, technological advances aside, the need for Braille documents is unlikely to go away anytime soon.

Braille Translation Options for Your Organisation

Need help making your documents accessible to everyone? K International offers Braille translations of all sorts of documents to help you engage with and accommodate customers and employees alike. Want more information on how your organisation can benefit from the same quality Braille translation services used by multiple government departments? Contact us today!