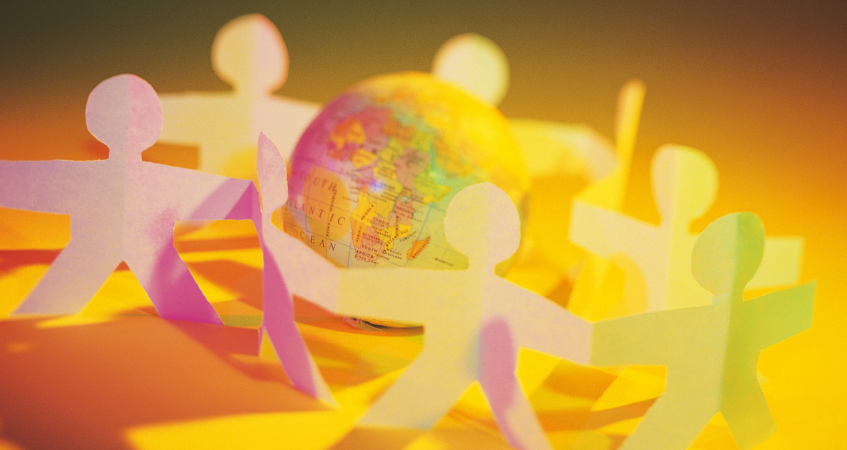 This year, the focus is on reducing intolerance towards refugees and migrants and building a sense of connection between refugees and their hosts.

Translation, interpretation and other language services have an essential role to play in these efforts. Here are seven ways translation encourages tolerance.

Translation Helps People to Understand Each Other

People fear what they don’t understand. That’s one reason so many episodes of intolerance stem from people being confronted by a foreign language. For example, in the United States this year, there’s been an uptick in incidents of people being harassed or attacked for speaking Spanish in public.

Why are people so uncomfortable with hearing others speak a foreign language? One of the most common reasons given is that they think foreign language speakers are saying something negative. They don’t understand what’s being said. So, they assume the worst.

Translation lifts the veil so that people can see each other’s common humanity.

Without communication, disagreements can turn violent.  And once they turn violent, it’s hard to break the cycle of mutual distrust that results. Translation and interpretation fuels negotiations between countries and between different factions within a country.

For example, consider the end of the Cold War. Politicians like President Reagan, President Bush and Mikhail Gorbachev get all the credit in the history books.  However, this NPR piece shows how important translators and interpreters were in negotiating the end of that conflict.

Translation Helps People Help Each Other

Translation is also a vital part of foreign aid. Without translation, it becomes exponentially more difficult to determine what people in distress need most and to manage the logistics of providing it. That’s why K International is proud to support Translators Without Borders every chance we get.

As this recent piece in the Economist notes, Translators Without Borders has been instrumental in helping Rohingya refugees access aid, particularly in regards to health issues. There’s a shortage of interpreters, so aid workers have had to rely on interpreters who speak related dialects for help. However, the Rohingya are a rural group with a conservative culture. So, they have their own collection of euphemisms to talk about health concerns like diarrhoea. Sadly, many of the women and girls have also been raped or sexually abused. They also rely on euphemisms to describe what happened to them.

Around the world, translation also helps refugees access services and integrate into their new communities.

Translation Encourages Appreciation for Other Cultures

Translation makes other cultures understandable.  Often, with understanding comes tolerance. When you know the meaning behind different cultures’ mythologies and traditions, they no longer seem quite so foreign.

Public pressure doesn’t always work to protect vulnerable people from intolerance. But sometimes it does. For example, US President Trump was forced to revise his family separation policy after publicity led to protests, both in the United States and internationally.

As many of those families did not speak English, translation and interpretation was an essential part of getting the word out.

Education is one of the best ways to encourage tolerance, but it’s not enough. Sometimes, consequences are needed as well. Translators and interpreters are vital to efforts to successfully enforce international laws.

Without a doubt, the most famous example of this is the Nuremberg trials. There were 200 defendants from the Nazi regime. All proceedings had to be translated into four different languages: English, German, Russian and French.  Due to the complexities involved, a system of simultaneous interpretation was developed that’s still used to this day.

According to the United Nations, promoting tolerance “lies at the core of the United Nations Charter, as well as the Universal Declaration of Human Rights, and is more important than ever in this era of rising and violent extremism and widening conflicts that are characterised by a fundamental disregard for human life.”

The United Nations isn’t perfect. They can’t solve every problem.  But they’ve done a lot of good over the years for some of the most vulnerable people and to fight intolerance around the world.  With that in mind, let’s take a moment to tip our hats to the translators and interpreters who work behind the scenes to keep the organisation running.

Do you have any more examples of how translation encourages tolerance? Share them in the comments.