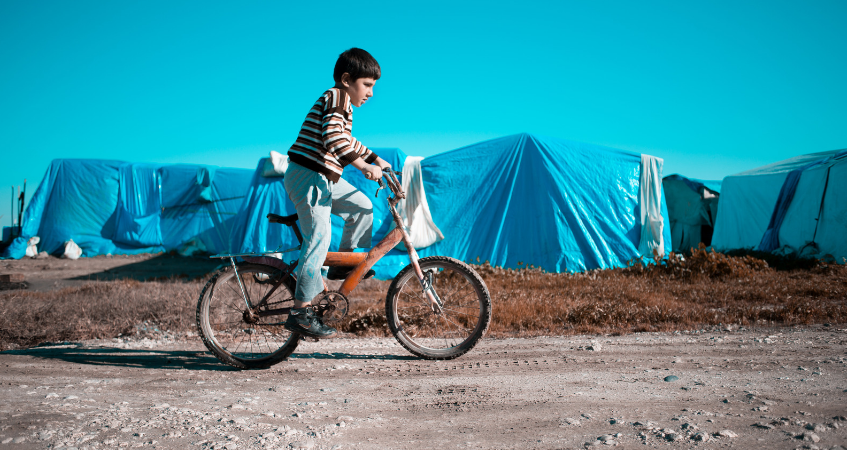 20 June is World Refugee Day. To mark the occasion, the UN is hosting events in cities and refugee camps around the world. The goal is to show support for refugees and to increase awareness of this global problem.

With that in mind, here are some shocking statistics about refugees around the world, and some ways that translators can help.

By the end of 2017, there were 68.5 million forcibly displaced people in the world. All of these people were driven from their homes by persecution, conflict, violence, or human rights violations.

In 2017 alone, war, violence and persecution drove 16.2 million people from their homes.

That’s 44,400 people a day, and it’s the highest number that the United Nations High Commissioner has ever recorded. 11.8 million people stayed in their own countries; 4.4 million left their countries to become refugees or seek asylum elsewhere.

52% of refugees are children.

These children have witnessed violence and war firsthand. They’ve lost their homes and their friends and had their schooling interrupted.  According to the UN, refugee children are more than five times more likely to not be in school than children in the general population.

Many of them have also lost their parents. The statistics include 173,800 children who were unaccompanied or became separated from their families as they fled.

68% of the worldwide refugee population comes from 5 countries.

Most of these conflicts are ongoing- Syria has been at war since 2011, and Afghanistan has been one of the largest refugee-producing countries in the world for the past 32 years.  In 2017, 88% of new refugees came from South Sudan, Syria and Myanmar.

The civil war in Syria continues to push Syrian people out of their homes and country. By the end of 2017,  a total of 6.3 million Syrians had refugee status.

South Sudan gained independence from Sudan in 2011. But by 2013, a civil war had broken out. As hostilities intensified this year, over 1 million people fled from South Sudan into neighbouring countries. Many of them were women and children.

Myanmar has the dubious distinction of producing “the world’s fastest-growing refugee crisis,” according to the BBC. Nearly 700,000 people, members of the Rohingya ethnic group, have fled from Myanmar into Bangladesh to escape violent government persecution and ethnic cleansing.  The stories are horrendous: mass killings, burned villages, and mass assaults, including rapes.

The Rohingya are Muslim, while the rest of Myanmar is predominantly Buddhist. As such, the government of Myanmar does not consider them citizens. They’re effectively stateless, with few rights and fewer protections. The latest episode of violence was set off when a small group of Rohingya formed a militant group and attacked Myanmar security forces. The army took revenge on the Rohingya ethnic group as a whole.

Compared to the number of people fleeing countries like South Sudan and Myanmar, the number of people fleeing violence and instability in Central America is tiny. But they’ve been on the news lately, and for a good reason. The Trump Administration recently formalised a “zero tolerance” policy on illegal immigration. That means families crossing together are being ripped apart so that the parents can be jailed. These heartless actions have created an avoidable crisis: over two thousand children separated from their parents, with all of the trauma that entails.

In a statement earlier today, Prime Minister Theresa May called the images of children in chain-link holding cells “deeply disturbing.”

Why is this a refugee issue? There is ample evidence that families presenting themselves at checkpoints to claim asylum are also being separated, even though requesting asylum is not against the law. The distinction between refugees and asylees is mostly semantic- when you apply for asylum, you’re asking for refugee status after arriving in the country instead of beforehand.

Witnesses also say that the US Border Patrol has refused to accept applicants for asylum at US ports of entry. Turning them away is a violation of international law. It also has the effect of motivating desperate families to cross illegally, so they don’t get returned to places where their own lives and the lives of their children have been threatened. Parents are then prosecuted.  Their children, no matter how young, are taken away. This is happening even if they turn themselves in immediately after crossing.

How the Translation Industry Is Helping

Many refugees and asylum seekers arrive in countries where they don’t speak the language. Here are some of the ways that the translation industry is helping them get the information they need.

At K International, we’re proud to support Translators without Borders. This organisation coordinates translation and interpretation to assist refugees and aid workers in crises around the world. For example, they’ve been instrumental in helping aid workers communicate with Rohingya refugees in Bangladesh. Their “Words of Relief” program supports aid workers and refugees in Europe.

Google Translate has its limits. But given the scale of the global refugee crisis, professional interpreters and translators aren’t always available when needed. Tarjimly connects refugees with volunteer translators via Facebook Messenger. Translators and interpreters from around the world can volunteer at their convenience.

Coursera for Refugees provides University-level courses for free to refugees around the world.  Of course, that means they need course material in a variety of languages. So, they’re always looking for volunteer translators. Join their translator community and help translate the courses.

Interpreting/Translation for Families Detained at the US Border

The “zero tolerance” and family separation policies have significantly increased the need for volunteer translators and interpreters. Families need help navigating the legal system. They also need help finding their children. Shoddy record-keeping makes the latter task more difficult than it should be.

Many of these families speak Spanish. However, not all of them do. The gang violence in Guatemala and Honduras is no longer confined to major cities. It’s also spilt into nearby rural areas. Here, people often still speak indigenous languages at home, like Mam or K’iche.

How are you observing World Refugee Day? Let us know in the comments!