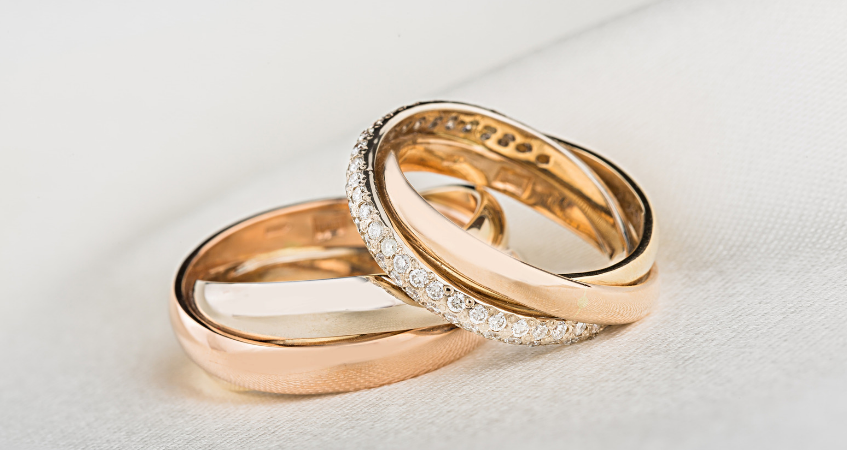 Around the world, everyone is talking about the royal wedding happening this weekend. (Even the people who are talking about how much they don’t care about the royal wedding are still talking about it, right?) It’s quite the international event, and people will watching in many different languages. Interpreters and translators will be working behind the scenes, as usual, to bring the festivities to an international audience. In fact, interpreters make fairy-tale weddings possible for people around the world, even if they’re only royalty for a day. With that mind, here are seven intriguing facts about interpreters at weddings, both royal and not.

When Philip II of Spain married Queen Mary I of England, the couple could not even speak the same language.

So, they used a mixture of French, Spanish and Latin for the ceremony.

Unfortunately for them, this isn’t a story about love so deep it transcends language barriers. In fact, according to their contemporaries, while Mary thought her new king was quite handsome, the feeling was not mutual. But then again, they didn’t marry for love. The match was made with the goal of strengthening the Catholic Church in England.

In the past, royal romances often depended on both partners being multilingual.

For example, when King Juan Carlos of Spain met Princess Sophia of Greece, she didn’t speak any Spanish. He didn’t speak any Greek, either. But he also spoke French, Portuguese, Italian, and English, and she spoke German, French and English. So, communication wasn’t really a problem.

Interpreters and translators usually stay in the background. But When King Carl XVI Gustaf of Sweden got married in 1976, an interpreter took centre stage.

That would be the bride,  Queen Silvia of Sweden, who previously worked as a professional interpreter for the Argentine Consulate in Munich. She met her future husband while she was working as an interpreter and educational host at the 1972 Summer Olympics. Although she gave up her career as an interpreter after she married, Queen Silvia speaks German, Portuguese, French, Spanish, English, and some Swedish Sign Language.

Prince Charles and Lady Diana’s wedding in 1981 was broadcast in 30 different languages.

When Prince William married Catherine Middleton, the event was broadcast in 180 countries.

People around the world tuned in on TV,  internet and radio. There were an estimated 72 million live streams of the wedding from 188 different countries, and the wedding went down in the record books as the “Most Live Streams for a Single Event.”

Prince Harry and Meghan Markle have made a point of limiting press access, but news stations from around the world will be covering the event anyway.

When Prince Harry and Meghan Markle get married this weekend, there will be far fewer journalists inside than there were when Prince Harry’s parents got married. Only one reporter has actually been invited inside the chapel, and only four are allowed outside the building.  However, limited access doesn’t mean limited interest.  Around 80 international broadcasters will be covering the wedding.  Meanwhile, US-based Spanish network Telemundo is planning “wall-to-wall” coverage in Spanish.

Even if your wedding isn’t a world event, you may still need an interpreter.

Even if your significant other is a prince or princess in your eyes only, you may still need an interpreter for the wedding.  When two families come from different cultures and speak different languages, using an interpreter can help everyone feel welcome and included at the ceremony. Sign language interpreters can also keep Deaf or hard-of-hearing family members from being left out of the festivities. Wedding ceremonies for the Deaf even have their own unique customs. For example, at Deaf weddings, you’re unlikely to hear the sound of spoons clinking against glasses. When a Deaf audience wants to signal that it’s time for the happy couple to kiss at the reception, they all begin to wave handkerchiefs instead.

Meanwhile, if you have a destination wedding, you may need to engage both translators and interpreters for the events surrounding the big day. For example, some countries require wedding services to be conducted in their official languages, even if the bride and groom don’t speak it. Since marriage is a contract, interpreters are often legally required as well. Additionally, documents like marriage certificates may need to be translated into multiple languages.

Are you looking for British Sign Language interpreters for a big event? Or perhaps you need someone to interpret from one spoken language to another? Get in touch – we can help you find an interpreter that’s just right for your needs!