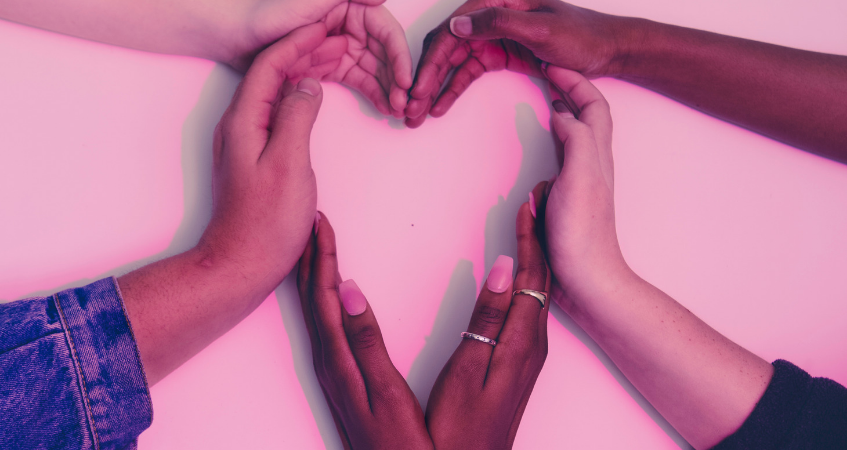 13 November is World Kindness Day.  World Kindness Day has been celebrated since 1998, and this year I daresay we need it now more than ever. 2018 has shown that intolerance knows no borders.  It’s easy to forget that kindness is ALSO universal. Every culture has its own customs and traditions of kindness, compassion and hospitality. Here are just five of the endless ways people show kindness around the world.

Stop me if you’ve heard this one before:  An anthropologist tries to get a group of African children to run a “winner take all” race with a basket of fruit as a prize. It doesn’t go as planned. Instead of racing each other, the children all hold hands. They cross the finish line together and share the fruit. When the anthropologist asked them why they cooperated instead of competing, they said “Ubuntu, how can one of us be happy if all the other ones are sad?”

I hate to be a spoilsport, but I can’t find any confirmation that story actually happened as described.

However, ubuntu as a cultural concept is real. As a philosophy, it was made famous by South African leaders like Nelson Mandela and Archbishop Desmond Tutu. But it’s much older than they are. Ubuntu is an idea that’s common to many of the cultures of Southern Africa. In Zimbabwe, the Shona call it unhu. In Malawi, it’s called uMunthu. In all of these languages, the meaning is constant: “I am because we are.”

This philosophy encourages kindness in a variety of ways, including:

Among Westerners, Japanese culture sometimes has a reputation for being aloof and distant, and it’s true that open displays of emotion are often frowned upon. However, if you look underneath the surface, you’ll find kindness and consideration for others woven throughout Japanese traditions and customs.

For example, consider the Japanese word “motenashi” or “omotenashi.” It’s often translated as “hospitality,” but it’s more than that. According to Japan Today,  “anticipating needs is at the heart of the concept.” The Japanese service industry is famous for this, but it extends to thoughtfulness and kindness in private life, too.

As the BBC  notes: “Omotenashi is a way of life in Japan. People with colds wear surgical masks to avoid infecting others. Neighbours deliver gift-wrapped boxes of washing powder before beginning building work – a gesture to help clean your clothes from the dust that will inevitably fly about.”

You can also see this kindness in the practice of “senbetsu,” a “goodbye gift,” usually of money, that’s given to people who are about to go on a trip, or to move, or change jobs. The recipient is supposed to return the kindness, of course, with a small gift or souvenir.

My personal favourite tradition of kindness is the “caffè sospeso,” or “suspended coffee.” This tradition began in Naples, 100 years ago. Here’s how it works.  If you’ve been lucky, or you’ve had a good day, or you just feel like paying it forward, you can go into a coffee bar and order a “caffè sospeso.” You pay for two coffees, but you drink only one. Then, someone else can come in and claim the “suspended coffee” if they need a hit of rich brown liquid sunshine.

By 2008, the tradition was on the decline in Naples. Fortunately, however, word of mouth and the power of the internet has recently given it a much-deserved boost and spread it around the world.

In Singapore, random acts of kindness are considered enough of a priority to receive government funding. The Singapore Kindness Movement is a nonprofit that’s funded in part by a government grant from the Ministry of Culture, Community and Youth.  The mission? To promote random acts of kindness, everything from cleaning up litter to helping migrant workers celebrate Diwali with pizza and doughnuts.

In 2015, an anonymous Iranian set up a “wall of kindness” in Mashhad. The idea quickly spread throughout Iran. A “wall of kindness” is a wall set up as  a donation space. It’s equipped with hangers for clothes, and sometimes with space for food and other items like books. People drop off useful items they no longer need. People who do need them, take them.  For this to work, everyone has to be thoughtful and disciplined.

The concept has since spread beyond Iran. Places as diverse as Rome, Italy; Liuzhou, China; Karachi, Pakistan and Mysore, India have all built “walls of kindness” of their own.

How did you celebrate World Kindness Day? Do you have any traditions of kindness that you’d like to tell us about? Let us know in the comments!