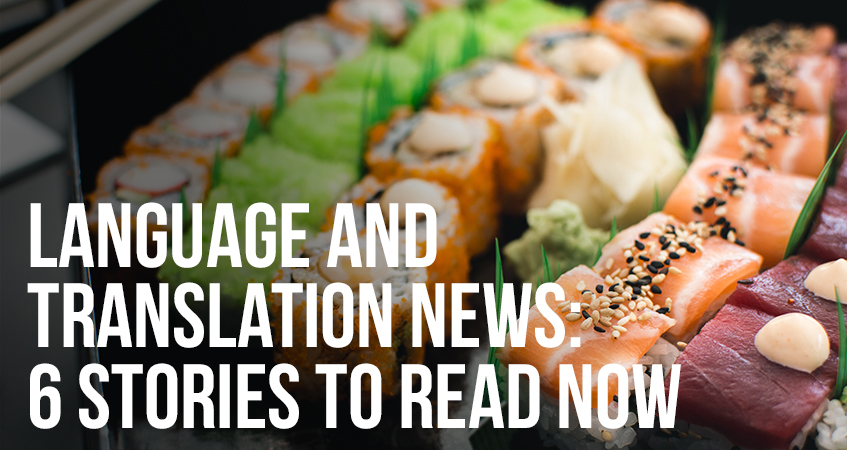 What’s been going on in the language and translation world this month? We’ve rounded up 6 of the most interesting stories from our industry. Grab some coffee or a cup of tea, settle in and let’s get caught up!

For your convenience, Bustle has a list of the translated titles here. Check it out, there’s something for everyone!

John Rassias, the American University professor who created Peace Corps’ highly effective language learning program, passed away on 2 December. According to the Associated Press, the Rassias Method “break[s] down students’ inhibitions by using “rapid-fire drills, cultural immersion and a touch of theatre.” He was 90 years old.

In addition to the Peace Corps, the method is in use in Mexico, Bulgaria, France, Japan, Greece, Turkey and the city of Baltimore school system.

The Spanish government wants more Spaniards to be able to converse in English. To this end, they are considering a novel proposal: ban dubbing of foreign films and TV shows into Spanish.  Instead, according to the Local, English-language media would be broadcast in English with subtitles.

Dubbing has been traditional in Spain since the days of Francisco Franco. Under Franco, all languages other than Spanish were forbidden. The only legal way to show foreign films was to dub them into Spanish. It’s been four decades since Franco died, but the Spanish preference for dubbing over subtitles remains. The ruling Popular Party is proposing to change that, in hopes that seeing more programmes in English will help boost English skills.

Our hats are off to ElaN Languages for this clever video. The ad, which won a gold Epica Award, has a chef prepare a Japanese sushi recipe translated two different ways: by professional translators and by Google Translate. Only one translation actually produced an edible result, and you can probably guess which it was. As Adweek noted,

“The real value in “Taste the Translation” is in showing the importance of using professional translation for documents where careful phrasing matters. It might prove to be just enough of a nudge to make cheapskate businesses rethink their usual approach of just running content in bulk through free tools like Google Translate.”

Did you know that 60 percent of the average Youtube channel’s views come from other countries? YouTube just released a new set of translation tools to make it easier to reach people who speak other languages. Now, you can:

VICE tested out the new features before they rolled out to the general public. They found that their daily watchtime from Spanish and Portuguese speakers more than doubled, an excellent demonstration of the power of translation.  As Video Partnerships Manager Jordan DeBor  explained on the YouTube blog,

These new features have the potential to fundamentally change the way VICE distributes its YouTube content on a global scale. By removing the language barrier, YouTube delivers the opportunity to build new audiences in local markets and expand in our existing ones.”

Being Bilingual as an Infant Affects Language Learning for Life

Learning a second language as an infant affects the way your brain processes language for the rest of your life. Researchers from McGill University in Canada compared three sets of children. One group had been raised speaking only French.  The second group had been raised speaking both Chinese and French. The third group of children were adopted from China before age 3 by French-speaking families, and stopped speaking Chinese after their adoptions.

The different groups of children completed language-related tasks while undergoing MRI scans to see what part of their brains were activated. Here are the results, via Futurity:

Although all groups performed the tasks equally well, the areas of the brain that were activated differed between the groups. In monolingual French children with no exposure to Chinese, areas of the brain, notably the left inferior frontal gyrus and anterior insula, expected to be involved in processing of language-associated sounds were activated.

However, among both the children who were bilingual (Chinese/French) and those who had been exposed to Chinese as young infants and had then stopped speaking it, additional areas of the brain, particularly the right middle frontal gyrus, left medial frontal cortex, and bilateral superior temporal gyrus were also activated.

In other words, the children who stopped speaking Chinese as toddlers processed language the same way as the bilingual children did. Among other potential benefits, researchers say this may help them design new, more effective language learning strategies for grownups.

Have you seen any good language and translation stories this month? Share them in the comments!