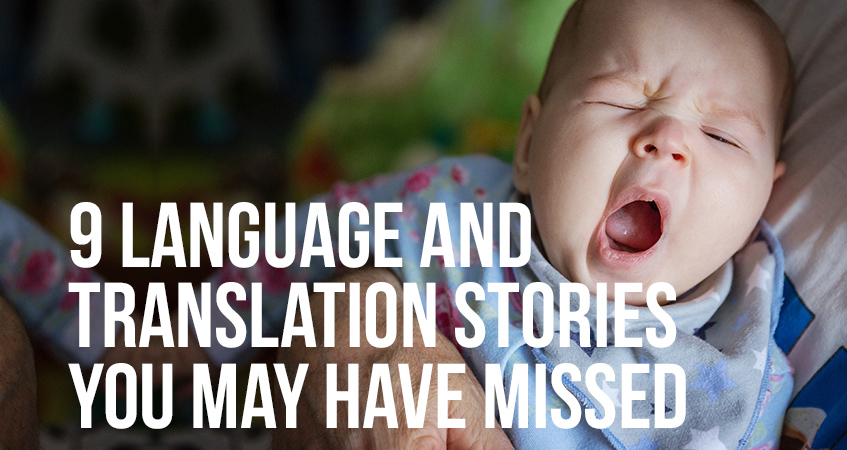 The Rosetta Wearable Disk: Language Preservation is in Fashion

Sad but true: We lose another language every 14 days. But now, you can wear more than 1,000 languages around your neck, thanks to the Long Now Foundation’s Rosetta Wearable Disk.  It’s a silver-and-gold necklace on a chain that uses nanotechnology to store over 1,000 minuscule nickel “pages” printed with the Universal Declaration of Human Rights in 327 languages and vocabulary for 719 more.

Finally, I feel obligated to note that the Smithsonian story I’m linking to isn’t quite correct. There are currently 6,000-7,000 living languages, of which 3,748 have a writing system. So no, the disk doesn’t include “All of the world’s languages.” Just a lot of them.

India’s deaf and hard-of-hearing community is getting a boost. The Indian government’s Ministry of Social Justice and Empowerment is putting together the first-ever Indian Sign Language (ISL) dictionary.  The dictionary will have pictures and definitions for 6,000 ISL words.

Indian Sign Language (also called Indo-Pakistani Sign Language) is used by several hundred thousand deaf and hard-of-hearing sign language users across South Asia. It is different from American Sign Language and British Sign Language, although some elements are inspired by BSL. ISL has yet to be officially recognized as a minority language. Also, there are only 300 interpreters in the country, according to the Indian Express. So, this is a positive step forward but there’s still a long way to go.

Residents of Cork are displeased with Irish-language street signs they say are riddled with errors. The translations are apparently being handled by a Dublin agency. According to councillor Kieran McCarthy and  Fianna Fáil representative Tim Brosnan, the errors are a result of not researching the history of the street names in question. For example, “Cook Street, named after a merchant called Cook, has been translated as ‘Sráid Chúc’, referring to chef rather than the person in question. ”

Let this be a reminder to us all: context matters!

Google Translate just released a cool new feature on its Android and iOS apps: Instant Japanese translation of images, with no need to even take a photo.

This should be quite helpful for travellers.  But like all things machine translation, the key is to know when it’s appropriate to use and when you’d be better served by a knowledgeable human.

They risked their lives to help the American military, and now their plans to start a new life in America are being put on hold for who-knows-how-long.  Heckuva job, guys.

And before anyone gets indignant, I’m American. So basically, it’s my country and I’ll cry if I want to.

A new study shows that being bilingual can delay the progression of Alzheimer’s by up to 5 years.

Want to learn a new language? Here are our picks for the top languages to learn in 2017.

Does it seem like your newborn is hanging on to your every word? There’s a reason for that. A new study suggests that even people adopted internationally as infants retain some memory of their birth language.

Researchers asked adults adopted from Korea as infants and toddlers by Dutch-speaking families to learn Korean consonants. Compared to Dutch adults who had not been exposed to Korean as children, the adoptees had a much easier time with the unfamiliar sounds. Furthermore, this held true even for children adopted as early as six months!

The type of languages the students learned also influenced their rates of synesthesia, according to researchers. For example, the more difficult the second language, the more likely students were to develop synesthia.

Do you have any more cool language and translation stories to share? Let us know in the comments!

Tags: translation news
Previous Post The Top 10 Most Endangered Languages in Europe
Next Post Examples of Taboo Language From Around the World