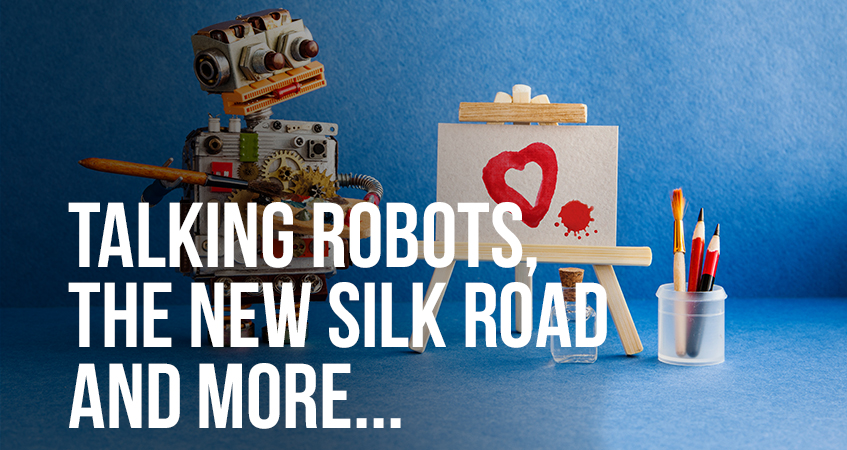 Got some time to kill? Wondering what’s been going on in the world of language and translation? We’ve handpicked 10 noteworthy stories for you to enjoy on your next coffee break. Enjoy!

For years, Kurds in Syria have been banned from reading books in their own language. Offenders caught in possession of Kurdish literature were often imprisoned. Now, a non-profit initiative called Hunar is translating books into Kurdish to help save the Kurdish language.

As Abdo Shehu, who works on the project,  explained to the Daily Mail, “We’re doing our best not only to translate literature but also philosophy and thought… so that Kurds can read world literature in their mother tongue.”

An NPR reporter recently tested out Google Translate and Baidu’s translation app during a trip to China.  Her experience using the apps on a quest for a pedicure was mixed -some technical glitches and translation errors, but also a long conversation with a pedicurist who did not speak English.

This is an interesting read on the promise and pitfalls of these apps, which are great for personal travel but not quite reliable enough for business use.

A university student in Singapore is attempting to revive the Kristang language in Singapore. Kristang was spoken by the Portuguese Eurasians, descendants of Portuguese settlers who married into local families.

Kristang is a creole that combines parts of Portuguese, Malay, Mandarin and Hokkien. There are very few fluent speakers remaining and Ethnologue classifies it as moribund.  Kevin Wong, a linguistics student who is half-Eurasian, has started an organization to bring it back to life with classes, events, and festivals.

Language Preservation: Is 35,000 the Magic Number?

Economist David Clingingsmith believes it is. He recently published data to that effect, demonstrating that languages with 35,000 speakers or more are “under no threat of extinction.”

He also believes we will lose around 1600 languages in the next 100 years. This is quite a bit more optimistic than the general consensus amongst linguists, which is that we stand to lose between 50-90% of the world’s 6-7000 languages.

Apparently, it’s not all bad having a President with a middle schooler’s vocabulary and a famously repetitive speaking style. Some English language learners say they find listening to his speeches to be helpful practice.

Whatever works, I guess. Although I can only hope they go somewhere else to learn actual grammar.

US Republicans: Can’t We Just Use Google Translate?

Lawmakers in Illinois shut down a bill that would have translated the state’s website into Spanish using actual humans because “Google Translate is available for free.” Head, meet desk. . . perhaps someone should send them a link to Rich’s article “Can’t I Just Use Google Translate?”

Relatedly, there is still no Spanish translation available for the Whitehouse.gov site. Transfluent has created a Spanish-language replica as a public service/marketing stunt, but their crowdfunding campaign is nowhere near its goal so who knows how long it will remain up.

Other Languages Will Soon Eclipse English on Netflix

Here’s more proof that English is no longer the number one language online: Netflix supports over 20 languages, and soon less than half of Netflix viewers will be watching in English.

Netflix is Looking for Subtitlers

Got language skills? Netflix might pay you to subtitle the movies and shows it offers into a variety of different languages through its new Hermes program.  It’s as close as you’ll get to becoming a “professional binge-watcher.”

To qualify, you must pass a test to demonstrate your ability to translate idioms from one language to another.  Should be a piece of cake, right? Well, perhaps not, as these idioms from around the world demonstrate.

Researchers have programmed AI bots to create their own “language” to communicate with each other in the pursuit of simple goals like “go to the blue dot.”

I believe we all know what happens next. Someone page John Connor, please.

The New Silk Road: China’s One Belt One Road Initiative

China’s New Silk Road is full of opportunities for businesses of all types and sizes. So why haven’t you heard of it yet?  Head on over to LinkedIn and let our CEO Richard Brooks get you up to speed.

Did we miss anything? Let us know in the comments!