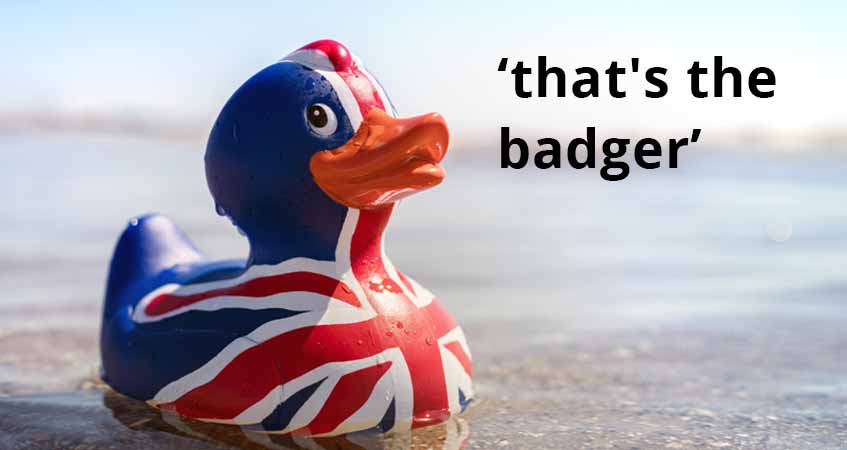 According to the latest census, 92% of people living in England and Wales speak English as their primary language. However, that doesn’t mean it’s spoken the same way all across the country. Unique, quirky regional accents and dialects abound. As you’ve probably experienced, in some areas, there’s a good chance you’ll be confronted with at least a few English words or phrases that you don’t quite recognize!

The area around Shropshire, Herefordshire and Worcestershire is famous for its unique way of speaking. As the BBC notes, there’s some dispute as to whether there’s one Shropshire dialect or several, but there’s no doubt that the region is linguistically distinct.

Unfortunately, though, the dialect (or dialects) may be disappearing, as more young people opt for a standardized version of English reinforced by mass media.

As reported in the Shropshire Times, Nikki Gittins, a local graphic designer has begun to build a database of local words and phrases, the first such project in the past 100 years. Gittins explained to the local newspaper that she first became interested in studying the dialect after she moved away from the region for school. Her Local Language Project started as the final stage project for her Master’s Degree, but it’s morphed into something much bigger:

“The aim of the project was to originally get the younger generation interested in the dialect of the Shropshire, Herefordshire and Worcestershire area, but as research progressed so did the aims….I discovered that 93 per cent of people polled believed there should be some kind record of this particular dialect – something which hasn’t been done in-depth since 1878 with Georgina Jackson’s Shropshire Word Book. And 98 per cent of people polled believe the dialect is important to the social history of the area.

Currently, the project website features a selection of local words and phrases, though unfortunately only a few of them have meanings listed. There’s also a wonderful selection of graphic design, photography and videos. If you know of any words or phrases she hasn’t listed yet, you can submit them through the site.