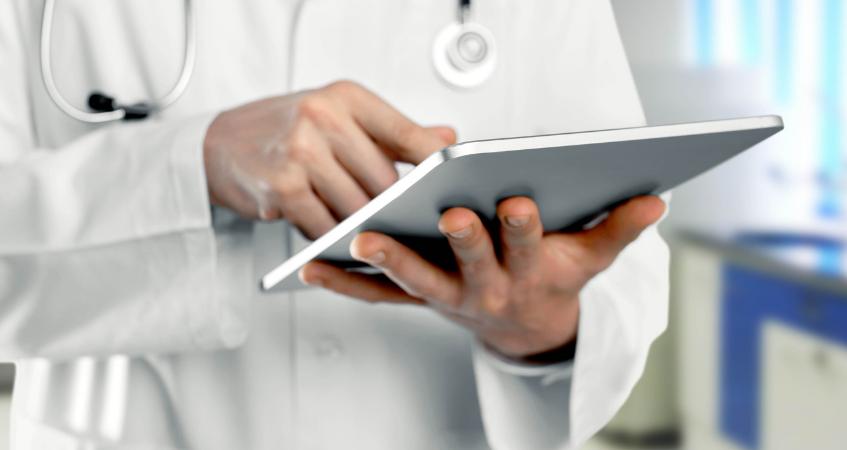 Ideally, every medical patient would have access to an interpreter who speaks their language. However, these services aren’t always available, and when doctors and patients can’t communicate effectively, the consequences can potentially be devastating.

Late one night, Brad Cohn and Alex Blau, two medical students at the University of California in San Francisco, shared stories of language barriers they’d experienced while trying to treat patients and wondered, “Why isn’t there an app for that?” Inspired, they decided to build one.

In an article on the University of California website, Blau explained:

“Ninety percent of diagnoses come from the patient’s self-reported medical history, so the ability to communicate is critical. Time is not an asset doctors or patients have. You need that information when you need it.”

The app, called MediBabble, reads translated versions of more than 2,500 standard medical exam questions to patients in Russian, Spanish, Cantonese, Mandarin and Haitian Creole. With the exception of Haitian Creole, these languages were chosen to match the most common non-English languages spoken in San Francisco. The Haitian Creole version has already been used by medical students volunteering to treat earthquake victims in Haiti. French, German, Hindi, Urdu and Arabic medical translations are on the horizon.

MediBabble is free and is available for the iPhone in the iTunes store. Once you download the app, you can use it anywhere, with no need for an Internet connection.

According to Brad Cohn, creating the app was:

“A real life education on how we can bring technological resources to bear for treating patients, for improving their condition and for hopefully beating disease. And we’re really lucky to be here in this moment when this is being developed, because maybe we can be part of this sweeping change – because it’s going to change health care, like it’s changed the rest of the world.”