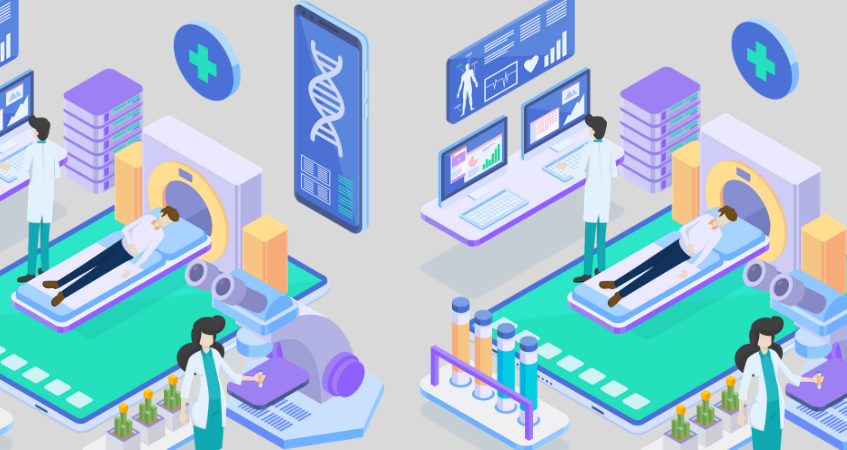 Used wisely, technology can be a helpful tool for communicating across language barriers. However, there are some situations where an app just won’t cut it.

Is healthcare one of those situations? New applications promise to help doctors and nurses communicate with patients who don’t speak English, a tempting prospect for cash-strapped hospitals in the US and the UK alike. For example, a recent story on NextGov.com profiled two medical translation apps developed by Transcendent Endeavors. One app relies on a tablet touchscreen to help patients relay basic needs to the nurses who care for them, while another helps health care providers communicate basic medical instructions to patients.

The key word here is “basic,” and critics say that’s the problem. The  level of communication provided by translation apps is simply too basic to be helpful in a medical setting, and may even cause harm.

Dr. Glenn Flores, the director of the general pediatrics division at the University of Texas Southwestern and Children’s Medical Center in Dallas, explained his concerns to Nextgov.com:

“The medical encounter is incredibly complex and nuanced. If you just have a simple tablet that asks, do you have pain or not, that’s going to give people a false sense of security. You’re going to end up putting people at risk.”

Nextgov points out that medical translation involves more than just language; trained medical interpreters can often help physicians understand important cultural factors that might affect the patient’s symptoms or care, like traditional remedies that could be harmful.

In the future, medical translation apps may improve to the point where they can play a valuable role in healthcare, according to Dr. Flores:

“What I think is exciting, but it’s probably a number of years away, is we may at some point have a smartphone that’s able actually to provide state-of-the-art, spoken-language translation,” Flores says—a tool that accurately translates spoken language in real time. Google Translate’s speech-enabled smartphone apps, an early attempt at this, aren’t always grammatically accurate, he says, and shouldn’t be used in a health-care setting.

At least for now, a trained medical interpreter is the safest, most reliable option for ensuring every patient gets the care they need.