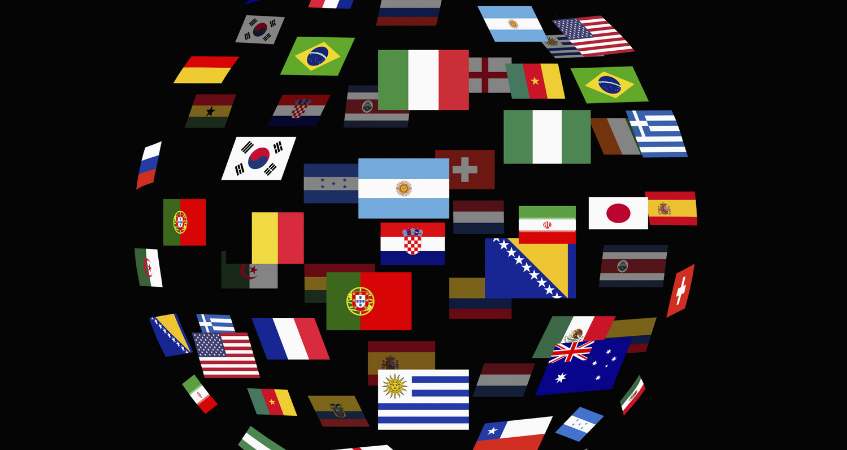 Here are 6 reasons why a multilingual content marketing strategy can help you win customers and influence people around the world.

But first things first. Let’s start with some background. What is multilingual content marketing, anyway?

“Content marketing means creating and sharing valuable free content to attract and convert prospects into customers, and customers into repeat buyers. The type of content you share is closely related to what you sell; in other words, you’re educating people so that they know, like, and trust you enough to do business with you.”

Multilingual content marketing means doing this in more than one language. It’s more difficult than it sounds, especially as different cultural beliefs and expectations come into play. But it’s worth it. Here’s why:

English has lost its hold on the web.

Initially, English dominated the Internet. But those days are over, and they get further and further away every single day. Multiple studies show that only about half of the most visited websites are in English. And the amount of online content in other languages is growing much faster than the amount of content in English.

According to a Common Sense Advisory study from 2012, it takes 12 languages to reach 80% of the Internet.

Meanwhile, Asia now has more Internet users than the US and Western Europe put together. And the country with the highest number of social media users in 2016 was actually South Korea.

People around the world prefer content written in their native language.

For example, a 2011 survey by Eurobarometer [PDF] found that given a choice, 9 out of 10 Internet users in the EU preferred to browse sites in their native languages.

Sure, 53% of respondents said they would “accept” visiting a site in English if there was no other option. But do you want potential customers to “accept” your content, or do you want them to “prefer” it?

The goal of content marketing is to have them prefer it. . .  and by extension, to prefer your business.

People prefer to buy in their own language.

Eurobarometer also found that people prefer to buy from native-language sites. 75% of “heavy” Internet users and 85% of other Internet users said they would only “occasionally” or “never” use another language to search for or buy products.

To do that, you have to “speak your customers’ language,” using the same words they use to talk about their needs and experiences.  And at the risk of sounding obvious, that starts with actually speaking their language.

But don’t lots of people speak English as a second language these days? Won’t they just “make do” with your English-language content, or use Google Translate?

Possibly. . . but what about when your competitor approaches them in the language they prefer to speak? Will they stay with you? Before you answer, consider this: Common Sense Advisory found that for 56.2 percent of the people they surveyed, local language content was more important than price.

If you want to get more customers online,  they have to be able to find you.  And as Search Engine Journal notes, multilingual content can bring “quick SEO wins.”

The bottom line? If a significant percentage of your customer base speaks another language, your business probably should, too.

According to Salesforce, localized content is “one of the easiest paths for increasing revenue.” Further, they note that

A study of Fortune 500 companies showed that those that localized their content were two times more likely to increase profit and 1.25 times more likely to grow earnings per share year over year. Companies that invest in localization also reinforce the perception within a region of its commitment to doing business there, communicating stability and permanence.

In fact, appropriate localization is the backbone of an effective multilingual content marketing strategy. It’s how you ensure that your content is not only understood by your international audience but that it also hits the right emotional notes and communicates the right message.

Need help getting started? At K International, our team includes multilingual copywriters and specialist translators to ensure your content sends the right message in every language you publish in.