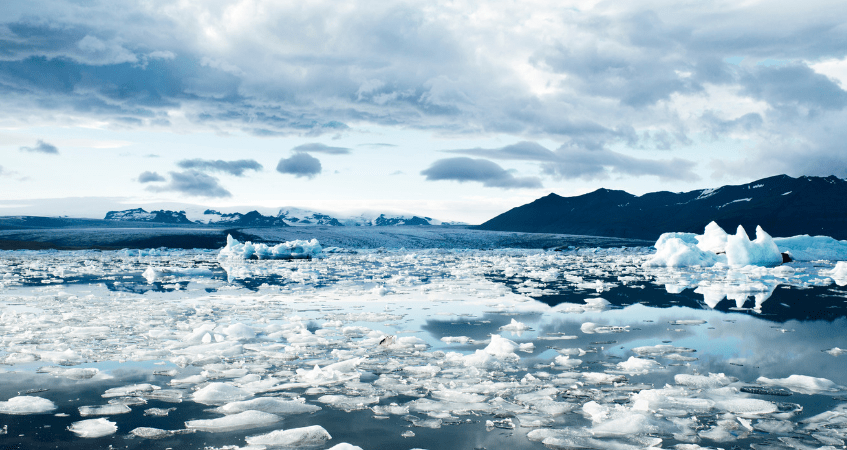 It came out of the blue. A crack in the ice and then a surge of water rushing at 400m3 per second down the slopes of the high Andes towards the remote village of Keara in Bolivia. The sudden flood swept away crops, farm animals and pets, but spared the human population on the whole. The surge also destroyed the only road, leaving survivors cut off for several months. But what caused this unexpected disaster?

Known as the Apolobamba glacial outburst flood of 2009, it was the direct result of climate change. As glaciers in the Bolivian Andes recede (they have shrunk by 43% since the 1980s), meltwater forms lakes on loose piles of sediment that can prove unstable. If a rock or ice avalanche disturbs the lake waters, deadly floods can kill those living in the valleys below. Perhaps surprisingly, multilingual transcription can be an effective tool in helping prevent such climate disasters.

An interesting example of this is an international research study on the safety of glacial lakes in the Bolivian Andes. The study identified 25 glacial lakes that present a hazard to local populations. Working in English and Spanish with NGO the Bolivian Mountain Institute, a research team from Manchester Metropolitan University examined all the glaciated ranges in Bolivia, using multilingual transcription to document the experiences of locals (such as those at Keara) affected by glacial outburst floods, and making their research findings and publications available in both languages so that Bolivian officials could access and act on their findings.

Evidence That Contributes to the Bigger Picture

This geological study feeds into a larger picture of climate advocacy which highlights the challenges climate change poses to mountain communities around the world. When advocating for these communities, NGOs such as the Mountain Partnership make use of multilingual transcription services to ensure that all the relevant evidence (including the MMU study) is available in the UN’s six working languages. As a result of such work, the UN has adopted three mountain-related targets into its 2030 Agenda for Sustainable Development.

Enabling Governments and the International Community to Take Action

In fact, multilingual transcription makes it possible for governments, NGOs and the international community to make decisions and take action on climate change by providing the most accurate and up-to-date information in languages officials can understand. This provision was essential for the historic Paris Climate Agreement of 2015, the first every legally-binding global climate deal, which was signed by 195 countries and came into force in November 2016.

The climate commitments made in Paris and in Marrakech were made possible by the secure transcription of meetings, position papers, speeches and political negotiations into the UN’s working languages of Arabic, Chinese, English, French, Russian, Spanish. As well as allowing government and NGO representatives to implement these commitments, the transcription of documents into multiple languages enables international media outlets to report on the implications of climate agreements for ordinary people, raising awareness as to how they will affect people in their everyday lives.

Since the election of Donald Trump as the 45th US President, there has been concern that the climate agreements reached in Paris and Marrakech are in jeopardy. With a pledge to cut NASA’s funding for climate research, many climate advocates are worried that the President-elect will back out of previous climate commitments and focus on growing the US economy whatever the environmental impact.

In response to this threat, many private companies and NGOs have stepped up their own efforts to tackle climate change through privately-funded projects. A notable example of this was the first Companies vs. Climate Change Conference held in Fort Lauderdale, Florida at the end of November this year. Billed as the B2B Climate Solutions Event, the conference was organised in partnership with major international companies including Citi Bank, SAP, United Airlines, Bacardi, Avery Dennison and Ingersoll Rand.

Tackling subjects such as strategies for resilience and climate adaptation, reducing food waste, climate change finance and smart, green buildings, the conference’s agenda brought climate change to the top of the corporate agenda. This reflects a growing sentiment among many US-based businesses, who signed an open letter to President-elect Trump calling on him not to abandon America’s Paris Climate commitments and to prioritise a low carbon economy.

However, one notable absence in this privately-funded climate advocacy is the availability of documents in languages other than English. In contrast to the UN and many NGOs, private climate documents, speeches, lectures and position papers are not routinely transcribed into multiple languages, restricting their ability to build understanding and consensus beyond their immediate audience.

Multilingual transcription of these resources would bring their message on climate to a much wider audience – in fact, simply by transcribing the video and other documents into 13 languages it’s possible to reach 90% of the world’s population. This is a wasted opportunity.

If you think your department or organisation could also benefit from our reliable, accurate multilingual transcription services, get in touch.

Interviews are one of the most research important tools for collecting qualitative data. However, in their raw form, audio and video interviews are more difficult to analyse and share. Transcribing this data into writing makes the information easier to work with. But what’s the best way to go about it? Here are six things to […]