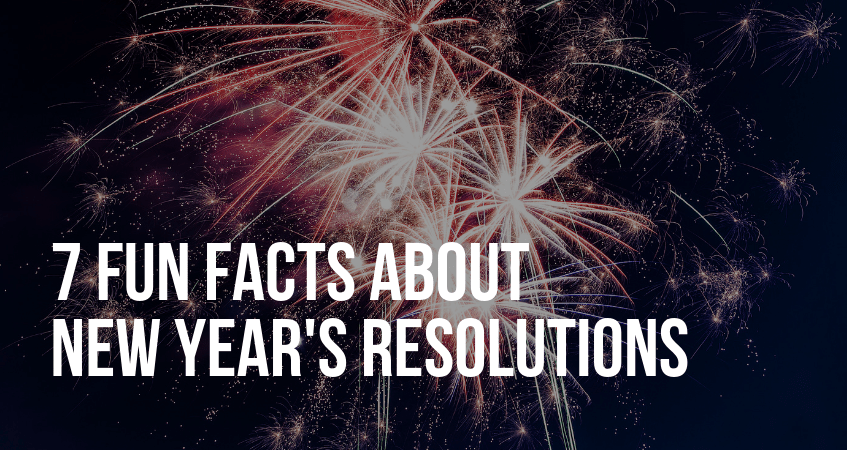 The ancient Babylonians made the first New Year’s resolutions

Who started the tradition of making New Year’s resolutions? Possibly the ancient Babylonians, about 4,000 years ago.

The ancient Babylonians celebrated the New Year on the first new moon after the spring equinox. They called it Akitu, and it was a major festival that lasted 11 days. During the festival, the Babylonians made New Year’s resolutions to keep themselves in good standing with the gods.  But kale juice cleanses and the like were unknown back then, of course. So, they often resolved to get out of debt or to return borrowed farm equipment. Much more sensible, probably.

The tradition continued in ancient Rome

Starting off a new year in the middle of winter is a Roman innovation, and we still use an improved version of the old Roman calendar today. Originally, though, the Roman calendar started off in March. Ancient Roman tradition held that the month of Ianuarius (January, in case you haven’t guessed) was one of two months added to the original Roman calendar by the Roman king Numa. According to the writer Columella, who lived in the 1st century AD and wrote an ancient Roman version of the Old Farmer’s Almanac, farmers were supposed to make an “auspicious gesture” on 1 January by getting started on the tasks they intended to get done throughout the year.

Romans in all occupations offered resolutions to Janus, the god of beginnings, endings and the New Year.

A 1951 study by sociologist Isidor Thorner found that the practice of making New Year’s resolutions was more common in countries with a strong Protestant influence. For example,  in 1951, New Year’s resolutions were thought of as a “tradition” in countries like Australia, England, Wales, Scotland, Northern Ireland and South Africa. Meanwhile, Latin American, Scandinavian, Asian and Eastern European countries didn’t recognize the tradition.

According to a write-up on The Other Sociologist, the tradition lost its religious connotations as it spread:

“Although most societies have “resolved to reform themselves in one way or another,” Protestant values of “life-long emotional discipline as well as an attempt to live up to rigorous standards” have influenced the spread of New Years Resolutions amongst Protestant nations. From there, cultural diffusion of this tradition spread out to other nations. Over time, as Protestant cultures became more secular, this tradition took on a more jovial tone, and eventually lost its religious connection.

How much does culture affect the New Year’s resolutions you choose?  A 1977 study that compared New Year’s resolutions from middle-class American children with Amish children found that the Amish kids tended to focus on activities that would help them achieve their goals. The middle-class American kids tended to focus on results.

So, an Amish child might resolve to “study more,” while an American kid might plan to “make straight As.”

Of course, the real question was left unanswered: Was this a meaningless semantic difference? Or are the Amish any better at keeping resolutions than the rest of us?

Or at least, that’s the conclusion you could draw from a 2013 Google Maps project called Zeitgeist. Internet users from around the world were invited to share their resolutions. Then, Google mapped them and analyzed them, breaking them down into the following categories:  health, love, career, finance and education.

Looking at the map, health-related resolutions predominated in the US and Egypt. Visitors from Australia and Japan were looking for love. In Russia, meanwhile, education was the top priority. And in India, career goals were king.

Of course, this is far from a scientific study, but it’s still interesting.

So, what were the top New Year’s resolutions? Twitter attempted to answer that question based on users’ tweets. Here are the results:

So, what’s your New Year’s resolution this year? And how long do you think you’ll keep it up for?

Let us know in the comments!