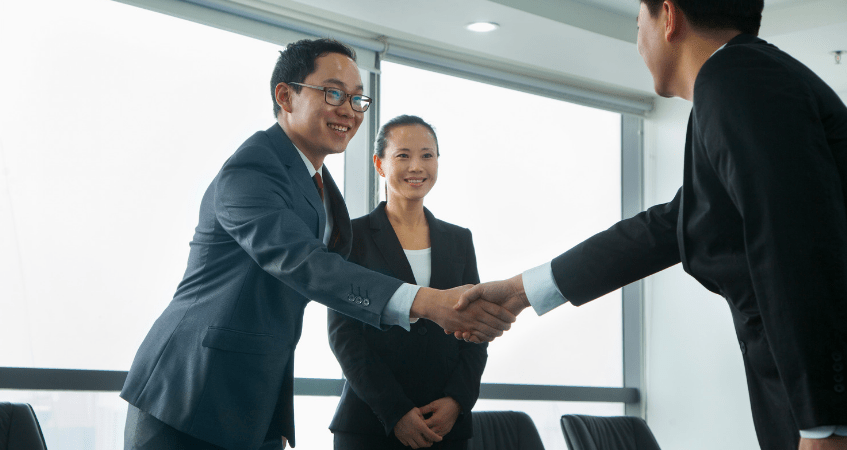 Everyone knows it takes more than words to communicate effectively. In fact, more than 65% of social meanings are translated nonverbally, according to anthropologist Edward T. Hall. Think nonverbal communication is universal? Think again! Here are 5 ways to offend and confuse people around the world without saying a word.

Your Hands Are Talking, but What Are They Saying?

Gesturing is a great way to ensure you’re getting your point across, right? Sure… but choose your gestures carefully! For example, consider the “OK” sign. Seems innocuous enough, unless you’re in France or Belgium, when it might mean “0” or “worthless.” Or in Brazil, Germany, Russia, Tunisia, Greece, the Middle East and parts of South America, where it’s a crude insult. In the Arab world, it can also be used as a curse.

And what about the “thumbs up” sign? It might seem like an easy way to signal approval, but in countries like Australia, New Zealand, Africa, South America, Afghanistan, Iran, and parts of Italy and Greece, you might be unwittingly inviting your conversation partner to “Sit on it!” How awkward.

What about pointing? Not in Malaysia, where’s taboo to point with an index finger. Use your thumb instead!

Making lots of grand sweeping gestures is almost a necessity in countries like Italy, where people “talk with their hands.” But in other countries, like Japan, it’s considered rude.

If you’re just about ready to sit on your hands to keep them out of trouble, well… don’t worry, I’m sure that’s considered unpardonably rude somewhere as well! And don’t even think about putting them in your pockets if you’re somewhere like South Korea.

The best advice is simply to ask a trustworthy local if there any obscene gestures you should avoid making.

What about tone of voice? Unfortunately, that’s not quite universal, either. Some cultures are simply more reserved than others. Unless you’re familiar with how tone of voice is used in a specific culture, be wary of using it to judge the intensity of another person’s feelings.

For example, in the Arab world, raising one’s voice may indicate sincerity or conviction rather than volume. In Eastern and Southeast Asian cultures, on the other hand, people may speak softly even when they are upset. In her book Communicating Across Cultures, Stella Ting-Toomey notes that Filipinos often perceive Americans as shouting even when the Americans believe they are speaking in a “normal” tone of voice.

Looks Can Be Deceiving

Facial expressions are mostly universal. An angry face is the same in the UK as it is in China. However, in some cultures, it’s customary to keep negative facial expressions hidden. For example, the Japanese tend to read emotions based on the other person’s eyes and tone of voice, rather than facial expressions.

A Touch Too Much?

Touch also communicates different things in different cultures. For example, in Arab cultures, it’s common for men to hold hands as a sign of friendship. In other cultures, hand-holding is reserved for more intimate relationships.

In general, people from the US, the UK and most of Northern Europe prefer their personal space. This is even more true for Japan, where a bow is still often preferred to a handshake. Mediterranean countries, Arab countries and Latin American countries tend to be more “touchy-feely,” at least between people of the same gender.

But even in countries that share a language, different expectations about personal space can lead to awkward situations, such as the time US First Lady Michelle Obama attempted to embrace the Queen.

Watch your feet! In Arab countries, sitting so that the sole of your shoe points up and toward another person is an incredible insult.

Even something as simple as nodding your head “yes” can cause confusion. In Bulgaria, it actually means “no.”

Do you feel comfy sitting with your legs crossed? Unfortunately, this is seen as disrespectful in parts of Asia and the Middle East.

So, before you set up that business meeting or leave on an international trip, do you your homework. Take a few minutes to research body language in the place you plan to travel to. You’ll be able to communicate clearly and confidently, without embarrassing yourself or offending your hosts.

Have you ever made a nonverbal faux pas with someone from a different country or culture? Share your stories in the comments!

Previous Post 9 Quirky Summer Festivals From Around The World In 2016
Next Post World Refugee Day: 5 Shattering Statistics and 3 Ways the Translation Industry Can Make a Difference