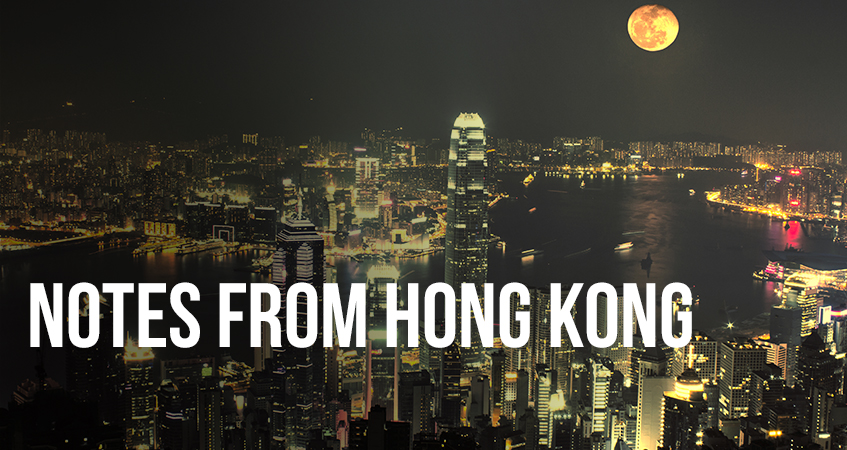 This week we have an interesting piece for the language blog from one of our exceptional team members, Liz Kim. After a whirlwind tour of Hong Kong, here’s Liz’s write up of the attractions she encountered in one of the world’s most impressive cities. Over to Liz…

Hong Kong is a fascinating, vibrant and exciting place to visit. It’s cosmopolitan yet integrally Chinese. 95% of its’ 7.1 million inhabitants are Chinese, and the city is constantly fuelled by newcomers from across the border. Now officially a Special Administrative Region of China with one of the highest population densities in the world but at the same time, it is efficient, clean and very well organised. It was originally built by pirates, merchants and adventurers in the pursuit of wealth, the top dollar is still the main preoccupation of its current inhabitants. Nowhere is it more evident than in the myriads of shops of all types and sizes, and huge elegant shopping malls housing the famous high-end retailers. Shopping is a favourite past time of Hong Kong’s designer label-conscious dwellers.

It is also an incredible place for sightseeing. My husband was on business there and I decided to join him on a spur of a moment, during the most unseasonably cold, murky and foggy weather. Due to the exceptionally low cloud cover, I couldn’t see the city from the plane. However, this did not stop me from exploring once I had finally got my feet on the ground. Later, on my first evening there, we went to the tip of Kowloon Peninsula, along the Tsim Sha Tsui Promenade to the Old Clock Tower, to see the famous nightly light show. My very first view of the Victoria Harbour at night against the backdrop of the colourfully lit tower blocks of the Hong Kong Island was unforgettable. As the Chinese New Year of the Monkey celebrations were still in progress, the city was draped in the additional spectacular decorations.

Although Hong Kong is famous for shopping and the nightlife, with the business and financial districts boasting the most of the eye-popping architecture, I was more fascinated by the old and traditional and how it coexisted with the new. I have to say I was not disappointed. Nestling among the skyscrapers, there are a number of old colonial buildings and temples serving to preserve the past and maintain the Buddhist and other religions’ traditions.

Out of the many Temples my favourites are Wong Tai Sin Temple in Kowloon, Man Mo on the Hong Kong Island and the Temple of Ten Thousand Buddha’s’ Monastery (Man Fat Sze) in the New Territories. The first is primarily a Taoist Temple which also has Buddhist and Confucian worshipping halls. Among the numerous buildings within the temple compound, you’ll find the tranquil Good Wish Garden, a miniature replica of the Summer Palace in Beijing.

You can frequently see smart, suit-clad businessmen alongside elder Chinese folk, lighting the joss-sticks and bowing to their deity amid dense smoke emitting from the incense burners in the Man Mo Temple. “Man” is a god of civil servants and literature and “Mo” is a god of martial arts and war. One could be forgiven for thinking that they might pray for prosperity for themselves but a little “misfortune” for their competitors in one “go”.

The Ten Thousand Buddha’s Monastery is not easy to find, however, it is well worth the travel to the New Territories and the steep climb over 430 steps lined up with golden statues. On the 1st temple level you are rewarded with a view of Sha Tin district, a complex of temples with a beautiful nine-floor pagoda, whereas on the 2nd level you’ll find a sleeping Buddha and a huge white statue of “Kwun Yam” (goddess of mercy) towering above it. All surrounded by even more of the golden statues.

Another must-see is the Chi Lin Nunnery in the north-east Kowloon, a large Buddhist temple complex with the adjoining green gem, the perfectly manicured Nan Lian Garden with its’ golden pagoda. While in Hong Kong you should not miss the views from The Peak and Sky 100, Mid-escalators ride, colourful street markets with exotic foods stalls, the very green, thoughtfully designed, yet tranquil gardens amid the riot of skyscrapers, vestiges of colonial past coexisting with temples, quaint shops and children’s playgrounds. This makes the city lively, busy, colourful, energising and fun.

There is plenty to see and all easily reachable by an excellent transportation system. As one of my accidental co-travellers said – he thinks of Hong Kong as a Switzerland of the Far East. I am really looking forward to going back there one day.

Check out some more travel writeups from our team here & here.