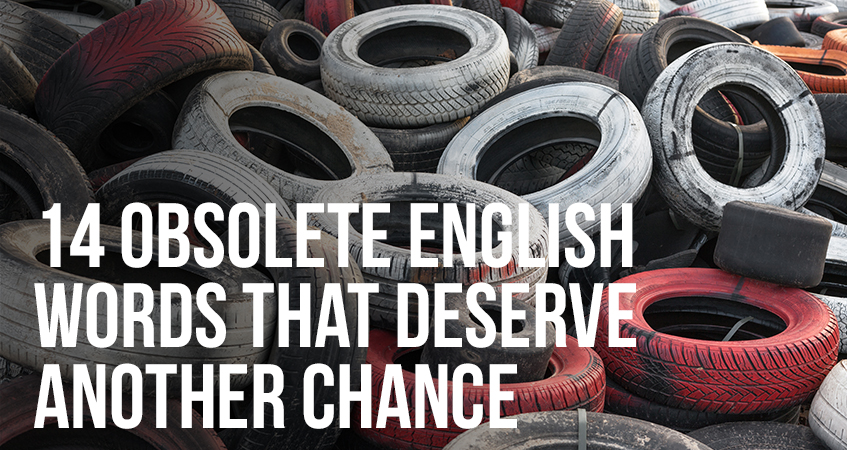 Adjective. Slow-witted; stupid. According to the United Editors Encyclopedia and Dictionary, “beef-witted”
implies “a heavy, ox-like intellect.” Other sources say it’s because back in the day, people believed that eating too much beef would make you dumb. Either way, it’s an excellent insult.

He’s so beef-witted, he asked for a price check at the dollar store!

Noun. The act or condition of being a bore.

I had to skip history class today – the professor has a serious case of boreism.

Verb. To bicker loudly about nothing.

I wish those two would stop brabbling and just break up already.

Noun: A braggart, a person with an overly high opinion of himself.

I can’t believe that cockalorum is actually running for office!

Adj: It sounds like a word Dr Seuss made up, but it’s legit.  Crapulous describes that feeling you get when you realize you’ve eaten and/or drank yourself sick.

That cake was delicious, but I shouldn’t have eaten it all. Now I feel crapulous. Ugh.

Verb: Pretending to work when you’re really just goofing off.

He pretends to be so busy, but the entire office knows he really just sits in his office and fudgels all day.

To intoxicate or confuse.

“That wine last night had me quite fuzzled. I hope I didn’t do anything embarrassing!”

Verb: To silently stare at someone as they eat, hoping they will invite you to join them.

“All right, all right! Stop groaking and share my pizza.”

Noun: The rosy red hue of an alcoholic’s nose.

Been spending a lot of time at the pub, have you? Is that grog-blossom on your nose or did you decide to join the circus?

Noun: The word “growlery” was created by Charles Dickens.  It means “a place where you can retreat from the world when you’re in bad mood.” Frederick Douglass liked the word so much that he built a “growlery” of his own in his Cedar Hill home. According to the National Park Service, it was “a tiny stone cabin” that “contained a single room with a fireplace. Douglass kept it simply furnished with a desk, stool, and couch. He retreated here to do some of his deep thinking, writing, and reading in seclusion.”

“Sit down, my dear,” said Mr Jarndyce. “This, you must know, is the growlery. When I am out of humour, I come and growl here.” — Charles Dickens, Bleak House

Noun. According to Wordnik, this is “the state or condition of being hideous; extreme ugliness. It could also refer to an extremely ugly object. Either way, it sounds a whole lot classier than “fugly.”

The hideosity of that outfit cannot be denied.

That outfit is not just a fashion faux pas, it’s a hideosity!

Verb: To scam or con.

“I thought the gentleman offering to carry my bags at the station was being helpful, but it turns out he was just trying to hornswoggle me.”

To chatter mindlessly or gossip.  According to Oxford Dictionaries, this was perhaps derived from “tattle.”

Co-workers crowded around the office watercooler, twattling about the latest petty scandal.

Relax, this word just means “a small quantity of something left over.” It’s got excellent shock value, though.

Should we get a to-go bag? No, there’s just a tittynope left.

Of course, as old words die out, new words are often born. The Internet is a double-edged sword in that respect. It seems like every time you look, the OED is adding new, Internet-inspired words or acronyms to the lexicon. However, other researchers have suggested that Twitter and text messaging are basically destroying the language. For example, author JD Davidson told the Daily Telegraph,

“You only have to look on Twitter to see evidence of the fact that a lot of English words that are used say in Shakespeare’s plays or PG Wodehouse novels — both of them avid inventors of new words — are so little used that people don’t even know what they mean now.This could be viewed as regrettable, as there are some great descriptive words that are being lost and these words would make our everyday language much more colourful and fun if we were to use them.But it’s only natural that with people trying to fit as much information in 140 characters that words are getting shortened and are even becoming redundant as a result.”

Which of these forgotten English words is your favourite? And do you know of any other good ones we’ve forgotten? Let us know in the comments!

Tags: English
Previous Post Translation News Round Up: 9 Stories to Keep You In the Know
Next Post 10 Funny Euro-English Words We Might Hear More Often If The UK Leaves the EU

9 thoughts on “14 Obsolete English Words that Deserve Another Chance ”