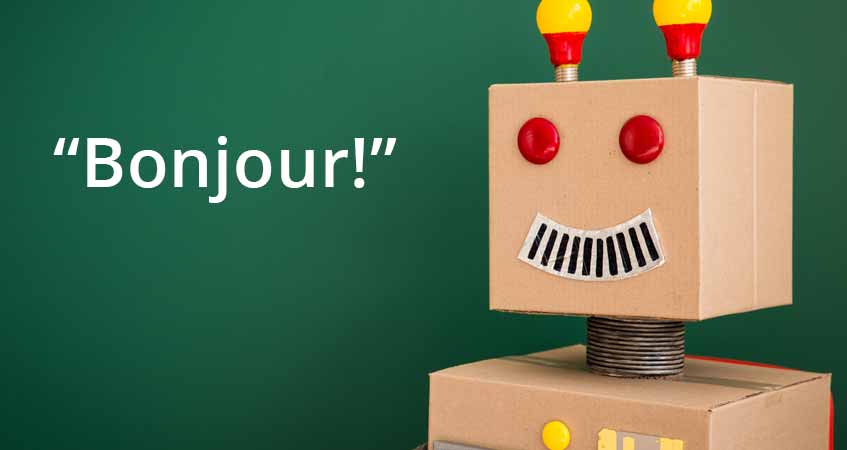 One of the earliest Utopian promises of the Internet was that it would connect the world and give different cultures a greater understanding of each other. Imagine if you could sit at a coffee shop and talk to people from across the world, and hear what they have to say. In theory, at least, everyone would emerge from the coffee shop with a better understanding of and a deeper appreciation for each other’s views.

Of course, even though the Internet allows people to communicate across continents, there’s still one problem: the language barrier. Now, an online social networking site called Meedan aims to break down the language barrier between Arabic, Hebrew and English speakers. The site uses translating software to translate members’ comments and messages to one another. Unfortunately, translation software is never perfect, and Meedan’s is no exception, as the New York Times reports.

Programmers face a number of obstacles in writing translation software aimed at translating Arabic to English (and vice versa). For one thing, currently all translation programs work by having computers review copies of human-translated documents. By giving the computer a copy of the same text in each language, it can compare the two texts and “learn” which words correspond to each other. The more translated text the computer sees, the more accurately it can translate. However, there is less common material available between English and Arabic than there is between English and many other languages.

Also, the syntax is more fluid in Arabic than in English. Arabic speakers use content and meaning (basically, common sense) to determine the meaning of a particular sentence. Computers, unfortunately, lack common sense.

According to the New York Times’ article, Meedan’s software is “surprisingly good, “ even for some abstract phrases and figurative language. However, human translators have no need to worry about being replaced by computers anytime soon-Meedan also produced this little gem:

“The mother your visit in Israel is a sleep to the favour or to the bed your mind on the conflict are Israeli Palestinian and on relational Israel Holland.”

As the New York Times’ astutely points out, given how fraught with tension the semantics of the conflicts in the Middle East are, it remains to be seen how well Meedan will be able to build to a bridge between here and there.