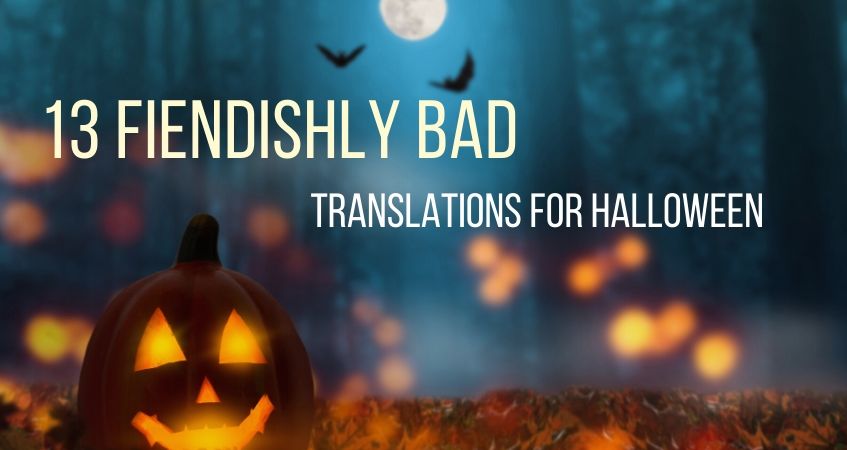 “When witches go riding, and black cats are seen, the moon laughs and whispers ‘tis near Halloween.” — Anonymous

It’s Halloween! To celebrate, let’s take a look at the dark side of translation: horrifyingly bad translations that just won’t die. Where do they come from? Sometimes, mad marketing “scientists” stitch them together, unaware that they’ve created a monster until it’s too late.  More often, they’re spawned by the brainless zombie algorithms of machine translation. Either way, these translation fails are guaranteed to give you goosebumps!

Bad Translations in Advertising: Pepsi-Cola Will Turn Your Ancestors into Zombies

In the 1960s, Pepsi launched a successful US campaign to rebrand itself into a “young, fun” drink. The slogan? “Come Alive! You’re in the Pepsi Generation!”

Unfortunately, in China this was originally translated to “Pepsi-Cola will bring your ancestors back from the dead.” There are also reports that it was initially translated as “Come out of the grave with Pepsi” in German.

Either way, the spectre of a zombie army of reanimated corpses roaming the land in search of Pepsi (and brains, presumably) did not produce the desired sales increase.  I wonder why? 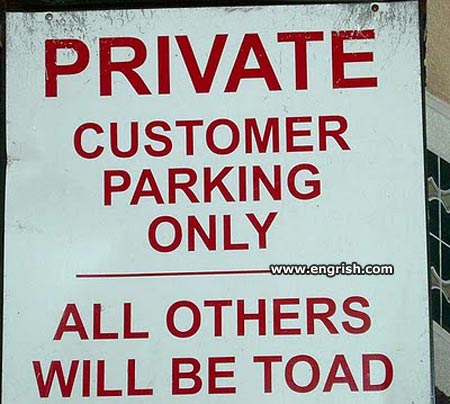 Is this a translation error, or is this parking lot owned by witches?  You be the judge …

Why Do They Need Glasses? 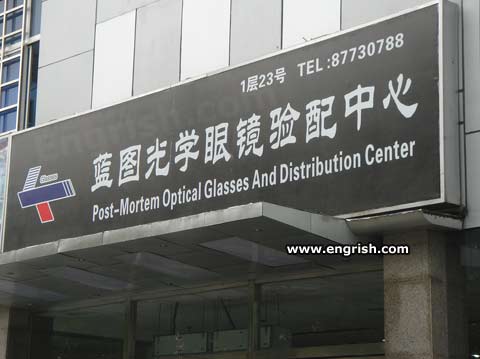 Well, we can’t have a bunch of nearsighted zombies, vampires and ghouls just stumbling around, now can we?

What’s in the Pot at the Ogre Cafe? 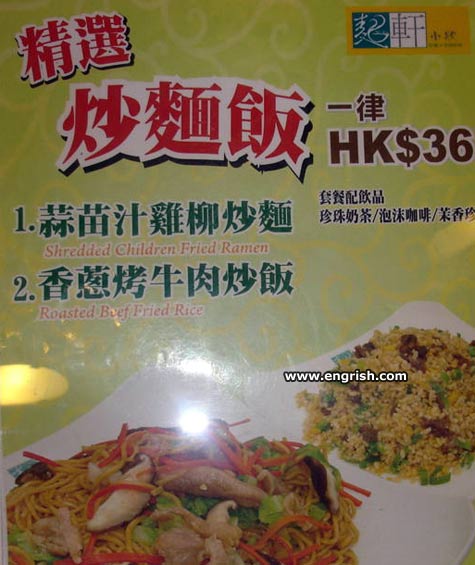 Noodles, vegetables … and a side of disobedient children, of course! When you cook them “low and slow,” they end up quite tender! 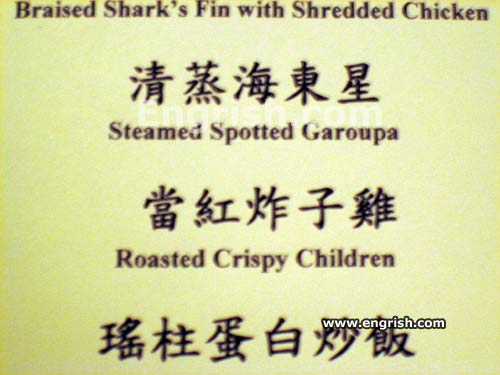 Shredded children don’t sound all that appealing to you? Perhaps you’d prefer to try them roasted, instead. The crispy skin is the best part. They’re simply lovely with some fava beans and a nice Chianti! 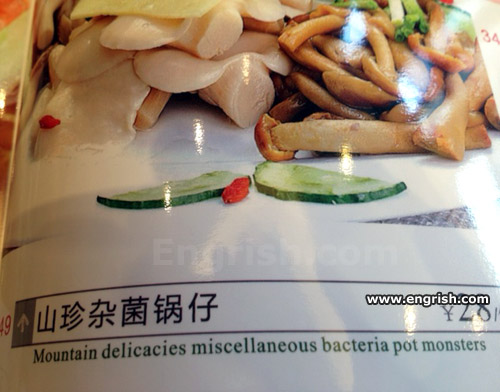 Not sure what they meant to say here, but I don’t think I’ll be ordering it.

It Puts the Lotion on Its Skin …

A sign in a Swedish fur shop reportedly advertised “Fur coats made for ladies from their own  skin.” 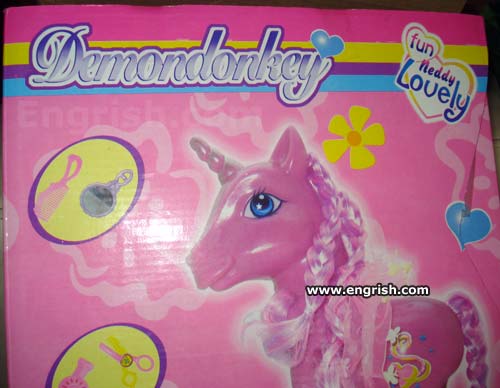 Looking for a cheaper alternative to My Little Ponies? Perhaps you should skip this Chinese knockoff. You think you’re saving money, but just wait.  It’s all fun and games until its eyes go red and your little girl starts speaking in tongues!

Would You Sell Your Soul For Some Coffee? 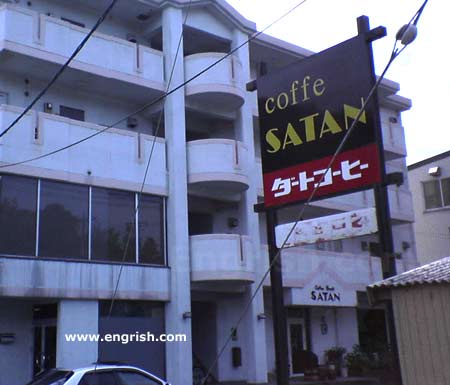 At Coffe Satan, the price is right! But do the baristas draw little pentagrams on the foam? 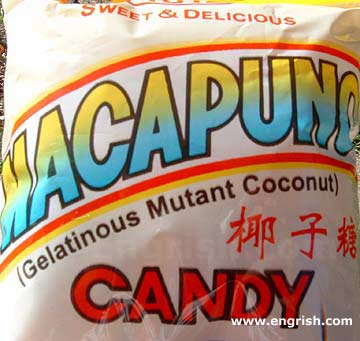 “Gelatinous mutant coconut” isn’t really a mistranslation. It’s another name for “macapuno,” coconuts with a naturally occurring genetic mutation that turns the coconut meat into jelly.

That said, even though the translation is technically correct, in the English-speaking world it sounds like something out of a horror movie.

Or, if you play Dungeons and Dragons, perhaps you’re flashing back to the time your entire party got eaten by a gelatinous cube, ” a ten-foot cube of transparent gelatinous ooze, which is able to absorb and digest organic matter.”

When Kentucky Fried Chicken opened its first Chinese franchise in the 1980s, they famously botched translating their slogan. Instead of “finger licking good,” their marketing promised that customers would “Eat your fingers off.”

However, this story has a happy ending. The brand recovered and learned its lesson. In fact, with proper attention paid to translation, KFC is now the top fast-food restaurant in China, and the most powerful foreign brand!

General Motors: Care for a Ride In the Corpsemobile?

All General Motors cars had a “Body by Fisher” emblem until the 1990s. Fisher was a well-respected auto body builder with a history that dated back to the days of the horseless carriage.   Unfortunately, that rich history did not carry through to the Flemish version of the slogan.  Instead, customers were presented with the decidedly creepier “Corpse by Fisher.”

Don’t scare your customers away with bad translation! Translation errors like these are easily avoided. The good news?  You don’t need arcane knowledge, or garlic, or wolfsbane, or a magic spell.  You just need to choose your language services provider wisely. And beware Google Translate, of course.

Want to see more frighteningly bad translations? Check these out:

Got any more scary bad translation fails? Share them with us in the comments.