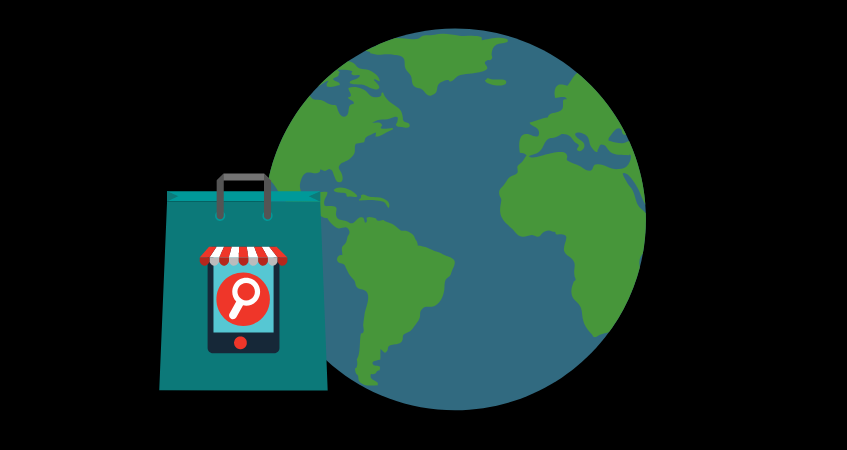 Shopify, a Canadian e-commerce company that helps small businesses and startups sell products online, was founded in 2004. The startup made waves almost instantly and grew 10x in three years. Now that it’s 2019, how have they kept up the momentum? Two words: international expansion. Let’s take a closer look at how Shopify’s localisation strategies are fuelling continued growth for the business.

A significant amount of Shopify’s recent growth is due to international expansion, as is much of their projected future growth. For example, in their fourth-quarter and full year 2018 financial results, the company notes:

“Shopify’s investments in international expansion yielded a record percentage of new merchants on the Shopify platform in the fourth quarter from outside our core geographies.”

As Investor Place notes, expanding into these new markets is essential to the company’s continued survival, and localised content is key to making that happen:

Shopify recognizes the importance of international markets for expansion. With 70% of the largest e-commerce markets being non-English speaking, Shopify must localize its platform in each region it enters.

To that end, Shopify has been rolling out the welcome mat for merchants around the world. For example, in May of 2018, the company released a Beta version of Shopify in six languages: French, German, Japanese, Italian, Brazilian Portuguese and Spanish.

Shopify’s localisation strategies: Getting by with a little help from their friends

Localisation can be a resource-heavy endeavour, but Shopify gets by with a little help from their friends. And by “their friends,” we mean their developer ecosystem. While Shopify focuses on its core service of online stores, the developers provide additional apps and services that make it easier for merchants to customise these stores and to operate them successfully.

Apps also make it easier for Shopify to offer localised service to merchants around the world. As VP of platform Brandon Chu explained to ZDnet.com,

“The farther out of our core market we go, internationally, we find our fastest growing markets have more people who rely on apps,” said Brandon Chu, Shopify’s VP of platform. “The reason for this is that, as we go to new markets, we may not know everything about local commerce or regulatory issues. Our partner ecosystem and platform lets us offer purpose built apps for those markets.”

Thanks to their developers, Shopify doesn’t have to expend the resources to learn the ins and outs of each new market. However, they’re also not leaving merchants to figure it out on their own, either. It’s a win-win for everyone!

Shopify has a significant amount of content to translate, around 6 million words a year. To cope they use a tiered system. To render less important content, they use computer-assisted translation, combined with post-editing by human translators. They’re also trialling NMT, along with human post-editing. Shopify’s Content and Localization Manager, Giulia Greco, explained the system to Slator.com in an interview published late last year:

“So far we haven’t used machine translation, only human [translation], but we are piloting some projects with machine translation [MT] for some specific language pairs for low-traffic support documentation pages. Within the context of [MT] being used within our CAT tools with post-editing, it makes us and our freelancers more efficient and faster. It is not being used on its own without post-editing.

Transcreation for Marketing and Social Media

Shopify’s translation program for marketing and social media content, on the other hand, is entirely human-powered.  Greco told Slator.com that their marketing content is almost all transcreated, or rewritten and redesigned to account for different cultural norms and preferences.

Additionally, Greco says social media content is ” created brand new by us, so it’s really copywriting in a different language, using the English as a starting point only.”

This points to something some companies overlook. Generally speaking, the more human involvement in the translation process, the better the result will be. When it comes to translation, talented professional linguists win the day.

It’s tempting to think that you can leave translation and localisation to an algorithm. Unfortunately, that’s not the case. Even neural machine translation is “good enough” if you’re lucky. Is that really how you would want to introduce your brand to the world?

We didn’t think so. At K International, we use our own bespoke technology to save you time and money. Our translation management system, Tracklingua, makes it easy to request and manage projects. We also re-use previously approved translations as translation memories, so you don’t have to pay twice.

Other than that, we rely on our talented network of linguists, translators and other professionals to ensure your content gets the results you want in the languages your customers speak. If that sounds good to you, take a look at the language services we offer and don’t hesitate to get in touch!