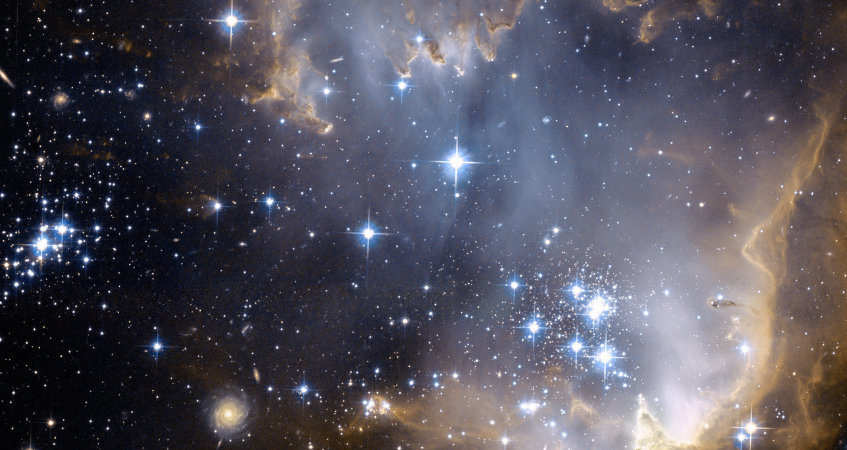 American Sign Language (ASL) is the fourth most commonly used language in the US.  It is so completely different from British Sign Language that the two languages are mutually unintelligible.  Developed at the American School for the Deaf shortly after it opened in 1817, ASL is used in the United States, Canada and several other countries.

However, until last week, it had never been used  on the International Space Station. That changed when US astronaut Tracy Caldwell Dyson gave a video address aimed at schoolchildren in ASL last week.

In the video address, Caldwell Dyson discusses how she learned sign language in college from a deaf teammate on her track team. She continued studying the language and later, as a teacher, taught  advanced science and chemistry to deaf student. Caldwell Dyson told MSNBC.com that these experiences opened her eyes to the many challenges deaf people face, as well as how capable they are of overcoming them:

“Ultimately, this isn’t really about me learning or knowing ASL. This story should be an avenue for deaf students from children in kindergarten to college undergraduates to doctoral candidates to see themselves belonging to this amazing thing called NASA and participating in scientific research and space exploration.”

In the video, Caldwell Dyson encourages deaf students to pursue careers in space if they want, telling them:

“One thing I have learned is that deaf people can do anything. The only thing they can’t do is hear. Maybe someday you can fly into space and live on the ISS.”

The 6-minute-long clip was sent to schools across the US and posted on NASA’s website, Space.com.