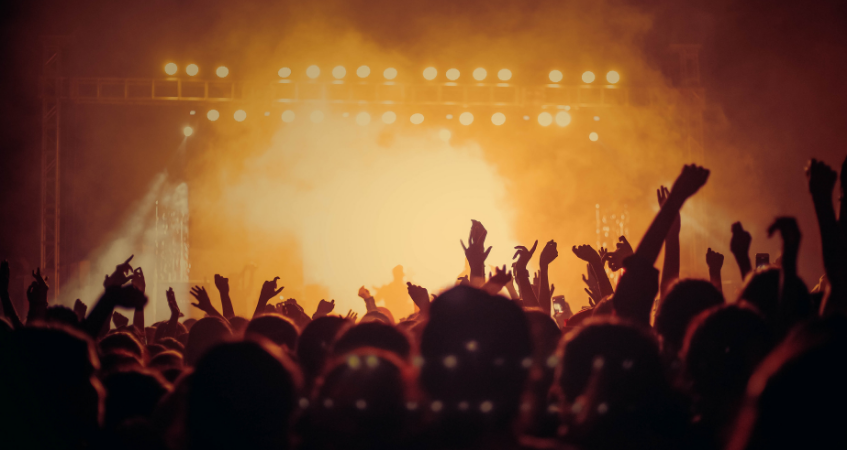 By their very nature, live concerts might seem to exclude the deaf and hard of hearing. However, it doesn’t have to be that way, as this year’s Lollapalooza concert in Chicago proved.

The concert featured Barbie Parker, a sign language interpreter from Austin, Texas. Merely signing the lyrics of the songs helps include the deaf and hard-of-hearing in the show, but doesn’t convey the whole experience. So, Ms. Parker takes sign language interpreting to the next level. Recognizing that music is more intense than spoken words, she makes her interpreting into an intense performance of her own.

As she explained to the New York Times, “Music is such a large part of who I am, I want to be able to open up that experience.”

She accomplishes this by throwing herself into the music, playing air guitar, lip syncing and basically using her whole body to interpret the rhythm, energy and emotions of the music being played while her hands interpret the lyrics. I can only imagine how exhausting interpreting a day-long festival like Lollapalooza must have been!

Her company, LotuSIGN, has carved out a niche for itself in the American music scene. LotuSIGN interpreters work at shows across the country. Closer to home, they have also been working at South by Southwest for some years now, increasing attendance by deaf and hard-of-hearing fans.

Deaf and hard-of-hearing attendees say that this style of interpreting definitely makes a positive difference. For example, one woman, Lauren Kinast, described her experience at a LotuSIGN-interpreted Rolling Stones Concert to the New York Times:

“Everything made it different, better. Having the songs interpreted in my language, understanding the emotions behind it, the meaning behind it, and being a part of the concert experience just took my love for them several notches up.”

See Ms. Parker at work and learn more about her process here: