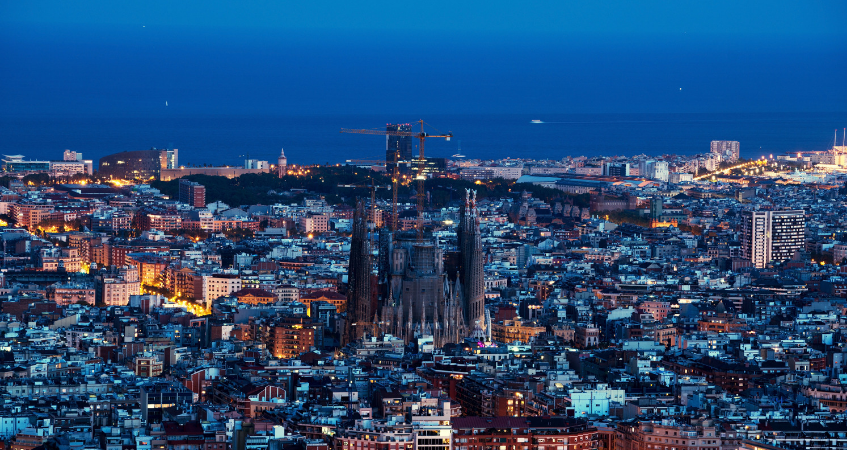 Spanish is an interesting language with a rich history, and there’s no doubt it’s one of the most important languages for businesses today. Ready to learn more about it? Here are 10 Spanish language facts you might not have known.

Spanish has over 405 million native speakers

That makes it the 2nd most commonly spoken language in the world, after Mandarin. English has only 360 million native speakers. In fact, 5.85% of the world’s population speaks Spanish.

If you count people who speak Spanish as their second language, the number of Spanish speakers climbs to 513 million. That’s just one of the reasons we think Spanish is one of the top languages to learn in 2018.

Meanwhile, about 120,000 people in the UK speak Spanish or about .2% of the population.

The number of Spanish speakers is growing

The number of people who speak Spanish as a first language is growing. In fact, some experts predict that in 2050, 750 million people will speak Spanish in the countries where it is an official language. And that doesn’t include the United States. The US has no official language, but Spanish is the most commonly spoken language after English there.  In 50 years, the US could have more Spanish speakers than any other country, provided current language trends continue.

Spanish is an official language in 21 countries

Spanish is a Romance language

That doesn’t necessarily mean it sounds romantic (although it has its place as one of the world’s “sexiest” languages). The Romance languages are a language family descended from Latin. Spanish is closely related to Portuguese and Italian.  In fact, Spanish and Portuguese are 89% similar and somewhat mutually intelligible.  Spanish and Italian are about 82% similar.

Spanish sounds different around the world

As you might expect, there are many different dialects of Spanish spoken around the world.  While they are all mutually intelligible, there are distinct variations in vocabulary and grammar that businesses seeking translation services must attend to.

For more, see Spanish Around the World: The Different Types of Spanish

English text expands by 25% when translated into Spanish

That can complicate the layout and design of translated documents and websites.  For more, see “5 Reasons Multilingual Typesetting is Harder Than You Think.”

Spanish is faster than English

Have you ever listened to a conversation between two native Spanish speakers and been blown away by how quickly they talk? As it turns out, your ears aren’t playing tricks on you. Spanish is objectively faster than English. For example, in 2012, researchers compared volunteers reading the same text in 7 different languages. Spanish tied with Japanese for having the most syllables spoken per second.

This definitely has consequences when it comes to translating scripts for multilingual voice-overs. After all, Spanish speakers are already fast talkers, and text expands when it’s translated from English to Spanish.

So, what happens when you try to fit the expanded Spanish text into the same time constraints as the English script? It’s all too easy for voice-overs to sound too fast and rushed. Sometimes, you need a skilled translator to find a more concise way to convey the information in the original text.

Spanish is the 3rd most common language on the Internet

Approximately 337 million internet users speak Spanish, making it the third most common language online.  Additionally, according to Language Magazine, Spanish is the language with the second-largest number of daily news viewers on the Internet. Spanish speakers are online, they’re active, they’re engaged . . . and if your content isn’t in Spanish, there aren’t nearly as likely to buy from you.

The Ñ is really important

The Ñ is a letter from the Spanish alphabet that we don’t have in English. It was first added to the Spanish alphabet in the 18th century. It may look like an “n” with a squiggly line on top, but do not be confused: it’s a letter in it’s own right.  Using an “n” instead of an ” ñ” can drastically change the meaning of a word.

Spanish has two genders, male (el) and female (la). Getting the gender of a noun wrong can also create some uncomfortable situations. For example, El Papa is “the pope,” while “la papa” is the potato.

Because Spanish differs so much around the world, it’s a good idea to use a translator who not only knows the language but is also familiar with differences in vocabulary, slang terms and culture in the different Spanish-speaking regions. At K International, our experienced team of translators, designers and multilingual copywriters will make sure that your message comes through loud and clear to your intended audience, no matter where they are located. Want to learn more? Contact us today!