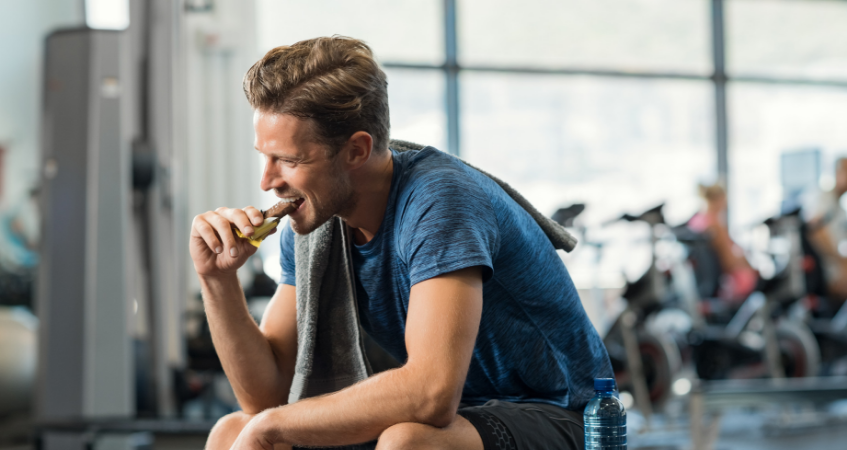 Back in 2014, an ad campaign by Lucozade was very eloquently entitled “Lucozade Sport vs Water.” In the video, two groups of athletes compete in an endurance running test on a treadmill. One group drinks water. The other drinks Lucozade. Eventually, the “water only” athletes give up one by one, exhausted, while the Lucozade group keeps going strong. The reason is, quite simply, that Lucozade “hydrates and fuels you better than water.”

As it turned out, the Advertising Standard Authority had a lot of issues with that slogan. It was based on the authorised claim that “carbohydrate-electrolyte solutions enhance the absorption of water during physical exercise.” However, a dispute ensued between GlaxoSmithKline (the then owner of the brand) and ASA. The company and the authority argued over whether or not the wording in the ad departed too much from the authorised claim. The ASA eventually ruled that it did. So, the ad was pulled off the air.

The details of the exchange between the two parties are quite technical. However, they clearly illustrate one thing: in sports food labelling, claims are a big deal. Wherever there’s food marketing there are claims, and while that holds true for all types of food, it’s even more true for sports foods, considering the size of the market. According to a report from Mordor Intelligence, the EU retail market for the three categories of sports supplements, protein products, performance-boosting products and sports drinks, is expected to grow at a CAGR of 8% from 2019-2024. Meanwhile,  Allied Market Research forecasts the European sports food market will grow to $10,429M  by 2021.

Considering taking your products to other markets? Check out our article on How to Ensure Global Success.

The old (and messy) regulation of sport foods

Since the Lucozade ad dispute in 2014, things have changed a lot for sports foods. In July 2016, the EU changed their status and started to regulate them differently.

Up until then, sports foods were part of the ‘diet food’ category (technically, Foods for Particular Nutritional Uses, or PARNUT), together with foods for young children and for people with digestive problems or on low-calorie diets. The PARNUT group was subject to different regulatory requirements, as opposed to “normal” foodstuff, which fell under the horizontal rules of food law. This separation, however, had several loopholes.

To start with, it was not always clear whether a given sport food should fall under one set of rules or the other. That lack of clarity was often an advantage for market operators, who were relatively free to choose one law or the other, depending on convenience (also known as “legislation shopping”). Consumers, however, had no way of knowing whether the claims and statements they read on the label followed one set of rules or the other. To complicate things further, Member States could apply their own national laws to cover gaps in EU regulations. For these reasons, specific sports foods labelling regulations had never been adopted.

In July 2016, the EU abandoned the PARNUT law. They replaced the concept of “Food For Particular Nutritional Use” with “Foods For Particular Vulnerable Groups Of Consumers.” The focus clearly shifted from the nutritional aspect of foods to the protection of specific categories of consumers. This shift was also aided by the diversification food products in the market place. Food companies started producing cereals fortified with B vitamins to help growing children or caffeine drinks that improve cognitive performance. These are two examples of “regular” foods that offer dietetic benefits.

The law protects those vulnerable consumers relying solely on dietetic food sources to meet their daily nutritional needs. Small children and people with medical conditions are certainly vulnerable. However, it was clear that sportspeople didn’t belong in the new group. In order to avoid regulatory limbo, sports foods and supplements needed to end up either in a new category, with special rules, or in the large group of normal foodstuff, and regulated by existing laws.

Surprisingly, the sports foods and supplements sector were not all on the same page. Two of the main trade industry associations, ESSNA (European Specialist Sports Nutrition Alliance) and SNE (Specialised Nutrition Europe) had opposite views. On the one hand, SNE advocated for special treatment of sports foods. Their concern was that including sports foods in the general law would cause a “lack of legal clarity to the detriment of sportspeople and the sector in Europe.” ESSNA however, had a completely opposite answer. They advocated that “specific regulations would hurt rather than help” the industry innovate. However, the specificity of sports foods and supplements still had to be recognised in some way.

ESSNA’s position was apparently unusual, but understandable. For a sector like sports foods and supplements, reputation is important. According to EU food law expert Craig Simpson, “At the moment it does seem like they are becoming a scapegoat every time in relation to doping, or in relation to safety incidents that are suffered by athletes.”

Your sports food label may be worth a check

How did the change to a new framework affect manufacturers of sports foods? Not much, actually. The biggest difference was the disappearance of “suitability statements.”

In these statements, the manufacturer had to declare on the label that the supplement was suitable for its claimed nutritional purposes. A suitability statement was not a real claim. Therefore, it was not subject to stricter regulations. However, it could sound like one. This constituted a significant grey area.

By now, all sports foods should have been re-labelled to comply with the new regulations. Still, sports foods manufacturers must remain vigilant to ensure that their labels comply with relevant laws in all target markets. When it comes to sports food labelling claims, single words matter a lot, even when they don’t seem to be a big deal. One example (although not related to the sports foods industry) is the Kellog’s Special K ad that the ASA took off the air. There simply wasn’t enough scientific proof to support claims that their cereals are “full of goodness” and “nutritious.”

All in all, a welcome and positive change

By bringing sports foods under the horizontal laws of food, the EU got rid of an unnecessary layer of ambiguity and complexity. That means more clarity for consumers and operators. If ESSNA is right, it also means a better reputation for the sports supplement industry.

Contact us to find out more about how our packaging compliance services can achieve your international export goals!

Tags: Packaging Translation
Previous Post Connected Packaging: The Next Big Thing?
Next Post How to Win at Multilingual SEO in 2020

An Overview of Post-Brexit Food and Non-Food Labelling

31 December 2020 marked the end of an 11-month transition period for Brexit.