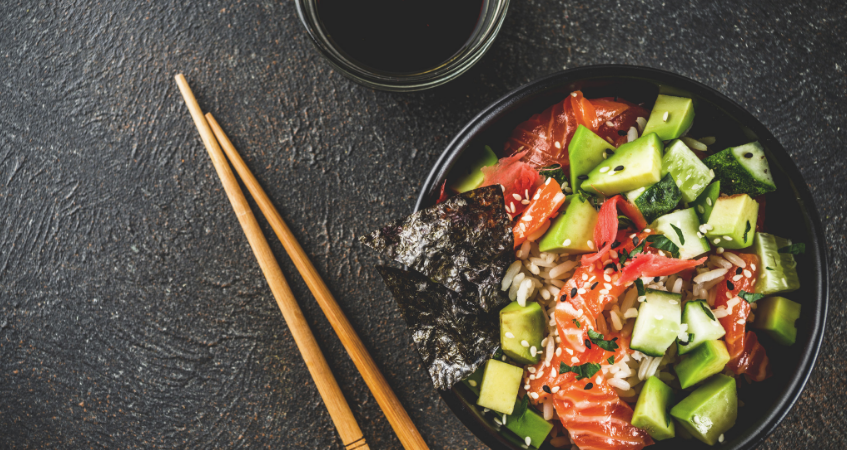 Naming a business is hard. Sometimes, it makes sense to look to other languages and cultures for inspiration. But beware: a poorly chosen trademark from another language can turn into a PR disaster later. A Chicago restaurant chain called Aloha Poke found that out the hard way earlier this month.

Here’s the controversy, in a nutshell:

The restaurant specialises in an Americanised version of a Hawaiian staple called “poke,” seasoned raw fish and rice bowls. The restaurant’s founder, Zach Friedlander, is not native Hawaiian in any sense of the word. He first discovered poke in Los Angeles. Aloha Poke has done well in Chicago and plans to expand nationwide.

So, its lawyers began sending out cease-and-desist letters to other restaurants that used the words “Aloha” and “poke” in their names. The targets included small family restaurants owned by native Hawaiians, some of which had been in business for years. Social media outrage ensued. So far, there have been protests, a threatened boycott, thousands of one-star Yelp reviews and a threatened lawsuit.

If you’re considering giving your business or product a name in a foreign language, here are four questions to ask yourself first.

Has the culture you’re taking inspiration from been historically marginalised or oppressed?

If you’re a cultural outsider, you need to be aware of the history of the culture that inspires your business. A little bit of research would have shown that native Hawaiians have historical reasons to be sensitive to and angry about exploitation from the mainland.

Is the language you’re using threatened? Is there a history of people being punished for speaking it?

“Aloha” is a Hawaiian word.  The Hawaiian language is classified as severely endangered.  The English-speaking, mostly American provisional government banned it from schools shortly after overthrowing the native Hawaiian monarchy in 1896.

After that, Hawaiian children were routinely punished, often physically, for using their language at school. They couldn’t even play games on the playground in their own language!

So, when lawyers from the mainland start sending threatening letters to native businesses for using two common Hawaiian words, it brings back some unpleasant cultural memories.

Are local, native-owned businesses already using similar names, even if they aren’t trademarked?

According to Hawaii state representative Kaniela Ing, there are several restaurants in Hawaii using some variation of “Aloha Poke” in their names.  In a video posted to social media and addressed to Aloha Poke, she said, “They should be suing you. But they probably won’t, because that’s not ‘aloha’.”

Yes, being the first to file a trademark will protect you in a court of law.  However, it won’t protect you in the court of public opinion. And consider, too, that they might know something you don’t.

For example,  Jeff Samson, the co-owner of Aloha Poke Shop in Honolulu, Hawaii, told the Guardian,

How important is the word you want to use in its culture of origin? And what does it mean?

To native Hawaiians, the word “Aloha” is much more than a simple greeting or catchphrase. It’s one of the fundamental concepts that define native Hawaiian culture. It’s sacred.  As  Kalama O Ka Aina Niheu explained to NBC News,

“Aloha is an incredibly foundational philosophy and concept. While it’s been commercialized and downgraded and ridiculed for a long time, in our tradition, aloha means ‘to stand in the presence of the breath of life.’”

There’s just no way that a company with no Hawaiian connections, like Aloha Poke,  can vigorously defend their exclusive right to use a word like “Aloha” against businesses owned by Hawaiians selling a staple Hawaiian food without it coming across as bullying and cultural appropriation.

“The word means a lot. It’s really important to us. It’s a part of who we are and how we do business. Financially, business-wise, we’re taking a hit,” she added. “And then as a Native Hawaiian, this is a direct insult to be told that we aren’t able to use our language in our business.”

Is it possible to avoid controversy in today’s atmosphere?

There’s a lot of disagreement about what does and does not constitute cultural appropriation, especially when to comes to the food and restaurant industry. But in this case, the controversy was both predictable and avoidable.  Aloha Poke has issued a Facebook apology, but it was not well-received. (Pro tip: “We’re deeply sorry that this issue has been so triggering” is not a good way to apologise.) They should probably change their name to “Chicago Poke” and be done with it.

Linguistic and cultural knowledge is an important part of marketing today.

Not only does it help you avoid missteps, but it also helps you reach more people in a way that feels authentic and welcoming to them.  If you need help translating your brand into another language, our team can help. Take a look at the services we offer, and feel free to contact us.

2 thoughts on “The Aloha Poke Controversy”