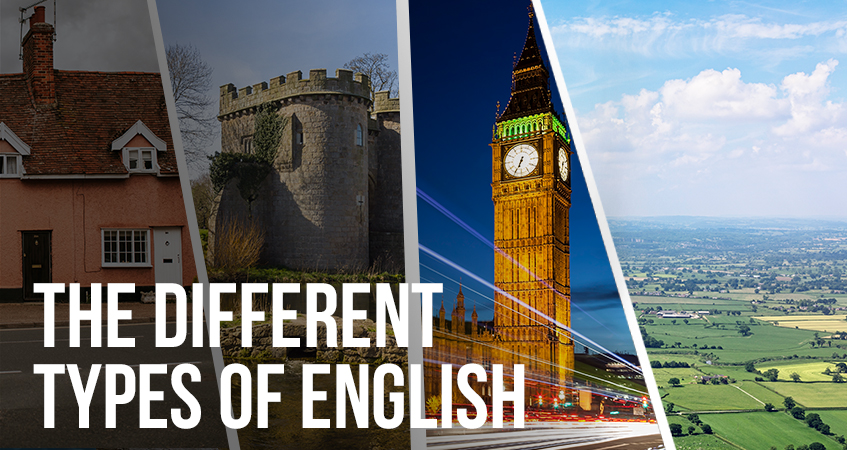 Who invented the English language? This is a question that is just as complicated and diverse as the language itself. In truth, English can be considered one of the few “melting pot” languages of the world. With far-ranging roots including (but not limited to) Germanic, Dutch, Latin, Old Norman, French and even ancient Greek. It should come as no surprise that English offers an interesting insight into the past.

However, we also need to realise that different regions of the world speak entirely different dialects while the exact same words will have entirely different definitions in regards to where we live. Believe it or not, we do localise (or should that be localize) texts for different ‘English’ speaking markets, this is part of our Transcreation Service. Let me show you what I mean and take a look at some examples that will leave you tongue-tied at the end of this article.

The USA Vs the UK

Let’s assume that a British citizen is visiting the states and needs some repair work done on their car. Strutting into a garage and asking the employee to take a look under the bonnet would be quite confusing. “Bonnet” is the head covering for an infant. “Hood” refers to a vehicle. Still, the laughs don’t stop here. Many an American has found himself red in the face after referring to his trousers as “pants”. Suddenly, privacy seems to have been thrown out the window. In the same way, an English woman would never be caught dead wearing a “fanny pack” around town for obvious reasons! I blogged about this a couple of weeks ago on the Association of Language Companies’ blog, the link is here – US and UK English.

America stands alone in terms of this difference. Those who have ever visited the US of A or watched Sesame Street have chuckled at the “zee” pronunciation of the typically English “Zed”. To Americans, this must sound as if we are pretending to be Bruce Willis in Pulp Fiction which is enough reason I ever need to keep doing it. Zed’s dead baby, Zed’s dead…. brrrrrrrrrrrrmmmm.

Down Under with a Twist

I often get mistaken for an Australian when I go to America. If we compare the slang from down under it’s not that far away from UK English, I mean it’s different but I see why people think that.

The major disparities regarding English are not limited to Great Britain and Americanisms. Sunglasses just don’t seem to do the trick down under, for here they prefer the term “sunnies”. As if these examples were not already confusing enough, let’s consider that Americans use the word apartment, Brits nearly always call it a flat and yet in Australia, the same living space is simply called a “unit” (a somewhat Orwellian concept to be sure)!

Nobody ever says G’Day, if you do people will think you’re weird. Ute which is a truck. You’d take your Ute to a Servo to fill up with fuel. You get a drink from the bottleo. A thong is a flip-flop, a wife beater is a tank top a cozzie is a swimming costume. The say footpath never pavement or sidewalk. A toilet/restroom the Aussies call it a dunny.

There are thousands of others… I’ll let Kylie explain:

We now need to throw New Zealand into the mix. Although this country is not nearly as populous as the United Kingdom, Canada or the United States, they have nonetheless developed some words that will leave outsiders feeling like a manus (or as we would say an imbecile).

Those who prefer the relaxed approach are more likely to say “flag” as opposed to “I can’t be bothered”. Food here is frequently referred to simply as “kai” while Americans are known to use the words “grub” and “chow”. When walking down the street and greeting a friend, New Zealanders are apt to exclaim “hangum!”. Are you confused enough yet? This is just the beginning. Let us take another trip across the Atlantic and look at a few more strange linguistic differences.

All About the Details

One long-running joke is the term bathroom as opposed to toilet. Any American visiting the United Kingdom should make it a point to know the difference. He or she could be quite disappointed to ask for a bathroom while in a restaurant only to learn that all that is provided is a toilet!

Americans will ask “do you have a problem?” while the English enquire “have you got a problem?”. In the States, it is better to ask if the elevator is functioning as opposed to the lift. Also, be careful when visiting cities such as New York to walk on the “sidewalk” as opposed to the “pavement”. Pavement in the United States signifies ANY paved surface; a tricky subject when trying to avoid traffic! Likewise, Americans may be slightly confused to hear the term “mains” water and gas. The word “mains” has no such meaning in reference to utilities.

Of course, these are only a few of the more common examples. To highlight how English has changed over the years in different areas of the world, let’s take a look at a quick comparison chart.

These are some of the more common examples and there are many, many more divergences between American English and that which is spoken throughout other parts of the world.

I have highlighted some of the differences between American English and British English. However, it should not be forgotten than Canadian English has a few unique terms of its own. For example, a lollipop (American) is known simply as a sucker in Canadian. Water fountains are referred to as “bubblers”. A “sub” sandwich (American) can be called a “hoagie” in Canadian. In the United Kingdom and Canada, suspenders are used to hold up a pair of female stockings while they support trousers (pants) in the United States. In America, you need to open the trunk of a car as opposed to its boot. Likewise, a boot sale is often termed a “garage sale” in the United Kingdom and some parts of Canada. Perhaps the most notorious change is when a Canadian refers to soda as “pop” (top tip: this gets under the skin of Americans every time).

What is most interesting is that such discrepancies are likely to increase as time goes on. Whether referring to informal slang or everyday words, just because we speak the same language does not necessarily signify that we speak the SAME language. So, be sure to keep this in mind when visiting other regions of the world such as Australia, New Zealand or the United States! Let me know which ones I’ve missed in the comments below…

0 thoughts on “The Different Types of English”